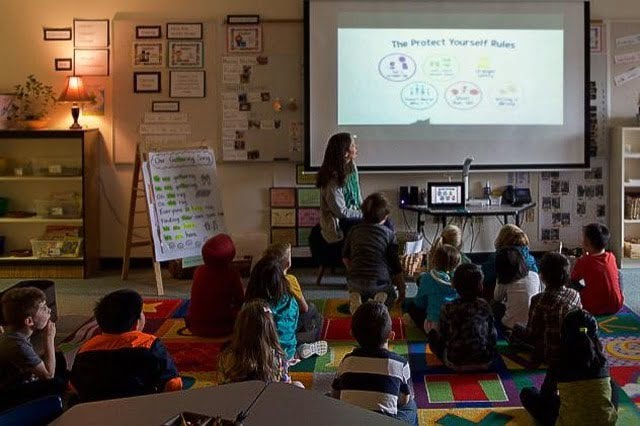 The debate over whether schools should teach sex education to minors has been going on for decades. But now, perhaps more than ever, many parents are horrified by what their children are being taught – especially when parents, despite their religious beliefs, have no say about the teaching materials. In a small California community, parents and clergy were so appalled at the explicit and LGBTQ-inspired lessons, they went undercover to investigate deeper. What they discovered at a Riverside County Comprehensive Health Education meeting so horrified them, they determined to stop the curriculum.

Our Watch President Pastor Tim Thompson said, “We don’t want our children exposed to some of these things they are showing, th(is) pornographic, sexually explicit material. It has no place in the classroom. It’s not right, and it won’t be tolerated.”

Thompson was referring to Positive Prevention Plus, the text for sex ed classes. John Andrews, parent of a student in the Murrieta School District, was sick over the explicit material depicted in the “educational” materials. He said:

“If I were to show that material to a child, I would be brought up on charges. But somehow our public schools are allowed to teach this to junior high and high school kids.”

The graphics in the instructional guides use cartoon images so detailed that many parents found them inappropriate. Wanting to discover more about what children would be learning, Thompson’s group attended meetings held by the school boards. At one particular meeting in Riverside, a woman went “undercover” and recorded the event. Thompson said he was shocked to discover some of the biggest contributors to the new sex ed curriculum included Planned Parenthood and Cardea Services, which he said is a huge advocate for the LGBT community. Another shocker was that the American Civil Liberties Union (ACLU) was on hand to explain how to excuse children from class to get abortions without parents finding out.

“We knew parents had to see for themselves or else they weren’t going to believe it,” Thompson said, referring to the video he posted.

In the video, ACLU Attorney Ruth Dawson can be heard describing how to give students seeking an abortion an excused absence. She explained that the excused absence was necessary to ensure the school would still receive its financial support. However, the schools needed to ensure that the parents would not find out, so they needed to find a way to prevent their phone systems from making automated calls to parents informing them of students’ absenteeism.

And if that isn’t confusing enough, she added, “Then we have ‘who are you physically attracted to’? Emotional attraction is also separate from physical attraction.”

But wait, there’s more. Dawson described the complex world of identities in talking about LGBT, and she went on to list some of them:

It is “a clear political agenda to destroy the traditional family in America,” said Parental Rights in Education Executive Director Suzanne Gallagher to the Daily Caller.

“Until now, the American family was considered to be the foundation of civic life; the smallest form of government, where children are taught responsibility, respect for authority, and national pride. Now, legislation passed throughout the states is designed to support minor rights, not parents’ rights. In the name of equity and inclusion, children are required to know and accept every form of sexual behavior, even though those behaviors are dangerous and contrary to their parents’ beliefs.”

Mary Rice Hasson, author of “Get Out Now: Why You Should Pull Your Child from Public School Before It’s Too Late,” attorney, and director of the Catholic Women’s Forum, said that Our Watch’s video was “deadly accurate.”

“Who gave progressive LGBTQ activists, Planned Parenthood, or the ACLU the right to teach other people’s kids about queer identities and explicit sexuality?” Hasson asked. “Especially over the objection of the kids’ own parents?”

Unfortunately, parents’ rights are being usurped by government and schools, and there doesn’t seem to be much hope reclaiming that power any time soon. In the quest for equality and inclusion,  traditional Christian family values are being threatened.