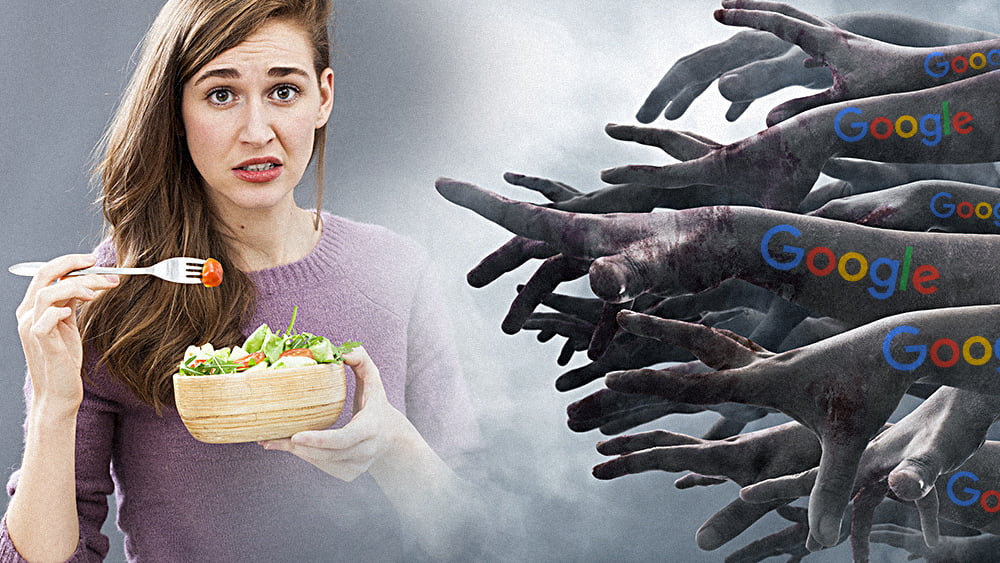 As you’re probably aware, honest and accurate information about natural health and wellness is increasingly hard to come by on Google now that the tech platform is altering autocomplete results and even banning entire websites in an effort to prevent users from pulling up anything on the web other than Big Pharma propaganda.

While it might appear that this is just another manifestation of Big Tech’s collusion with Big Pharma, which has deep pockets and thus plenty of influence, the truth is that Google has actually morphed into its own pharmaceutical conglomerate, which means it now has a vested interest in censoring the truth about superfoods, dietary supplements, and other non-pharma approaches to healthy living that threaten drug and vaccine profits.

As recently reported by Gary Null and Richard Gale, Google actually now has a pharmaceutical division that’s headed up by none other than the former chairman on global vaccine business for GlaxoSmithKline (GSK), a multinational drug giant that’s repeatedly been implicated for criminal fraud.

As it turns out, Google’s parent company, Alphabet, has launched not just one but twoseparate pharmaceutical companies within the past six years. The first was Calico, founded in 2013 and run by Arthur Levinson, the former CEO of Genentech, whose Rituxan drug for lymphoma has been implicated in multiple patient deaths.

The second Google-founded pharmaceutical company is Verily Life Sciences, previously known as Google Life Sciences, which we reported had released 20 million mosquitoes infected with a fertility-destroying bacteria into the heart of California.

Both Calico and Verily Life Sciences are actively partnering with other drug companies, including GSK, to create even more new drug companies, as well as new classes of drugs like “bioelectronic medicines” that they hope will become “blockbusters” that reap maximum profits. Google recently formed a $715 million partnership with Galvani Bioelectronics, as one example, which is being chaired by the same former GSK chairman of global vaccine business that heads up Google’s pharmaceutical division.

“Google today is not only a weapon for promoting the pharmaceutical agenda but now also a drug company itself,” Null and Gale explain in their analysis.

Google’s president of “customer solutions” sits on Merck & Co.’s board of directors

Merck & Co., the manufacturer of the infamous MMR vaccine for measles, mumps, and rubella, is another big name in the drug industry that’s similarly connected to Google, with Mary Ellen Coe, Google’s president of “customer solutions,” currently also sitting on Merck’s board of directors.

Merck, as you may recall, is considered to be one of the world’s “Big Four” vaccine manufacturers with a whole lot to lose when parents exempt their children from getting vaccinated. This would explain why Google, just like Amazon and many other tech platforms, has been busy censoring content that questions vaccine safety and efficacy.

“This strategy, laid out 6 years ago, has picked up steam whereby now companies such as Google and Facebook have been absorbed into the pharmaceutical machinery,” Null and Gale go on to explain. “The dire results from this marriage (are) already being felt as Wikipedia and other virtual social media have become just another mouthpiece for Big Pharma.”

For more related news about Big Tech’s marriage to Big Pharma and what this will do to free speech online, be sure to check out BigPharma.Fetch.news and EvilGoogle.news.

Profiting from criminality: Google has already raked in more than $1 billion from illegal online pharmacies

In addition to becoming its own pharmaceutical conglomerate, Google has also now been exposed as a co-conspirator in illegal online drug sales. According to reports, Google has already raked in well over $1 billion from illegal online pharmacies which, unlike natural health content, are not being blocked from search results or removed from Google’s autocomplete feature.

The Department of Justice (DOJ) is reportedly planning to claw back about $500 million of that ill-gotten profit in the form of fines, though these fines have yet to be levied.

Meanwhile, Amazon recently spent $1 billion to acquire a drug company known as PillPack that “presorts medications, then ships them directly to customers’ homes in 49 states.” According to reports, Amazon is also working with another drug firm to invade medical records and identify patients that might be eligible for “experimental cancer drugs” – meaning even more profits both for Amazon and Big Pharma.

This would seem to be Big Tech’s new business model: to use its unchecked censorship power and monopolistic control to continue silencing all truth while amassing even more power and control by acquiring and absorbing high-profit industries such as pharmaceuticals – the endgame being the total destruction of free speech, competition, and individual liberty.

Google has already admitted that it plans to thwart its search engine results to favor the drugs and vaccines produced by its own pharmaceutical companies, including the offerings of Verily Life Sciences.

Badhri Srinivasan, the head of global development operations at drug giant Novartis told the media during a recent interview that Google is already “engaging” users who suffer from asthma symptoms, for instance, pointing them to asthma drugs that will financially benefit Verity and Google.

“This is why Google, Amazon, Facebook and others are trying to erase and discredit all Vaccine Risk Awareness books, posts, websites, information, pages, etc. … because Big Tech has merged with Big Pharma,” Null and Gale warn. “They are one-in-the-same and have the same agenda.”

For more related news stories, be sure to check out Corruption.news and Censorship.news.