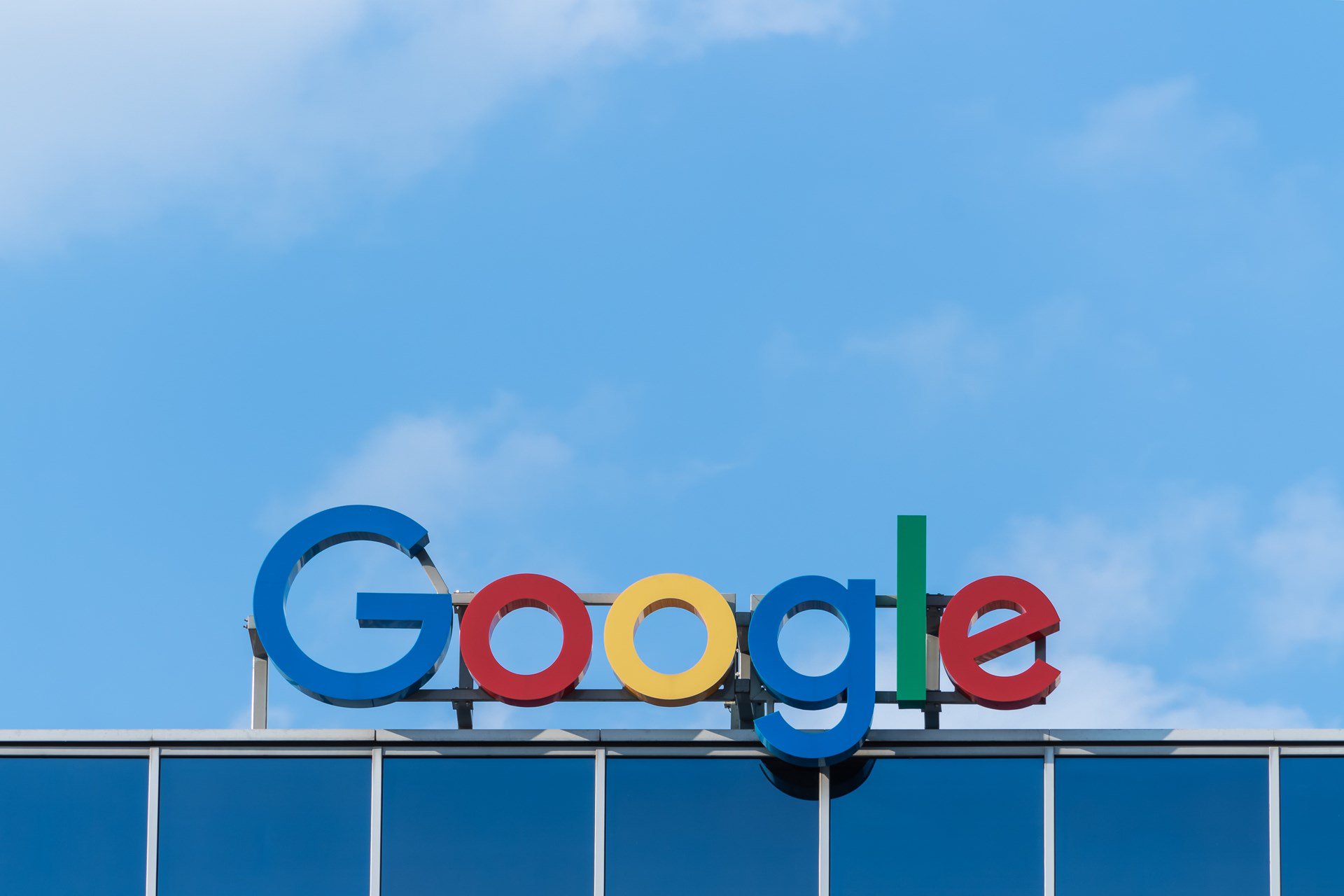 For their unorthodox views, some physicians are being treated as medical heretics. Google’s search engine algorithm has essentially ended traffic to their websites.

The totalitarians claim noble goals for book burning. They want to spare citizens unhappiness caused by having to sort through conflicting theories.

The real aim of censorship, in Bradbury’s dystopia, is to control the population. Captain Beatty explains to the protagonist fireman Montag, “You can’t build a house without nails and wood. If you don’t want a house built, hide the nails and wood.” The “house” Beatty is referring to is opinions in conflict with the “official” one.

If you don’t want a man unhappy politically, don’t give him two sides to a question to worry him; give him one. Better yet, give him none. Let him forget there is such a thing as war. If the government is inefficient, top-heavy, and tax-mad, better it be all those than that people worry over it.

When making decisions, we often face conflicting theories. Daily, we face choices about what to eat. Although the government issues ever-changing dietary guidelines, thankfully, the marketplace supports personal dietary decisions ranging from carnivore to vegan. We are free to choose our diet based on our evaluation of the available evidence and the needs of our bodies.

When we face health issues, decisions become tougher. There is an orthodox opinion, and there are always dissenting opinions. For example, the orthodoxy recommends statins to reduce high cholesterol. Others believe high cholesterol is not a health risk and that statins are harmful.

Nobel laureate in economics Vernon Smith was taking a prescribed statin and recently observed the impact it was having on him:

In the last week I had a very clear (now) experience of temporary memory loss. I did a little searching and found this article summarizing and documenting the evidence over many years.

Such incidents have been widely reported, but the problem did not arise in any of the clinical trials, but neither were they designed to detect it.

Smith had to weigh the purported benefits against the side effects:

Statin effectiveness in reducing heart/stroke events needs to be weighed against this important negative. Since I am actively writing, this is a primal concern for me, and I have stopped taking it.

A free person understands that there is no one “best” pathway. Although experts have knowledge, a free person takes responsibility, makes a choice, and bears the consequences. We never know what the consequences would have been had we made a different choice.

Some people don’t like to take responsibility for health choices. They prefer to do what they’re told by the doctor.

“Do you understand now why books are hated and feared?” asks Ray Bradbury’s character Professor Faber in Fahrenheit 451. Faber responds to his own rhetorical question:

Because they reveal the pores on the face of life. The comfortable people want only wax moon faces, poreless, hairless, expressionless.

Bradbury is reminding us that life is messy. Often there is no comfortable one-size-fits-all solution to the challenges we face.

There are good reasons to be concerned that we are losing access to information with which to evaluate opposing sides of health issues.

Duke University’s Dr. Ann Marie Navar is the Associate Editor of JAMA Cardiology. In her article, “Fear-Based Medical Misinformation,” she rails against the “fake medical news and fearmongering [that] plague the cardiovascular world through relentless attacks on statins.”

Dr. Navar takes the position that concerns about safety are “fake medical news,” spread in part by ignorant patients via social media. Don’t worry, she counsels, reports are incorrect when they claim “that statins cause memory loss, cataracts, pancreatic dysfunction, Lou Gehrig disease, and cancer.”

To be sure, more physicians would agree with Dr. Navar than Dr. Brownstein, but should treatments be dictated by those on one side of the argument? After all, due to human variability, statins may both save some lives and impair or kill other people.

With some doctors questioning whether to prescribe statins for everyone, there is a large financial incentive to stifle debate.

Can you imagine a future government-controlled health care system, completely captured by the pharmaceutical industry, mandating statins for everyone? I can.

There are good reasons to be concerned that we are losing access to information with which to evaluate opposing sides of health issues, like the statin debate. Already Google is “burning” sites that question the medical orthodoxy about statins.

Mercola.com, operated by Dr. Joseph Mercola, is one of the most trafficked websites providing alternative views to medical orthodoxy. If I were researching statins, I would certainly read several of the numerous essaysquestioning statin use and the cholesterol theory of heart disease. Essays at Mercola.com usually provide references to medical studies. Personally, since Dr. Mercola sells supplements and I am a supplement skeptic, I read his essays—like I read all medical essays—with a grain of salt.

Dr. Kelly Brogan is a psychiatrist who has helped thousands of women find alternatives to psychotropic drugs prescribed to treat depression and anxiety. In her book, A Mind of Your Own: The Truth About Depression and How Women Can Heal Their Bodies to Reclaim Their Lives, Brogan reports that one of every seven women and 25 percent of women in their 40s and 50s are on such drugs. She explains,

Although I was trained to think that antidepressants are to the depressed (and to the anxious, panicked, OCD, IBS, PTSD, bulimic, anorexic, and so on) what eyeglasses are to the poor-sighted, I no longer buy into this bill of goods.

For their unorthodox views, Dr. Brogan, Dr. Mercola, and others like them are treated as medical heretics. Dr. Brogan and Dr. Mercola have documented (here and here) how a change in Google’s search engine algorithm has essentially ended traffic to their websites.

From time to time, Google updates algorithms determining how search results are displayed; there is nothing inherently nefarious in such actions. Google has achieved its market position by doing a better job than other search engines.

According to Dr. Mercola, before Google’s most recent June 19 algorithm update,

Google search results were based on crowdsource relevance. An article would ascend in rank based on the number of people who clicked on it.

After their June 19 algorithm update, Google is relying more on human “quality” raters. Google instructs raters that the lowest ratings should go to a “YMYL page with inaccurate potentially dangerous medical advice.” YMYL stands for “Your Money or Your Life.” Google says,

Does that sound reasonable? If a site argues for treatments other than the medical orthodoxy then, by definition, the site can arouse readers’ cause for concern and, for some people, unhappiness. Do we really want Google to assume the role of Bradbury’s firemen?

Google wants to protect you from conflicting opinions. And if you don’t think that’s a problem, imagine sometime in the future when searching for information on monetary policy you only find results for Modern Monetary Theory.

Google thinks its intention to “do the right thing” is enough to prevent abuses; some Google employees would disagree.

Google is not eliminating access to alternative health pages; it is making it harder to find them. Typical health searches will still generate plenty of “facts,” just not conflicting facts. In Fahrenheit 451 Captain Beatty explains the government’s strategy: “Give the people contests they win by remembering the words to more popular songs or the names of state capitals or how much corn Iowa grew last year.”

Instead of “conflicting theory,” Captain Beatty explains the strategy is to “cram” the people “full of noncombustible data, chock them so damned full of ‘facts’ they feel stuffed, but absolutely ‘brilliant’ with information.”

Filled with “facts,” Captain Beatty explains, people will “feel they’re thinking, they’ll get a sense of motion without moving.” Beatty assures Montag that his fireman role is noble. Firemen are helping to keep the world happy.

The important thing for you to remember, Montag, is we’re the Happiness Boys, the Dixie Duo, you and I and the others. We stand against the small tide of those who want to make everyone unhappy with conflicting theory and thought. We have our fingers in the dike. Hold steady. Don’t let the torrent of melancholy and drear philosophy drown our world. We depend on you. I don’t think you realize how important you are, to our happy world as it stands now.

The only way Google will maintain its dominance is to continue to meet the needs of consumers. Whether Google continues to “burn” websites is up to us. Google will continue to sort out unorthodox views as long as “we” the consumer continue to rely on Google’s search engine.

Twitter sale on hold: Musk believes that up to 90 percent of Twitter’s entire platform is fake

Call To Action: The World Health Organization Is Taking Away Nations Sovereignty