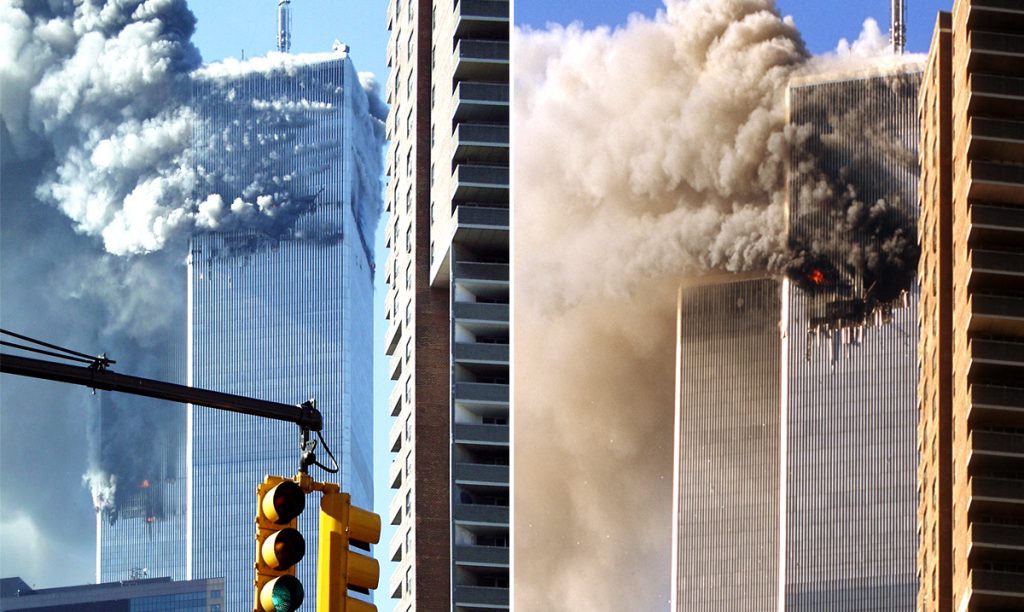 While it has been around 18 years since 9/11 took place, every American that was lucid on that day still has that deep-seated sense of sadness and trauma they felt in those moments our sense of safety was forever shattered. In the years since, several videos, pictures, and recordings have flooded the internet- but this one will give you goosebumps.

The video I am referring to was taken by a New York University student named Caroline Dries that was on the 32nd-floor dormitory for the school at 200 Water Street. At the time, she probably didn’t realize her footage would become one of the most deeply cutting pieces of footage that were taken that horrible day.

And while she has moved on to become quite successful as a television writer and even a producer for shows as famous as Melrose Place, The Vampire Diaries and Smallville, this particular clip weighs much deeper on the minds of Americans than any of her prime time hits.

In the video, you can hear her roommate Megan talking to her mother, and in horror, she explains the situation unraveling before her eyes. At the time, she doesn’t know that terrorists are carrying out the attacks against the tallest buildings in New York City, as well as the Pentagon.

Instead, she explains that there has been what she believes is an explosion.

As the attacks continue, another plane then hits the buildings- causing them to flee from their apartment in horror. When speaking with CNN, Caroline explains: “I just remember feeling, ‘I don’t know what to do.’

That feeling of being so vulnerable was so overwhelming; and so, we ran out of the apartment, took the elevator down to the street, and it was just kind of pandemonium with no one knowing what [was] happening.

It took the kind of ten years for me to understand why this footage is special. People, I think, want to remember the details clearly and to hold onto it because they know how significant it was.

Sometimes I think it would have been nice to have not filmed it — to just have run and let time kind of erase all the details and it would have gone a little faster.”