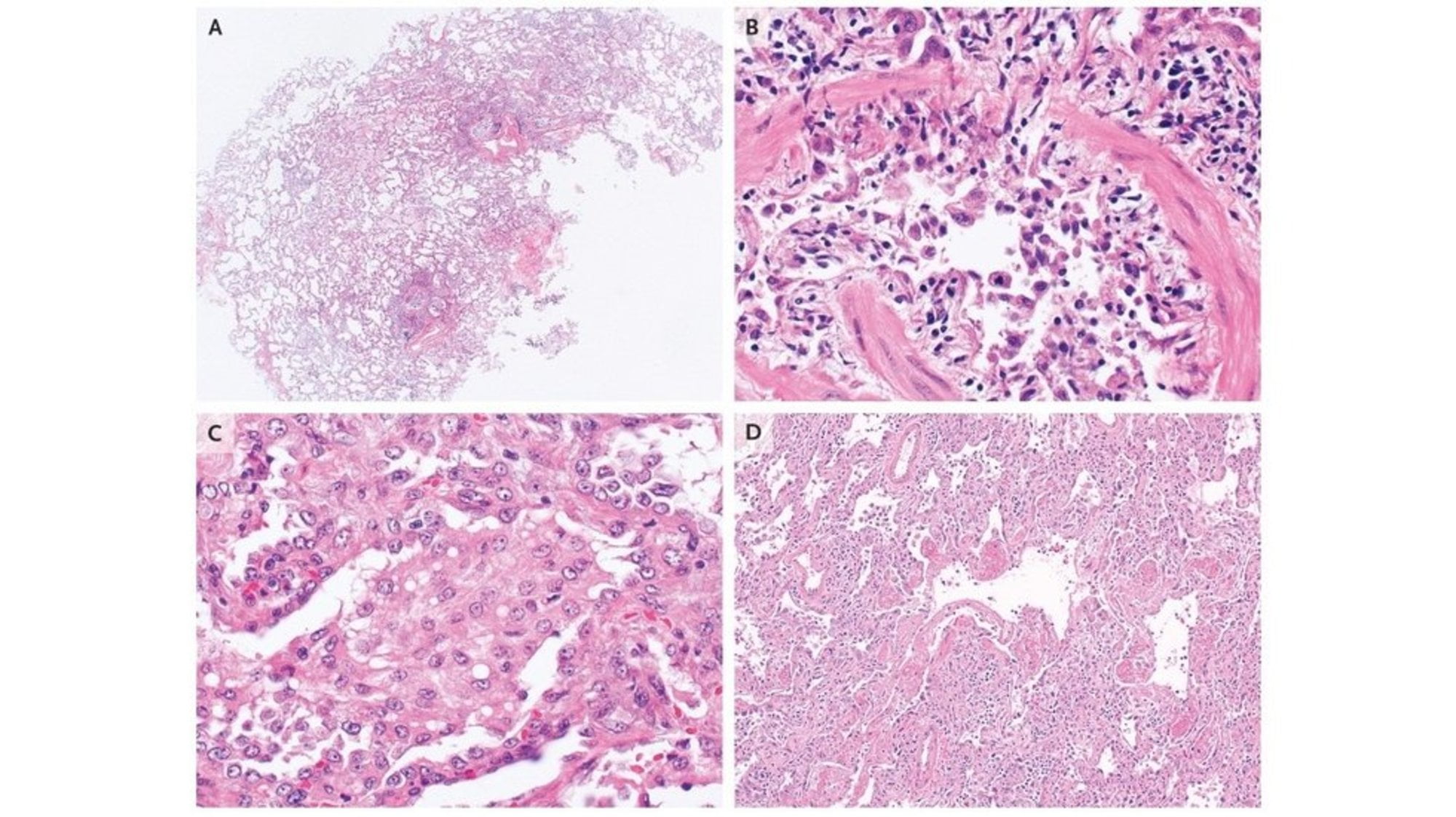 People who develop respiratory illnesses after using e-cigarettes to vape nicotine and marijuana are showing symptoms akin to chemical burns in their lungs, according to new research by Mayo Clinic doctors.

The illness is causing lung damage that resembles injuries from chemical weapons used in World War I such as mustard gas and those found in industrial workers after a toxic chemical spill, Dr. Brandon Larsen, an Arizona-based surgical pathologist at the Mayo Clinic and senior author of the study, told the New York Times.

The doctors, who published their findings this week in the New England Journal of Medicine, examined biopsies from 17 of the more than 800 people around the country since April who have developed a deadly respiratory illness from vaping — including two who died from the illness.

New resource for physicians and health care professionals — on a new page, NEJM presents a collection of recently-published articles and other resources, including clinical reports and commentary on e-cigarettes and #vaping-related disease. See it now. https://t.co/8dRxQqwGxB

The study marks the first formal research using lung tissue samples of patients with the mystery illness, and the first time toxic chemicals have been considered as the primary culprit.

Previously, the prevailing theory was that oil additives in vape juice had been causing fatty acid to build up in the lungs, CNBC reported, but no cases in the Mayo Clinic study showed any evidence to that effect.

Instead, the doctors observed tissue damage and cell death in the airways and lungs suggestive of pneumonia from inhaling “noxious chemical fumes.” According to the New York Times, when the body tries to heal the damage, swelling tissue and fluid build up can make breathing even more difficult.

“Based on what we have seen in our study, we suspect that most cases involve chemical contaminants, toxic byproducts or other noxious agents within vape liquids,” Larsen said in a press release.

Finding out exactly which chemicals are causing the illness will require additional research, Larsen told CNN, but researchers have begun to hone in on patterns across the cases that could eventually point to the cause.

"Everyone should recognize that #vaping is not a wise thing to be doing, and I think our research supports that," says Brandon Larsen, M.D., Ph.D., the senior author of a Mayo Clinic study on vaping-associated lung injury. https://t.co/cFkQHkIwUJ @NEJM @CDCgov #pneumonitis #THC pic.twitter.com/YBfD7gkQDZ

For instance, the Mayo Clinic researchers said that more than 70 percent of the cases involved people who vaped marijuana or cannabis oils, CNN reported.

This supports previous reports from the Centers for Disease Control and Prevention, which noted that 77 percent of patients who reported having the illness had used vape products that were acquired illicitly and often contained THC, the primary psychoactive ingredient in marijuana.

In response to the outbreak, a number of states have issued bans on vapes and the CDC has warned against using e-cigarettes and buying vape products off the street. The agency also urged users to avoid adding any substances to vaping products that were not intended by the manufacturer.

“Everyone should recognize that vaping is not without potential risks, including life-threatening risks, and I think our research supports that,” Larsen said in the press release. “It would seem prudent based on our observations to explore ways to better regulate the industry and better educate the public, especially our youth, about the risks associated with vaping.”