Prepare For Change
Home ARCONTES Israel Has Murdered 500 Palestinians Since Trump Declared Jerusalem the Capital of... 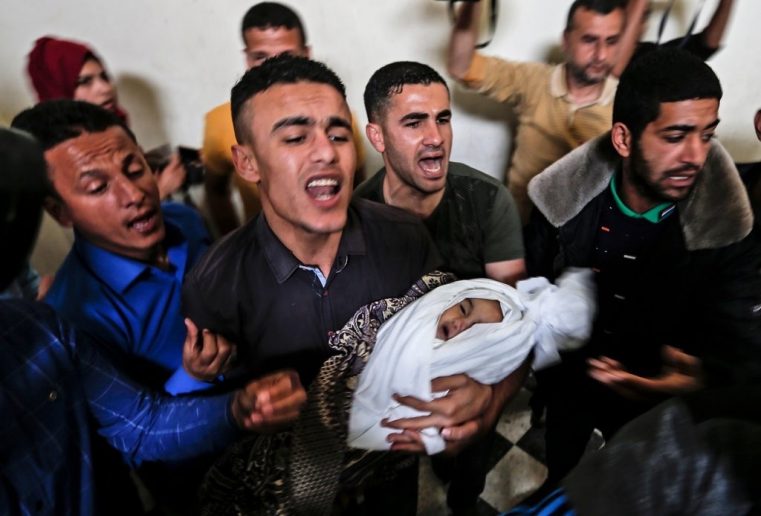 Since December 2017, when Trump announced his recognition that “Jerusalem is Israel’s eternal capital”, at least 481 Palestinians have been murdered by Israeli forces according to a new report.

The Centre for Jerusalem Studies, based in the old city of Jerusalem, provided documentation showing that of the 481 murders, 102 were children and 18 were women, 6 of those killed have been described having special needs.

Since the start of the Gaza’s Great Return March, on the 30th of March 2018, over 330 Palestinians have been murdered by Israeli forces. No Israelis have been killed or sustained significant injuries, beyond scratches, from the demonstrators. Israel however, still insists that the protests have been non-stop riots which have been going on for nearly a year and a half straight.

Israel is now in the process of figuring out whether Benjamin Netanyahu, currently battling a corruption and bribery scandal, or Benny Gantz, who was summoned to the Hague during his election campaign for involvement in the execution of a family in Gaza, will be their next Prime Minister. But regardless of whom it is, Trump’s alleged ‘Deal of the Century’ seem to be looming on the horizon.

If the Trump administration goes ahead and attempts to implement his plan, which has been alleged to include the possible swallowing of sections of the West Bank by Jordan, as well as the “resettlement” of Gazans to the Egyptian Sinai, the violence will inevitably grow.

Right now, the mainstream Western press is fixated on the Hong Kong protests. They are providing coverage to the anti-China demonstrators in an attempt to lionize groups, many of which have engaged in real violence and vandalism. Yet the demonstrations in Gaza are not only largely ignored, but are perpetually portrayed as violent and the narrative of the Israeli government is sometimes quoted almost word for word.

So a valid question, given the hypocrisy of mainstream media outlets coverage on Hong Kong when paralleled with Gaza, would be, why are they also still pretending to oppose US President Donald Trump? Clearly the agenda behind backing the Hong Kong protests, works hand in hand with President Trump’s plans for China and even more evident is it that channels such as the BBC, CNN, MSNBC etc., clearly are helping Trump get away with allowing the violence against Palestinians to continue.

The reason Palestinians can be executed in such large-scale attacks and massacres, is the fault of the media and international community. This includes the United Nations (UN), International Criminal Court (ICC), Human Rights Organizations and all the self-proclaimed “objective” media outlets. If there is no direct action against Israel for its crimes, we should expect another surge in constantly escalating cycle of violence, perpetuated upon the Palestinian people by the Israelis.

***
Author Robert Inlakesh is a special contributor to 21WIRE and European correspondent for Press TV. He has reported from on the ground in occupied Palestine. See more of his work here.