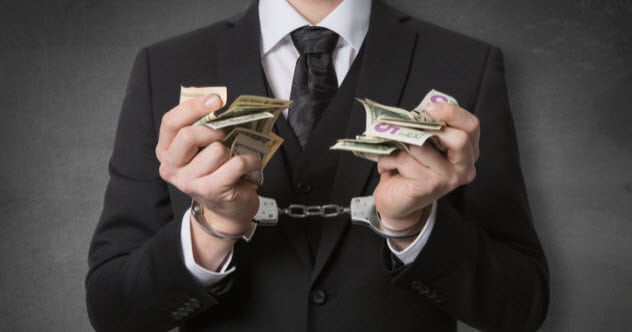 Mexico’s antitrust agency Cofece has accused the domestic subsidiaries of JP Morgan Chase, Bank of America, Citigroup, Barclays, Deutsche Bank  Santander, and BBVA of colluding to rig Mexican bond prices, in particular treasury notes, over a ten-year period. Following a three-year investigation, Cofece on Monday declared that it had notified “various economic agents” of their likely involvement in a concerted scheme to manipulate Mexican bond prices .

Sergio Lopez, the head of Cofece’s investigative unit, said that the agency’s probe had unearthed evidence that between 2006 and 2016 banks conspired to withhold bond inventories from the market in order to benefit each other. In a summary on its website, Cofece described the banks’ actions as “absolute monopoly practices”. Also implicated in the scandal, according to the financial daily El Financiero, are:

Here’s how the scheme worked: in the weekly auctions of government securities, the seven banks, in their role as market makers, took it in turns to buy up 80% of the amount issued. The bank that bought the bonds would later divvy them up among the other members of the cartel. On the day of the auction, some of the banks would be ‘long’ treasuries while others would be ‘short’, but the price was invariably fixed. The key was to square the numbers at the end of the day and count up the gains.

Banxico was apparently happy with this arrangement since it ensured that the money market did not spiral out of control and that interest rates did not suddenly soar. The fact that seven of the world’s biggest banks, all with cozy ties to Banxico, were making easy, risk-free profits along the way was no doubt an added bonus. As Dário Celis writes in El Financiero, the apparent knowledge and complicity of Banxico in the cartel’s activities, whose “fixing of treasury rates robbed savers and the government” itself of huge sums of money, is a “scandal.”

Bank of Mexico’s primary auctions are held weekly and between 40 billion and 50 billion pesos ($2.07 billion-$2.59 billion) of government securities, including so-called “Cetes”, “M Bonds” and “Udibonos”, are traded each time. The secondary market operates from Monday to Friday from 7 a.m. to 2 p.m. and moves more than 50 billion pesos ($2.6 billion) each day. But on days when an auction takes place, the volume at least doubled, to 100 billion pesos ($5.2 billion).

While most market rigging scandals involving global banks have taken place in regional financial centers such as London and New York, this is one of the first to have been laid bare that affected a large emerging economy. It’s likely to be the tip of a very large iceberg. After all, many emerging economies don’t even have the resources to investigate suspicious market movements.

Even when they do, it’s quite possible that the government is in on the act, as appears to be the case here with Mexico’s former government. Instead of supporting Cofece’s inquiry, the then Treasury Secretary, Luis Videgaray, along with his future successor, José Antonio Meade, who now works for HSBC, obstructed it and ordered Mexico’s banking and securities regulator CNBV to launch an alternative inquiry that concluded in November 2018, one month before the Peña Nieto government’s term expired. CNBV fined the banks less than a million dollars a piece for simulating bond trades to pump up volumes.

Cofece, on the other hand, can impose fines that could reach as much as 10% of a company’s annual Mexican revenue. For a bank like Spain’s BBVA which earns almost half of all its global profits from its Mexico operations, such a penalty, however unlikely, would sting. Cofece has until the end of July 2020 to issue a final judgement on the matter.

As for the banks, now that new evidence has come to light, they will probably have to provide all relevant information to U.S. District Judge Paul Oetken in Manhattan, who is presiding over a class action case brought by pension funds against the banks, according to El Financiero. That case was dismissed a couple of months ago but it is now likely to be reopened.