Prepare For Change
Home ARCONTES FACEBOOK LOSES HALF ITS ACCOUNTS 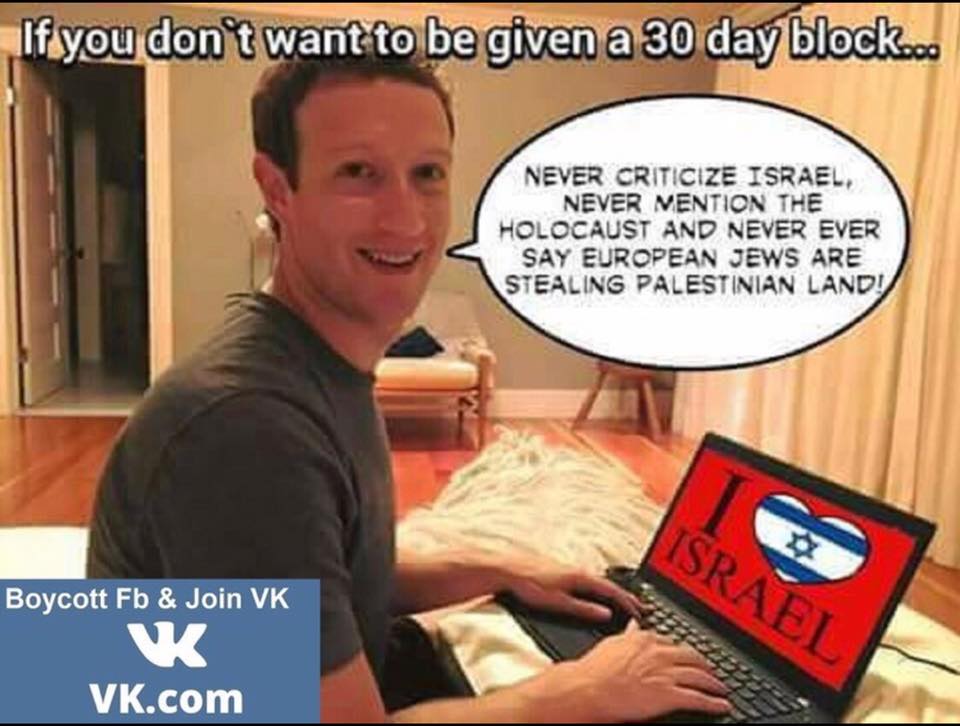 It was barely a year ago that Facebook lied to advertisers that the platform had more than 2.2 billion monthly users.  This was fake news: Recently, the now relegated social media forum reveals some stunning data, including that Facebook disabled a total of almost 1.3 billion accounts. Were they disabled or did these users simply emigrate to more user-friendly platforms?

Facebook falsely claims that the ‘missing person’s bureau’ were fake accounts. Anyone who swallows such nonsense surely believes in the tooth fairy.

Social media, or forums as they were once known as, have been around as long as the internet has been in existence. In the 1970s, forums were known as ‘bulletin boards.’ This was 10-years before Mark Zuckerberg was born.

There was never a problem with so-called ‘fake accounts’ or ‘fake news’ until Zuckerberg and his Shabbos goy cronies seized and abused the ‘fake news’ term. The same shabby Shabbos coined the term ‘hate’ to describe anything they consider hostile to what they laughingly call ‘liberal values’.

That number of 1.3 billion lost Facebook subscribers is utterly staggering. It is roughly equal to the combined populations of the United States, Russia, Mexico, Germany, France, the United Kingdom, Canada, Japan, Brazil, and the Philippines.

All of this comes of course in the wake of probably the toughest six months in Facebook’s history. Is this fake news? No, it is all contained in an 89-page report that was packed with other statistics.

During the first quarter of 2018, Facebook says it deleted 865 million posts. It describes these as graphic violence. This is a Facebook code word for images of Israeli atrocities against defenceless Palestinians and aid workers. Zuckerberg regularly meets up with Israeli regime leaders.

Facebook says it removes images of sexual activity or nudity; yes, works of great art in the finest Western museums. The world-famous image of the harbour statue of The Little Mermaid was removed because the figurine was not wearing a bra. A female nipple is regarded by Facebook censors as the ultimate obscenity. 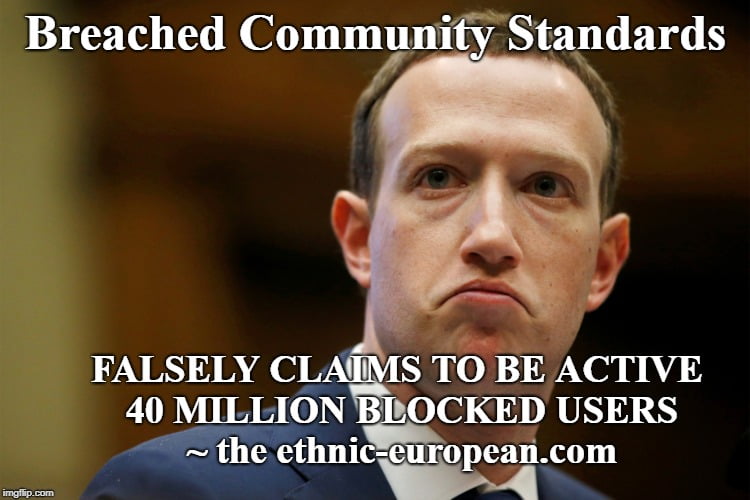 This actually refers to memes by ethnic-Europeans that endorse European values, culture, European history and achievements. Yet, the White hating racist Facebook promotes the same values of the other four races.

Facebook users and advertising are plummeting just as corporate-owned mainstream media is becoming much less relevant than it once was. The Facebook platform appears to be all-powerful only because mainstream media, through lazy or corrupt journalism, keep the myth going.

In fact, for most idealists, VK and GAB, no doubt others too, are proving far more effective at selling their goods, services and ideas than is the floundering Fakebook.

Michael Walsh Was awarded Euro Weekly News ‘Writer of the Year 2011’. With 60 books bearing his name, thousands of news stories and columns, Michael is arguably Britain and Europe’s most prolific author of multi-topic books.