Prepare For Change
Home Awakening ‘Prince Andrew can’t slink away from this now’ – the TV triumph...

Calm, thorough and deeply plausible, Virginia Giuffre’s BBC interview was everything Prince Andrew’s wasn’t – and it made the severity of the accusations against him look undeniable.

Prince Andrew’s Newsnight interview quickly became more about him than the subject. Through no fault of Emily Maitlis’, Prince Andrew outed himself as such a lunk-headed idiot that the serious allegations against him retreated a little.

When you think of that interview, you immediately think of Andrew’s volley of jaw-dropping explanations. His inability to sweat. His photographic memory of Woking Pizza Express. His tendency to be “too honourable”. You were watching a man who spent his life being held accountable for nothing attempt to skirt an important issue with the power of his bovine privilege alone, and failing hard. The interview became less about his relationship with Jeffrey Epstein and more about watching a man drive his own life off a cliff.

And while the interview certainly had impact – it isn’t every day someone does so badly at Newsnight their mum fires them from their own family – it did mean the focus shifted away from the women at the centre of the allegations. Last night’s Panorama was a much-needed corrective. 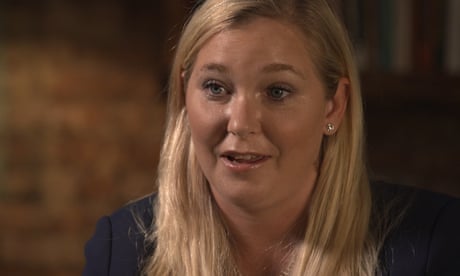 There was nothing flashy about The Prince and the Epstein Scandal. There were no stand-out lines, and no memes will come of it, but Virginia Giuffre managed to be everything Prince Andrew wasn’t. She was thorough where Andrew was evasive. She was determined where Andrew panicked. She sat with the weight of her accusations where Andrew ignored them. Her proximity to Epstein left her with nothing. Andrew’s left him with everything to lose. More than anything, Giuffre looked like a person; a real, flesh and blood person who had spent at least some of her life dealing with the consequences of something. She was Andrew’s opposite in every way.

This was a much more muted hour of television than Newsnight. Newsnight let Prince Andrew tie his own shoelaces together and watched him fall, but this is what made sure he’ll never get up again. Facts and inconsistencies were fastidiously laid out one after the other. Different voices – victims, lawyers, former heads of royal protection – were piled up until the severity of the accusations against Andrew became undeniable. This isn’t something he can slink away from any more. This isn’t going to go anywhere.

Smartly, Panorama also used Andrew’s interview in key moments, just to highlight its utter stupidity. The emotional climax of the episode came at the halfway point. Giuffre described what it was like to be abused by a member of the royal family – where it happened, how long it lasted, what it felt like, her subsequent feelings of powerless and shame – before breaking down when she attempted to understand it. “I couldn’t comprehend how the highest levels of the government and powerful people were allowing this to happen,” she wept. “Not only allowing it to happen but participating in it.” Her anguish was perfectly evident. Cut to Andrew on Newsnight, eyes darting around beneath his sheen of privilege, telling Maitlis that “I can absolutely, categorically tell you it never happened.”

Although it aired afterwards, Giuffre was interviewed for Panorama before Prince Andrew’s Newsnight episode was recorded. Perhaps that’s for the best; now she must be taken seriously. The lasting impression of Giuffre was her immense bravery in facing such towering institutions alone. The sheer strength she possesses is incredible. Forget Prince Andrew; when the dust settles on this, she’s the one who deserves to be remembered.