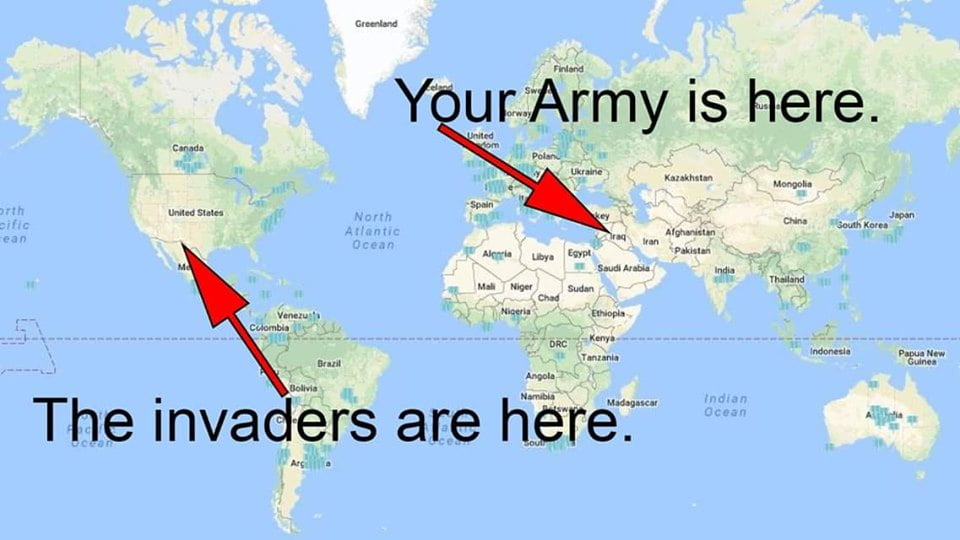 A Reagan Institute survey has found that nearly half of all American military households view Russia as more of an ally than a threat. Pentagon officials reckon they’ve been brainwashed by the Kremlin.

The Reagan Institute’s annual National Defense Survey measures the attitudes of Americans on all things war, peace, and politics. The latest version, published in October, has more statistics than you could shake a stick at, but to the Pentagon, one, in particular, stands out.

Some 46 percent of military households see Russia as an “ally,” while 28 percent of all American households share that belief. China has overtaken Russia as America’s next top enemy, according to the survey.

The think tank reckons positive views of Russia are held mostly by Republicans but even so America’s military leaders are left scratching their shaking heads.

How do you prepare your armed forces to let alone fight an adversary who has the support and sympathy of your fighting forces? As a popular meme says, ‘if Americans were really fighting for the freedom they would turn their guns on the White House.

Arms control, the American top brass have the answers: “There is an effort, on the part of Russia, to flood the media with disinformation to sow doubt and confusion,” Defense Department spokesperson Lieutenant Colonel Carla Gleason told Voice of America. The Russians do this, Gleason explained, “through false narratives designed to illicit sympathetic views.”

Are these narratives beamed into the troops’ heads via alien spacecraft, by satellite?

“No, said researcher Jorge Benitez. “They’re fed to America’s troops via Kremlin-sponsored hackers, pro-Russian media outlets, and even President [Donald] Trump’s positive statements about Russia.” It seems the American president has defected too.

“It’s dangerous,” Benitez told VOA. However, he did not expand on his work with the Atlantic Council, a virulently anti-Russia think tank sponsored by NATO and a collection of arms manufacturers.

Gleason said that the military is “actively working to expose and counter Russian disinformation.” Short of screening round-the-clock re-runs of Red Dawn on bases around the world, it’s unsure what exactly she meant.

Attitudes in Germany too are a cause for disquiet in NATO headquarters, Brussels, Berlin and Washington DC. In Germany, 64% of poll respondents think the US is a greater threat to peace than Russia. 56% said President Putin is an effective leader, vs. 5% for Trump (ouch!). 90% want better relations with Russia and 55% oppose all sanctions. This is despite constant corporate pro-regime mainstream media’s propaganda to the contrary. War with Russia has in the meantime been postponed.