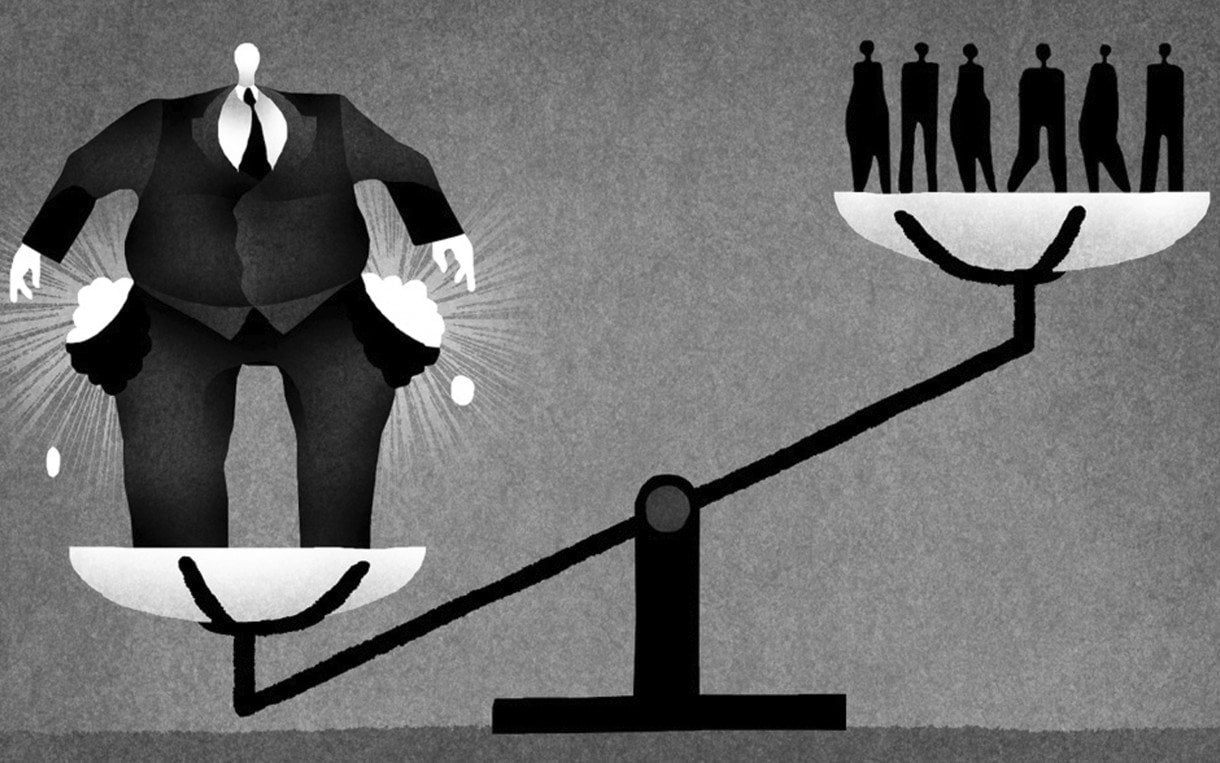 The notion that citizens of the United States don’t actually live in a democracy has been picking up steam for decades, with scars from economic, social and political decay inflicting themselves ever more deeply into our psyches as the years move on.

You would think that, with the rise of science and technology, we would have been able to build a far more prosperous nation. Instead, we have seen a vast reduction in our standard of living, and are being forced to work longer and harder in increasingly menial and unfulfilling jobs across the board. We are ever more being subjected to the control-hungry vicissitudes of mega-corporations that are swallowing up American entrepreneurship and prosperous self-employment.

The notion that we as individuals are failing ourselves as a nation, and somehow have earned the massive and growing national debt as a result of our own poor decisions and ineptitude, is only valid if you still believe that we are living in a democracy, where the majority of individuals directly make policy. If in fact the United States ever fully operated this way, the least we can say is that our democracy is currently broken.

Of course, if you are in the small coterie of economic elites at the top of the pyramid, you don’t feel that anything is broken. In fact, in the back rooms where all the important meetings take place, you likely spend part of the time congratulating each other because things are going exactly according to plan.

The research had two parts: First, they measured the amount of political influence various groups have in America. Then, they checked this against some technical definitions of democracy, oligarchy, and other forms of government.

In our latest episode of The Collective Evolution Show on CETV, Joe Martino and I discuss this study and the broader notion of whether the system itself is simply broken and can be fixed, or if we should start thinking about how we can move away from it altogether. The opening clip is below, and for the full episode and hundreds of other inspiring shows and interviews, you can start a free 7-day trial on CETV today.

The Wealthy Have More Influence

The chart below shows how much political influence different groups have in America today. Not only do the wealthy have the most influence, ordinary voters have basically none.

To have “political influence” in this case means that Congress responds to you by passing the laws and policies you like. Low influence means you’re ignored — Congress passes laws that have no relationship to what you want.

Special interest groups also have sway over public policy. The researchers divided them into two types. “Mass” interest groups, which represent large groups of organized citizens, have a small amount of power. Business groups, like trade associations, have a moderate amount, likely because they can afford to spend more on lobbying and political donations.

None of this means that ordinary people never get what they want from Congress. Sometimes public opinion data matched up with things Congress actually did. However the vast majority were also outcomes favored by the wealthy and business interests. Statistically speaking, the government doesn’t care what 90% of Americans think.

America Is an Oligarchy

The authors defined four possible systems we might have: (1) democracy, (2) oligarchy, or semi-democratic systems dominated by (3) interest groups generally or (4) business groups especially. You can look at the chart below and judge for yourself: America in 2014 matches mostly with the oligarchy model — an oligarchy of wealthy individuals. In fact, the general public has even less influence than it does in a typical oligarchy model.

The problem here isn’t the existence of wealth, or that wealthy Americans have political opinions. It’s that the government is representing only 10% of the American people. Everyone else is living with something less than democracy.

At its heart, this is a problem of corruption – caused by money in our political system. Such corruption is fundamentally opposed to the ideals of our republic because “the public is likely to be a more certain guardian of its own interests than any feasible alternative.”

While some might argue that introducing new campaign finance laws as well as anti-corruption legislation is the answer, we have to remember that the foxes remain in charge of the hen house, and there is always resistance from lawmakers to introduce, implement, and enforce legislation that will reduce their power and ultimately find them guilty of having obtained their power through corrupt means. More than likely this problem will only get solved when we amass the collective will to walk away from this system, and create one that is more aligned with our values and aspirations.