Prepare For Change
Home ARCONTES The State mustn’t allow banks to go bankrupt – How the Fed... 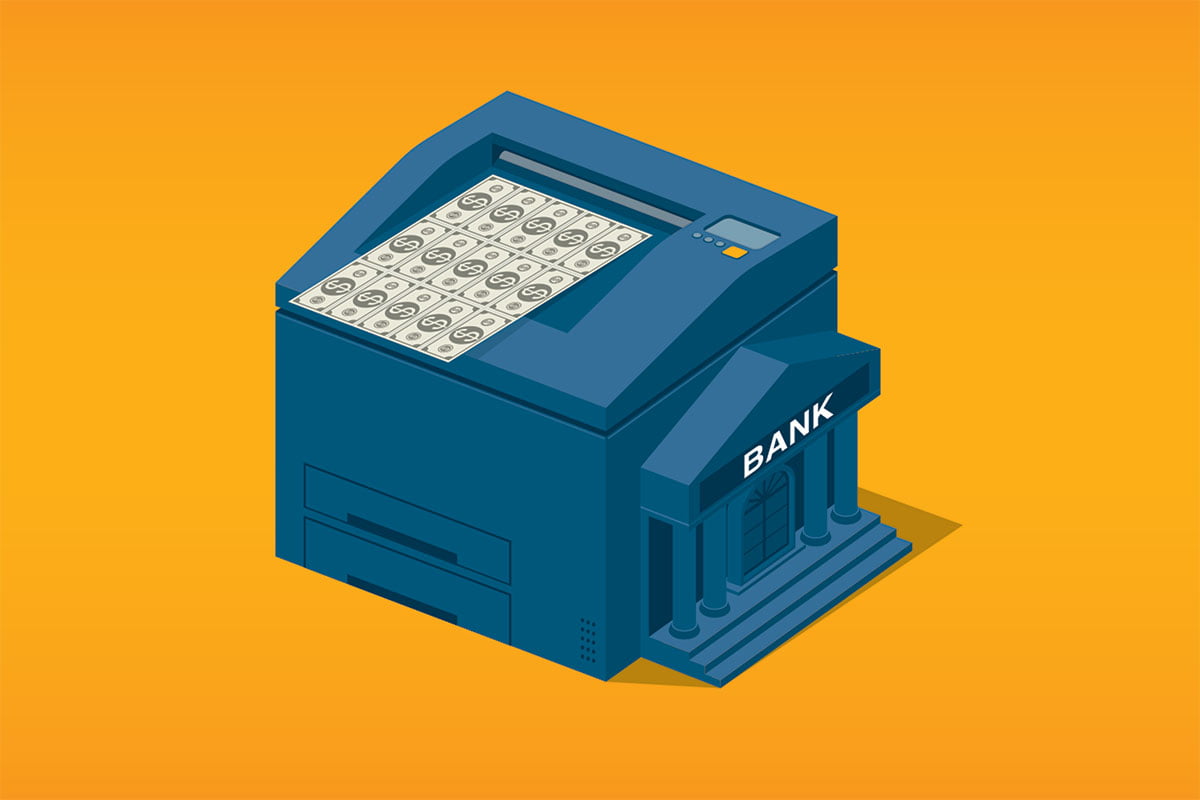 The S&P 500 Index and the Dow Jones Industrial Average set new record highs every single day last week. This occurred despite the Federal Reserve justifying its unprecedented hundreds of billions of dollars each week in cheap loans to Wall Street’s trading houses as necessary to stem a “liquidity” crisis.

You can’t have a liquidity crisis when the stock market is setting record highs for an entire week. Those two things just don’t correlate.

The Fed, through its money spigot, the New York Fed, began sluicing these funds to Wall Street on September 17, the day the overnight borrowing rate in the repurchase agreement (repo) loan market spiked from 2 percent to 10 percent. This was the first such intervention by the Fed since the financial crisis. The repo market is where banks, hedge funds and money market funds loan each other money overnight on the basis of good collateral like U.S. Treasury securities.

An unprecedented spike to 10 percent in the repo market is a harbinger that one or more of the borrowers in this market is in trouble and lenders don’t want the exposure so they are backing away from lending. This is how free markets are supposed to work. They are supposed to be allowed to send pivotal warning signs from time to time through an efficient pricing mechanism.

But instead of allowing the free market and efficient pricing components to function, the Fed cut this short and drew a dark curtain around this part of the market by flooding cheap, electronically-created money to Wall Street’s trading houses.

On December 12, the New York Fed upped the ante. It announced that over the next month it would shower the trading houses (primary dealers) on Wall Street with a cumulative total of $2.93 trillion in short-term loans.

Now Wall Street has made it clear what the cheap money is being used for. It’s not being loaned out to help the general economy – it’s being used to push the stock market to record highs each day.

The Federal Reserve, as the central bank of the United States, is not supposed to meddle in elections or impeachment hearings. But by providing unprecedented cheap funding to Wall Street’s trading houses, it is artificially boosting the stock market and the 401(k)s of workers, which is artificially boosting the economic track record and re-election chances of President Donald Trump – who has repeatedly linked his reputation to a thriving stock market.

“The Trump Economy is setting records, and has a long way up to go….However, if anyone but me takes over in 2020 (I know the competition very well), there will be a Market Crash the likes of which has not been seen before! KEEP AMERICA GREAT”

The Trump economy is setting records – but not in a good way. The U.S. has the greatest national debt in our history, now over $23 trillion and growing as a result of Trump’s corporate tax cut. The U.S. also has the greatest wealth and income inequality in the last 100 years, making it one of the most unequal countries in the world.

Since it is billionaires and multi-millionaires who own the bulk of the U.S. stock market, when the President speaks of a market crash he is actually predicting a re-balancing of America’s unprecedented wealth inequality. Millions of Americans think that would be a good thing, if for no other reason than to stop billionaires from buying U.S. elections.

According to a white paper released in November 2017 from the National Bureau of Economic Research by economist Edward N. Wolff, this is how the ownership of the stock market stacked up at the end of 2016:

“…the richest 10 percent of households controlled 84 percent of the total value of these stocks, though less than its 93 percent share of directly owned stocks and mutual funds.”

There are plenty of losers as a result of the Fed’s ongoing money spigot to Wall Street. Every presidential candidate challenging Trump has had his or her arguments against Trump’s record undermined by a stock market spiking to new highs.

U.S. investors and U.S. citizens are also the big losers. A euphoric stock market undermines the case in Congress for making the critically-needed reforms of Wall Street’s mega banks before they blow themselves up again with derivatives.

And, finally, the next generation and their children are the ultimate biggest losers of all. By funneling cheap loans to Wall Street’s trading houses instead of using its bully pulpit to demand reforms at the casino-like mega banks, the Federal Reserve is aiding and abetting and guaranteeing that the next market crash will be worse than it needs to be. That crash will result in more fiscal spending to shore up the economy, ballooning the national debt exponentially. This will mean that our children and their children will experience a blighted standard of living as more and more of Federal tax revenues are diverted to service the debt load instead of going to healthcare, education, and rebuilding the nation’s crumbling infrastructure.

None of this seems to have been properly deliberated at the Fed. Based on its minutes, its main concern appears to be that the Wall Street banks borrowing from it might end up being “stigmatized.” The insular Fed needs a hard reminder from Congress as to whose interests it is supposed to serve.