Prepare For Change
Home Awakening The Average Person Will Watch Over 78,000 Hours Of Television “Programming” Over... 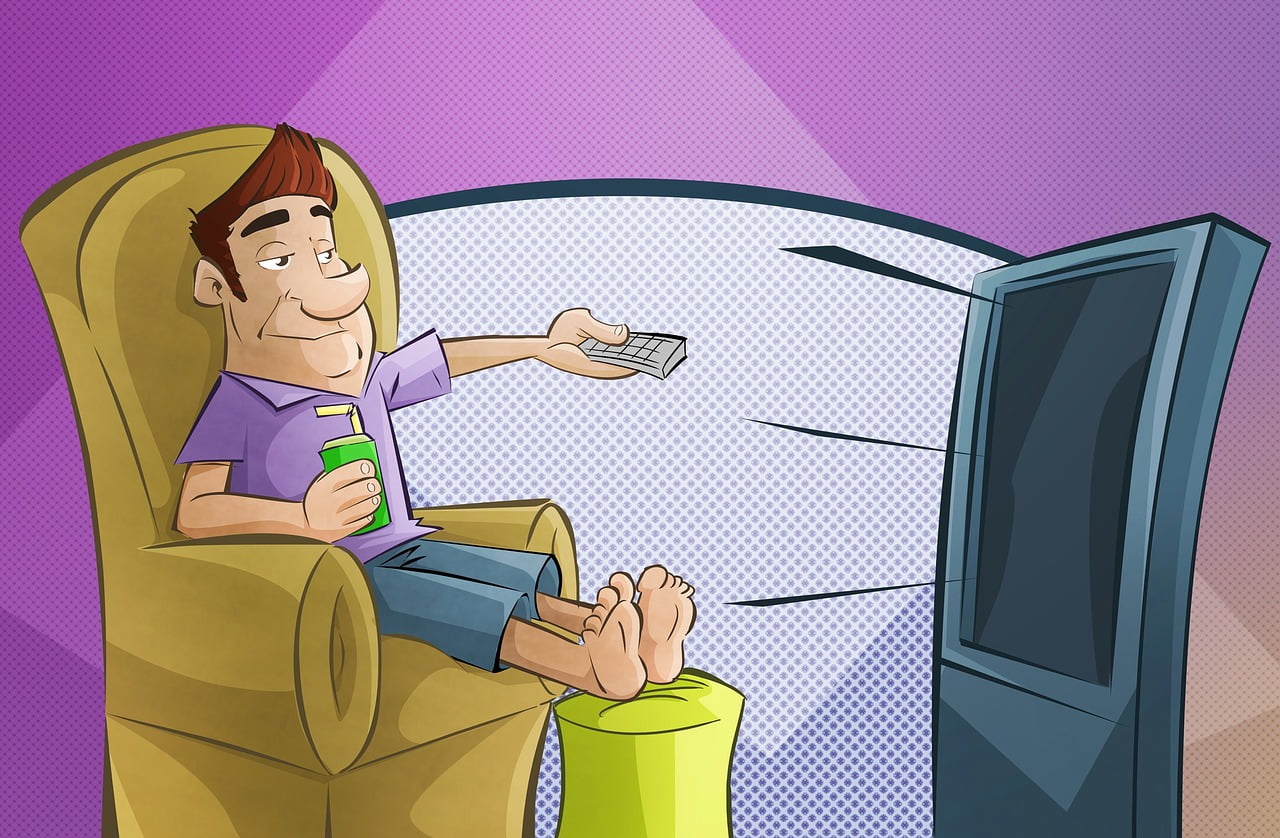 If you want to waste your life, a great way to do that is to spend tens of thousands of hours watching television.  Today, it is so difficult to get people to leave their homes and get active in their communities, because most of us are absolutely glued to one screen or another.  After a long day at school or a hard day at work, most of us understandably want to relax, and from a very early age most of us have been trained to turn to the television as our main source of relaxation.  But of course there is great danger in allowing anyone to pump thousands upon thousands of hours of “programming” into our minds.  More than 90 percent of the “programming” that we consume is controlled by just a handful of exceedingly powerful corporations, and those corporations are owned by the elite of the world.  So when you endlessly consume their “programming”, you are willingly being bombarded by news and entertainment that reflects their beliefs, their values and their agendas.  They openly admit that they are trying to shape the future of society, and up to this point they have been extremely successful.

Unfortunately, we live at a time when most people need television or some other insidious addiction to take their minds off of the gnawing emptiness that they feel deep inside of them.  As I was doing some research the other day, a comment that someone posted on an Internet message board really struck a chord with me…

As a kid life seems so amazing and you can dream of big things and have faith. The older you get it seems the world tries to take away your faith. I have had 8 jobs in my life starting in high school and I’m just sick of this ****. I’m lucky to make 100 a day . I know that’s poverty level. But I manage. But thinking ahead I have to do this every day for the next 30 years . How the hell do you guys and gals cope with reality.

In just a few sentences, this individual summed up what millions upon millions of Americans are feeling.

The harsh realities of modern society have absolutely sucked the life out of so many people around us, and the vast majority of Americans are barely getting by and are living lives of quiet desperation.

If television allows them to forget about their troubles for a while, it is understandable why so many use it as a crutch.

But do we have to watch so much of it?  One recent survey found that the average adult will watch more than 78,000 hours of television over the course of a lifetime…

Television has become such a common part of all of our lives that most don’t even think about just how much time they spend staring at their TV screen. Of course, all of those hours are undoubtedly adding up, and a recent survey of 2,000 British adults finds that the average TV viewer will watch an astounding 78,705 hours of programming (movies, sports, news, etc) in their lifetime. That’s a whole lot of screen time that may have been better spent on more productive endeavors.

On a day-to-day basis, the average adult watches TV for three-and-a-half hours, amounting to 1,248 hours each year.

I know that some of my readers will point out that this was a British survey, but the truth is that Americans actually watch even more television.  The following comes from Wikipedia…

Those numbers are absolutely staggering.  And when you break them down further they become even more alarming.  In the first survey that I mentioned above, the researchers actually discovered that the average person “will watch 11,278 different TV series”…

The survey, commissioned by LG Electronics, broke down those numbers even further and concluded that the average adult these days will watch 3,639 movies at home, and 31,507 episodes of TV during their lifespan. As far as different programs, the average person will watch 11,278 different TV series as well.

Are there really 11,278 television series worth watching?

I would think that you would have to go really deep into the well to watch that many, but apparently that is what many people are doing.

Of course I am not entirely against television.  For example, I think that “Poldark” is an absolute masterpiece.  But everything should be done in moderation.

The fact that we are endlessly watching so much television could help to explain why our society has become so “dumbed down”.  Yesterday, I discussed a recent study that found that 15-year-old U.S. students are about four grade levels behind 15-year-old Chinese students in math.

I bet those Chinese students are spending a lot more time studying and a lot less time watching television.

At this point, America has truly become an “idiocracy”.

For example, have you heard what the hottest new toy for this holiday season is?

It is actually a “fart launcher” that allows children to blast foul smelling air at one another.  The following comes from the New York Post…

Toy insiders and wincing parents tell The Post that the Buttheads Fart Launcher 3000 — a Nerf gun-like gadget that shoots farts instead of darts — is topping off kids’ wish lists this year.

“This is my worst nightmare,” mom Angie Wong, the 42-year-old founder of the private Facebook group Brooklyn Moms, tells The Post. She recently caved and got the gas-blasting gizmo for her 5-year-old son, Will, and 7-year-old daughter, Maddie. “I can see that thing [being] used on my face one unsuspecting morning.”

Of course a “fart launcher” is not the end of the world, but as I document regularly in my articles, there are literally thousands of signs that the fabric of our society is coming apart all around us.

If our society continues to degenerate at this rate, there is only one way that our story can end.

Sadly, most people seem to think that everything is going to be just fine, because that is what their televisions are telling them to think.

Most of us are willingly plugging ourselves into “the matrix” for multiple hours every day, and so it shouldn’t be a surprise that most of us see the world the way that the elite want us to see it.

If you want to start making positive changes in your life, breaking free of your addictions is one of the most important things that you can do.

And at this point, for many Americans watching television is one of the most insidious addictions of all.

About the Author: I am a voice crying out for change in a society that generally seems content to stay asleep. My name is Michael Snyder and I am the publisher of The Economic Collapse Blog, End Of The American Dream and The Most Important News, and the articles that I publish on those sites are republished on dozens of other prominent websites all over the globe. I have written four books that are available on Amazon.com including The Beginning Of The End, Get Prepared Now, and Living A Life That Really Matters. (#CommissionsEarned) By purchasing those books you help to support my work. I always freely and happily allow others to republish my articles on their own websites, but due to government regulations I need those that republish my articles to include this “About the Author” section with each article. In order to comply with those government regulations, I need to tell you that the controversial opinions in this article are mine alone and do not necessarily reflect the views of the websites where my work is republished. This article may contain opinions on political matters, but it is not intended to promote the candidacy of any particular political candidate. The material contained in this article is for general information purposes only, and readers should consult licensed professionals before making any legal, business, financial or health decisions. Those responding to this article by making comments are solely responsible for their viewpoints, and those viewpoints do not necessarily represent the viewpoints of Michael Snyder or the operators of the websites where my work is republished. I encourage you to follow me on social media on Facebook and Twitter, and any way that you can share these articles with others is a great help.