Prepare For Change
Home Uncategorized Smoking During Pregnancy (SDP) – 2019 Statistics & How to Stop It? 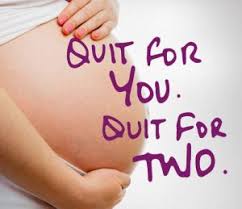 Everyone knows the harmful effects of smoking on smokers because these things are constantly being pointed out by the media and newspapers. However, have you ever wondered how cigarettes will affect a pregnant woman, especially affecting her child?

Every year in the United States, there are millions of women who smoke during their pregnancy and this causes a great effect on the babies in the womb. This article will show those consequences and give orientations on how to quit smoking for pregnant mothers.

Overview Of Smoking While Pregnancy In The US

Portions of each period of pregnancy

Portions of SDP woman by states

The Risks And Impacts Of SDP

Harmful Chemicals in Cigarettes that can be transferred into the baby

Interferes with brain and lung development

Lowers the amount of oxygen that is reaching the baby

It will cause a diabetogenic effect on you and the baby

Can inflame your child’s airways