Prepare For Change
Home ARCONTES Palestine withdraws from all agreements with Israel and US, says Mahmoud Abbas 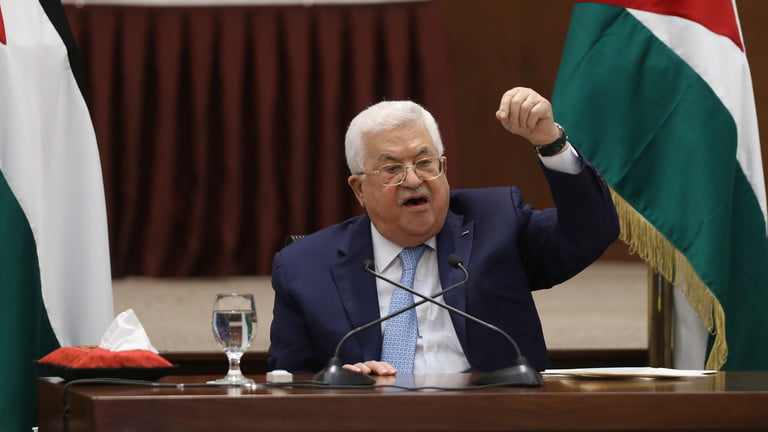 Palestinian Authority President Mahmoud Abbas announced his country will be ceasing all arrangements with Israel and the US in light of Israeli PM Benjamin Netanyahu’s annexation plans.

“The Palestine Liberation Organization and the State of Palestine are absolved, as of today, of all the agreements and understandings with the American and Israeli governments and of all the obligations based on these understandings and agreements, including the security ones,” the president said at a leadership meeting in Ramallah.

The announcement comes in response to plans by Netanyahu to annex Jewish settlements in the West Bank, that were outlined in the ‘Deal of the Century’ proposed by US President Donald Trump and announced in January.

Abbas made clear he sees Israel as an “occupying power” when it comes to the West Bank.

“The Israeli Occupation Authority must now carry all its obligations as an occupying power of Palestinian lands. It must bear all the consequences, and international humanitarian law and the Geneva Convention also impose on the Occupying Authority the responsibility of caring for residents under occupation,” Abbas said.

Agreements that the PA now considers null and void include the Oslo Accords (1993), Hebron Agreement (1997) and Wye River Agreement (1998), which established security parameters between the PA and Israel in the West Bank.

Abbas was just as accusatory of the US, calling it a “key partner” to Israel and saying he places “full responsibility” on the Trump administration for “the occupation of the Palestinian people.”

The US has appeared supportive of annexation plans by Israel. Secretary of State Mike Pompeo stated last month that it is “ultimately” Israel’s decision, but US leaders will be consulting “privately” with the Israeli government if the plan proceeds.

Trump’s proposed deal giving Palestinians conditional independence was heavily criticized for favoring Israel and was rejected by Palestine and slammed by Arab and European countries. The plan includes territorial changes in favor of Israel in Jerusalem and the West Bank, annexed by Jordan in 1949 and taken by Israel in the 1967 war.

Abbas previously rejected the deal by telling Trump: “Our rights are not for sale.”