Prepare For Change
Home ARCONTES What You Need to Know about the ICC Investigation of War Crimes... 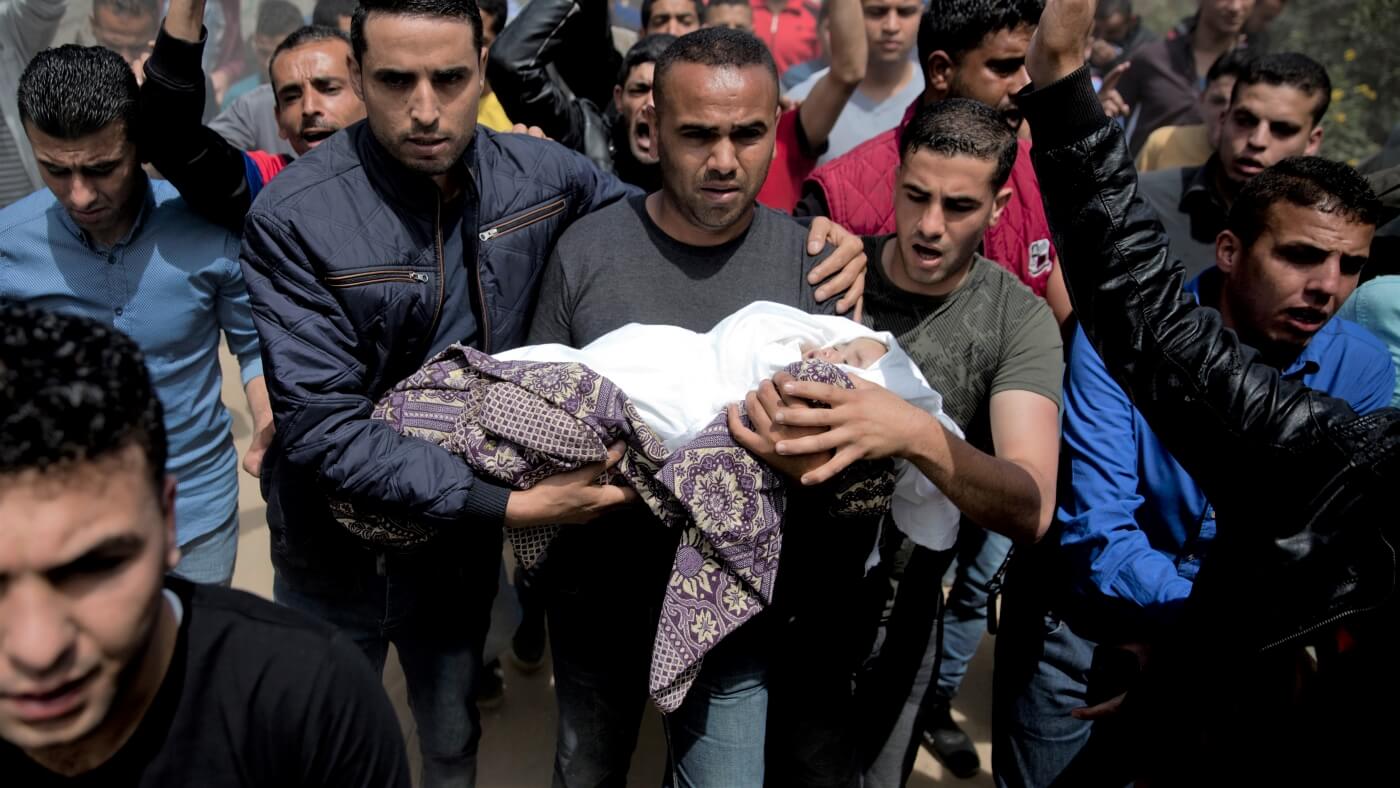 Considering the number of UN resolutions that Israel has violated throughout the years – the perpetual occupation of Palestine, the siege on Gaza, and the elaborate system of apartheid imposed on Palestinians, finding Israel guilty of war crimes, among others “serious crimes” should be a straightforward matter.

by Romana Rubeoand and Ramzy Baroud

Fatou Bensouda, Chief Prosecutor of the International Criminal Court (ICC), has, once and for all, settled the doubts on the Court’s jurisdiction to investigate war crimes committed in occupied Palestine.

On April 30, Bensouda released a 60-page document diligently laying down the legal bases for that decision, concluding that “the Prosecution has carefully considered the observations of the participants, and remains of the view that the Court has jurisdiction over the Occupied Palestinian Territory.”

Bensouda’s legal explanation was itself a preemptive decision, dating back to December 2019, as the ICC Prosecutor must have anticipated an Israeli-orchestrated pushback against the investigation of war crimes committed in the Occupied Territories.

After years of haggling, the ICC had resolved in December 2019 that, “there is a reasonable basis to proceed with an investigation into the situation in Palestine, pursuant to article 53(1) of the Statute.”

Article 53(1) merely describes the procedural steps that often lead, or do not lead, to an investigation by the Court.

That Article is satisfied when the amount of evidence provided to the Court is so convincing that it leaves the ICC with no other option but to move forward with an investigation.

Indeed, Bensouda had already declared late last year that she was,

“satisfied that (i) war crimes have been or are being committed in the West Bank, including East Jerusalem, and the Gaza Strip… (ii) potential cases arising from the situation would be admissible; and (iii) there are no substantial reasons to believe that an investigation would not serve the interests of justice.”

Naturally, Israel and its main Western ally, the United States, fumed. Israel has never been held accountable by the international community for war crimes and other human rights violations in Palestine. The ICC’s decision, especially if the investigation moves forward, would be a historic precedent.

But, what are Israel and the US to do when neither are state parties in the ICC, thus having no actual influence on the internal proceedings of the court? A solution had to be devised.

In a historic irony, Germany, which had to answer to numerous war crimes committed by the Nazi regime during World War II, stepped in to serve as the main defender of Israel at the ICC and to shield accused Israeli war criminals from legal and moral accountability.

On February 14, Germany filed a petition with the ICC requesting an “amicus curiae”, meaning “friend of the court”, status. By achieving that special status, Germany was able to submit objections, arguing against the ICC’s earlier decision on behalf of Israel.

Germany, among others, then argued that the ICC had no legal authority to discuss Israeli war crimes in the occupied territories. These efforts, however, eventually amounted to nil.

The ball is now in the court of the ICC pre-trial chamber.

The pre-trial chamber consists of judges that authorize the opening of investigations. Customarily once the Prosecutor decides to consider an investigation, she has to inform the Pre-Trial Chamber of her decision.

According to the Rome Statute, Article 56(b), “… the Pre-Trial Chamber may, upon request of the Prosecutor, take such measures as may be necessary to ensure the efficiency and integrity of the proceedings and, in particular, to protect the rights of the defence.”

The fact that the Palestinian case has been advanced to such a point can and should be considered a victory for the Palestinian victims of the Israeli occupation. However, if the ICC investigation moves forward according to the original mandate requested by Bensouda, there will remain major legal and moral lapses that frustrate those who are advocating justice on behalf of Palestine.

For example, the legal representatives of the ‘Palestinian Victims Residents of the Gaza Strip’ expressed their concern on behalf of the victims regarding “the ostensibly narrow scope of the investigation into the crimes suffered by the Palestinian victims of this situation.”

The ‘narrow scope of the investigation’ has thus far excluded such serious crimes as crimes against humanity. According to the Gaza legal team, the killing of hundreds and wounding of thousands of unarmed protesters participating in the ‘Great March of Return’ is a crime against humanity that must also be investigated.

The ICC’s jurisdiction, of course, goes beyond Bensouda’s decision to investigate ‘war crimes’ only.

Article 5 of the Rome Statute – the founding document of the ICC – extends the Court’s jurisdiction to investigate the following “serious crimes”:

(a) The crime of genocide

(b) Crimes against humanity

(d) The crime of aggression

It should come as no surprise that Israel is qualified to be investigated on all four points and that the nature of Israeli crimes against Palestinians often tends to, constitute a mixture of two or more of these points simultaneously.

“Israel initiated the Gaza campaign without adequate legal foundation or just cause, and was responsible for causing the overwhelming proportion of devastation and the entirety of civilian suffering. Israeli reliance on a military approach to defeat or punish Gaza was intrinsically ‘criminal’, and as such demonstrative of both violations of the law of war and the commission of crimes against humanity.”

Falk extended his legal argument beyond war crimes and crimes against humanity into a third category. “There is another element that strengthens the allegation of aggression. The population of Gaza had been subjected to a punitive blockade for 18 months when Israel launched its attacks.”

What about the crime of apartheid? Does it fit anywhere within the ICC’s previous definitions and jurisdiction?

The International Convention on the Suppression and Punishment of the Crime of Apartheid of November 1973 defines apartheid as,

“a crime against humanity and that inhuman acts resulting from the policies and practices of apartheid and similar policies and practices of racial segregation and discrimination, as defined in article II of the Convention, are crimes violating the principles of international law, in particular the  purposes and principles of the Charter of the United Nations, and constituting a serious threat to international peace and security.”

The Convention came into force in July 1976, when twenty countries ratified it. Mostly western powers, including the United States and Israel, opposed it.

Particularly important about the definition of apartheid, as stated by the Convention, is that the crime of apartheid was liberated from the limited South African context and made applicable to racially discriminatory policies in any state.

In June 1977, Addition Protocol 1 to the Geneva Conventions designated apartheid as, “a grave breach of the Protocol and a war crime.”

It follows that there are legal bases to argue that the crime of apartheid can be considered both a crime against humanity and a war crime.

“For seven years, I visited the Palestinian territory twice a year. I also conducted a fact-finding mission after the Operation Cast Lead in Gaza in 2008, 2009. So, I am familiar with the situation, and I am familiar with the apartheid situation. I was a human rights lawyer in apartheid South Africa. And I, like virtually every South African who visits the occupied territory, has a terrible sense of déjà vu. We’ve seen it all before, except that it is infinitely worse. And what has happened in the West Bank is that the creation of a settlement enterprise has resulted in a situation that closely resembles that of apartheid, in which the settlers are the equivalent of white South Africans. They enjoy superior rights over Palestinians, and they do oppress Palestinians. So, one does have a system of apartheid in the occupied Palestinian territory. And I might mention that apartheid is also a crime within the competence of the International Criminal Court.”

Considering the number of UN resolutions that Israel has violated throughout the years – the perpetual occupation of Palestine, the siege on Gaza, and the elaborate system of apartheid imposed on Palestinians through a large conglomerate of racist laws (culminating in the so-called Nation-State Law of July 2018) – finding Israel guilty of war crimes, among others “serious crimes”, should be a straightforward matter.

But the ICC is not entirely a legal platform. It is also a political institution that is subject to the interests and whims of its members. Germany’s intervention, on behalf of Israel, to dissuade the ICC from investigating Tel Aviv’s war crimes is a case in point.

Time will tell how far the ICC is willing to go with its unprecedented and historic attempt aimed at, finally, investigating the numerous crimes that have been committed in Palestine unhindered, with no recourse and no accountability.

Ramzy Baroud is a journalist and the Editor of The Palestine Chronicle. He is the author of five books. His latest is “These Chains Will Be Broken: Palestinian Stories of Struggle and Defiance in Israeli Prisons” (Clarity Press, Atlanta). Dr. Baroud is a Non-resident Senior Research Fellow at the Center for Islam and Global Affairs (CIGA), Istanbul Zaim University (IZU). His website is www.ramzybaroud.net

Romana Rubeo is an Italian writer and the managing editor of The Palestine Chronicle. Her articles appeared in many online newspapers and academic journals. She holds a Master’s Degree in Foreign Languages and Literature, and specializes in audio-visual and journalism translation.