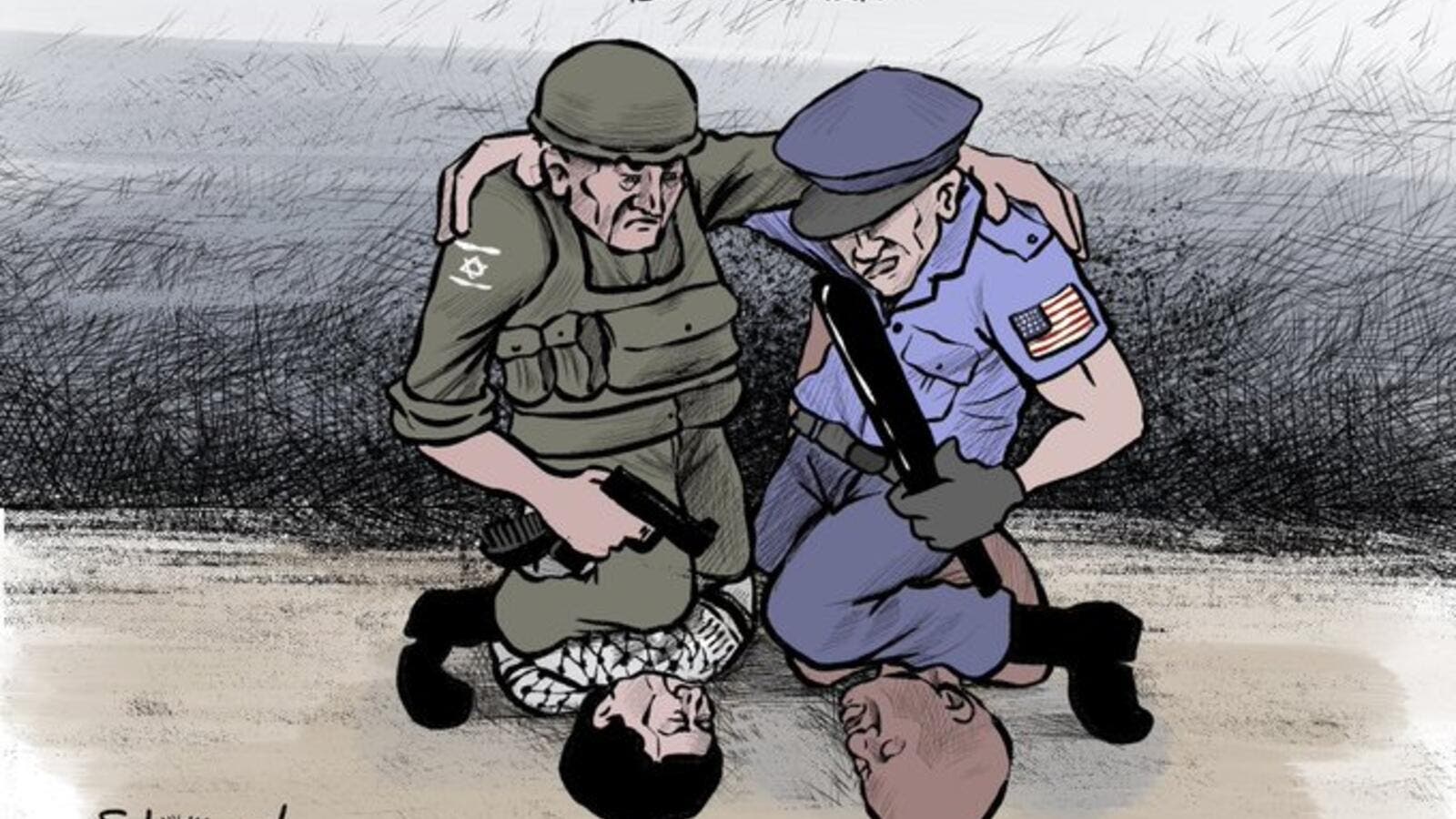 USA Today just published an article about the history of police brutality against black people in the United States, going back to pre-United States colonial times. The headline cites the 400-year history of anti-black racism in the United States. It talks about the slave patrols that were basically vigilante squads that enforced slavery and tried to catch runaway slaves and those who helped them. And then after the Civil War and the abolition of slavery similar groups like the Ku Klux Klan sprang up, and often got assistance from police departments and the establishment.

So, I’d like to highlight some of the things that this USA Today article has left out, because I think it’s interesting that there’s a taboo against certain aspects of this story being told. I just mentioned the Israelis being at the forefront of training American police in terror tactics today. They trained many Twin Cities officers and may very well bear some of the responsibility for the death of George Floyd, since one of the things that they taught them was the knee on the neck thing which actually the Israelis developed in Palestine, in 2004-2005 or so. Then they started teaching it to American officers, and that’s how it got into the United States. But we never talk about that in the mainstream media or the universities. Anybody who brings it up here in the United States gets shot down by the immensely powerful Jewish Zionist lobby.

Another taboo, a similar one, is against talking about the fact that Jews, wealthy Jews not ordinary Jews, but the richest Jews, were massively overrepresented in the slave trade. The place to go to learn about this is the series published by the Nation of Islam, actually the NOI research group is what it’s called, on the Secret History of Blacks and Jews. This is a terrific book (and banned by Amazon). It uses the very best historical methodology. And, of course, one can debate the conclusions. But it’s a very solid scholarly book and yet it’s been banned from Amazon and no one’s allowed to talk about this because extremely rich Jews, the same descendants, basically today’s version of the people who ran the slave trade, control our media and our banking system and have immense power, but we can’t talk about that.

And another thing that we can’t talk about today is the fact that part of the reason that there is this occupying army kind of dynamic between white cops and African American neighborhoods is because African Americans have a crime rate that’s about seven times higher than all other ethnicities, and it’s even when you adjust for income.

So there’s a terrible breakdown of the family unit in black communities. And that’s actually been created by the very liberal progressive forces who are telling you this official discourse as published in USA Today about the history of racism and mistreatment of black people. They (the “liberal progressives”) mistreated the black people the worst of anybody, because they have been waging a war on black religion and the black family ever since the 1950s and 1960s. They’re trying to impose secularism on the black community which is a naturally religious community.

They’ve destroyed the black family today. Two-thirds of black children are born outside of wedlock. That’s why the crime rate is seven times higher among blacks than among any other ethnicity in the United States. But you’re not allowed to talk about that either. So, frankly, the solution to this would be to have the Nation of Islam and similar religious-based groups enforce family values and law enforcement in black communities and get the racist white officers the heck out of those communities. Until that happens I’m afraid this problem is probably going to just continue.

Kevin Barrett is an American author, journalist and radio host with a Ph.D. in Islamic and Arabic Studies. He has been studying the events of 9/11 since late 2003. He recorded this article for Press TV website.