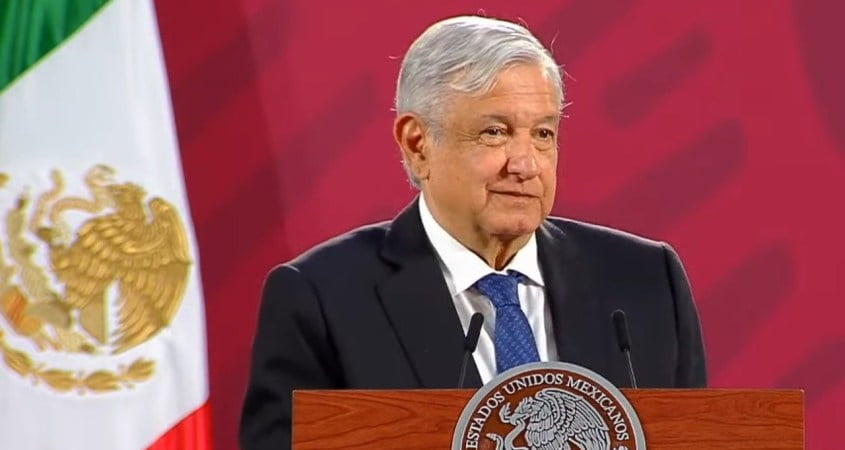 Mexico’s oligarchs and establishment political parties have united in a secret alliance to try to remove left-wing President López Obrador from power, with help from the media, Washington, and Wall Street. Leaked documents lay out their devious strategy.

Some of the most powerful forces in Mexico are uniting in a campaign to try to topple the country’s first left-wing president in decades, Andrés Manuel López Obrador. And they apparently have support in Washington and on Wall Street.

Known popularly as AMLO, the Mexican leader is a progressive nationalist who campaigned on the promise to “end the dark night of neoliberalism.” He has since implemented a revolutionary vision he calls the “Fourth Transformation,” vowing to fight poverty, corruption, and drug violence — and has increasingly butted heads with his nation’s wealthy elites.

López Obrador has also posed a challenge to the US foreign-policy consensus. His government provided refuge to Bolivia’s elected socialist President Evo Morales and to members of Evo’s political party who were exiled after a Trump administration-backed military coup.

AMLO also held a historic meeting with Cuba’s President Miguel Díaz-Canel, and even stated Mexico would be willing to break the unilateral US blockade of Venezuela and sell the besieged Chavista government gasoline.

These policies have earned AMLO the wrath of oligarchs both inside and outside of his country. On June 18, the US government ratcheted up its pressure on Mexico, targeting companies and individuals with sanctions for allegedly providing water to Venezuela, as part of an oil-for-food humanitarian agreement.

The value of the Mexican peso immediately dropped by 2 percent following the Trump administration’s imposition of sanctions.

These opening salvos of Washington’s economic war on its southern neighbor came just days after López Obrador delivered a bombshell press conference, in which he revealed that the political parties that had dominated Mexican politics for the decades before him have secretly unified in a plot to try to oust the president, years before his democratic mandate ends in 2024.

The forces trying to remove AMLO from power include major media networks, massive corporations, sitting governors and mayors, former presidents, and influential business leaders. According to a leaked document, they call themselves the Broad Opposition Block (Bloque Opositor Amplio, or BOA).

And they say they have lobbyists in Washington, financial investors on Wall Street, and major news publications and journalists from both domestic and foreign media outlets on their team.

In a press conference on June 9, the Mexican government published a leaked strategy document purportedly drafted by the Broad Opposition Block, titled “Let’s Rescue Mexico” (Rescatemos a México). The AMLO administration said it did not know the origin of the leak.

These pages consist of an executive summary of “Project BOA,” outlining what it calls a “plan of action” – a blueprint of concrete steps the opposition alliance will take to unseat AMLO.

One of the key points in the plan is the following: “Lobbying by the BOA in Washington (White House and Capital Hill) to stress the damage that the government of the [Fourth Transformation] is doing to North American investors.”

The lobbying strategy depends heavily on turning the US against AMLO: “More than comparing it with Venezuela,” the document reads, “BOA should highlight the very high mass migration of Mexicans toward the United States if the crisis of unemployment and insecurity gets worse.”

Then the BOA adds: “Repeat this narrative in the US and European media.”

The leaked pages say that BOA has the “international press (USA and Europe)” on its side, along with “foreign correspondents in Mexico.”

The document even names specific media outlets, along with individual journalists and social media influencers, who could help spread their anti-AMLO propaganda. On the list are some of the top news publications in Mexico: Nexos, Proceso, Reforma, El Universal, Milenio, El Financiero, and El Economista.

The “plan of action” makes it clear that this powerful opposition alliance seeks to use its extensive control over the media to obsessively blame AMLO for “unemployment, poverty, insecurity, and corruption” in Mexico.

BOA even states unambiguously in its plan that it will use “groups of social media networks, influencers, and analysts to insist on the destruction of the economy, of the democratic institutions, and the political authoritarianism of the government of the 4T” (using an acronym for the Fourth Transformation process).

This makes it especially ironic that the BOA document reluctantly acknowledges that the López Obrador “government has managed to mitigate the economic impact of the health crisis of coronavirus by giving large amounts of public money to the affected, through social programs.”

The leaked pages likewise admit that AMLO has an approval rating of more than 50 percent — lower than his peak at 86 percent support in the beginning of 2019 or his 72 percent at the end of the year, but still impressive for a region where US-backed leaders like Chile’s Sebastián Piñera or Colombia’s Iván Duque have routinely enjoyed approval ratings of 6 percent and 24 percent, respectively.

With backing from the US government and utter dominance of media narratives, the Broad Opposition Block plan is to unite all of Mexico’s establishment political parties.

Together, these parties could potentially run candidates under the BOA umbrella, according to the document. Their goal would be, in the 2021 legislative elections, to end the majority that AMLO’s left-wing party Morena won in Mexico’s Chamber of Deputies.

After that, BOA states clearly that it plans to block reforms in the Mexican legislature, and ultimately impeach President López Obrador by 2022 — at least two years before his term ends.

Quite revealing is that the “Let’s Rescue Mexico” document does not mention anything about average working-class Mexicans and their participation in the political process. Nor does it acknowledge the existence of labor unions or grassroots activist organizations, which make up the base of AMLO’s movement and his Morena party.

This is not surprising, considering the BOA alliance lists some of the most powerful figures in the Mexican ruling class.

BOA also includes the new political party México Libre, a vehicle for former right-wing President Felipe Calderón, a major ally of George W. Bush who declared a catastrophic “war on drugs” in Mexico, leading to tens of thousands of deaths.

Along with Calderón, BOA lists former President Vicente Fox, another right-wing US ally, as a coalition ally. Fox worked closely with the Bush administration during his term as president to isolate the leftist governments in Latin America, and even tried to undemocratically remove AMLO as mayor of Mexico City and ban him from running for president.

BOA also says it has support from the governors of 14 states in Mexico, along with opposition lawmakers in both the Senate and Chamber of Deputies, judges from the Electoral Tribunal of the Federal Judiciary (TEPJF), and officials from the National Electoral Institute (INE).

Joining the entire Mexican political establishment in the Broad Opposition Block is a powerful financial oligarchy, both domestic and foreign.

Along with its “anti-4T lobbyists in Washington,” the leaked document says BOA has “Wall Street investment funds” behind it.

BOA adds that it is supported by “corporations linked to T-MEC,” using the Spanish acronym for the new “United States–Mexico–Canada Agreement” free-trade deal, known popularly as NAFTA 2.0.

Some of the richest capitalists in Mexico are associated with BOA. Named in the leaked document is the Mexican corporate behemoth FEMSA and oligarchs from its associated Monterrey Group, which the New York Times once described as a “a tightly knit family of wealthy and conservative businessmen.”

Opposition denies involvement in BOA, while turning up heat on AMLO

In the days after López Obrador’s press conference exposing the Broad Opposition Block, some of the prominent figures implicated in the alliance, such Felipe Calderón, denied involvement.

Some of these political and economic elites even claimed BOA doesn’t exist, seeking to cast doubt on the president’s scandalous revelation and accusing him of fabricating the scandal.

But their efforts are clearly part of a larger campaign by Mexican opposition groups to remove President Andrés Manuel López Obrador from power. As AMLO’s Fourth Transformation moves forward, their destabilization tactics have grown increasingly extreme.

López Obrador himself has warned of the radicalization of the right-wing opposition. As The Grayzone previously reported, the president made an ominous reference to the threat of a potential coup in November 2019.

Referencing Mexico’s former President Francisco Madero, a leader of the Mexican Revolution and fellow left-winger who was assassinated in 1913, AMLO tweeted, “How wrong the conservatives and their hawks are… Now is different… Another coup d’état won’t be allowed.”

The next part in this investigative series by The Grayzone will show how far-right forces in Mexico are pushing for a coup against AMLO.