Prepare For Change
Home ARCONTES Patents show how your nervous system can be manipulated through TV or... 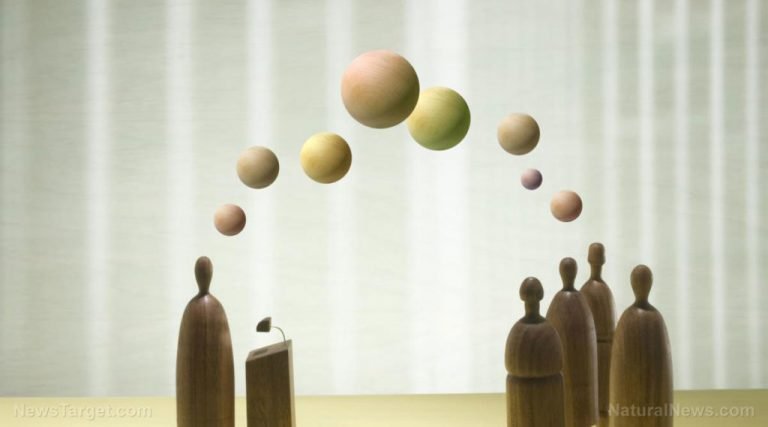 If you thought the idea of manipulating the human nervous system via TV screens and computer monitors was reserved solely for the realm of science fiction, think again. Registered patents indicate that this may not be quite as far-fetched as it sounds.

The 6506148 B2 patent, entitled: “Nervous System Manipulation By Electromagnetic Fields From Monitors,” was filed by someone called Hendricus G. Loos and published in 2003.

According to the patent, “Psychological effects have been observed in a human subject in response to stimulation of the skin with weak electromagnetic fields that are pulsed with certain frequencies near ½ Hz or 2.4 Hz, such as to excite a sensory resonance.”

After pointing out that many TVs and computer monitors emit pulsed electromagnetic fields that are capable of causing such excitation when displaying pulsed images, the patent goes on to say that this means it is possible to manipulate a person’s nervous system buy pulsing images on TVs or computer monitors. They may be embedded in program material, for example, or “overlaid by modulating a video stream, either as an RF signal or as a video signal.”

When it comes to computer monitors, the image could be pulsed effectively using a simple computer program, and it could even be controlled remotely from another location.

One part is particularly alarming:

“Certain monitors can emit electromagnetic field pulses that excite a sensory resonance in a nearby subject, through image pulses that are so weak as to be subliminal. This is unfortunate since it opens a way for mischievous application of the invention, whereby people are exposed unknowingly to manipulation of their nervous systems for someone else’s purposes. Such application would be unethical and is of course not advocated. It is mentioned here in order to alert the public to the possibility of covert abuse that may occur while being online, or while watching TV, a video, or a DVD.”

Although this might be something that never comes to fruition, the concerns raised about electromagnetic fields are certainly legitimate – especially now that we are surrounded by smart devices connected to the Internet of Things and dangerous 5G.

Ultimately, this patent implies that covert mind control via the TV or computer is entirely possible. It sounds like a conspiracy theory, but it’s something that is already happening to some extent, albeit via a slightly different approach.

The things we watch on TV and online are already designed to manipulate us and influence our decisions, whether it’s a TV commercial convincing you to buy something you don’t really need or social media sites like Facebook or YouTube censoring videos that tell the truth about the dangers of vaccines or give natural health advice. It’s becoming increasingly harder to trust the things the mainstream media tells us, and those who dare to go against the grain are often silenced. So much of what we hear, think and believe is being influenced by those in power, and it’s not a stretch to think they would control our nervous system if they could.

If nothing else, this is a great reminder that we should try to spend more time away from electronic devices like smartphones, which we already know are monitoring and recording everything we do and are likely influencing our thoughts, feelings and behaviors to a greater degree than we realize.