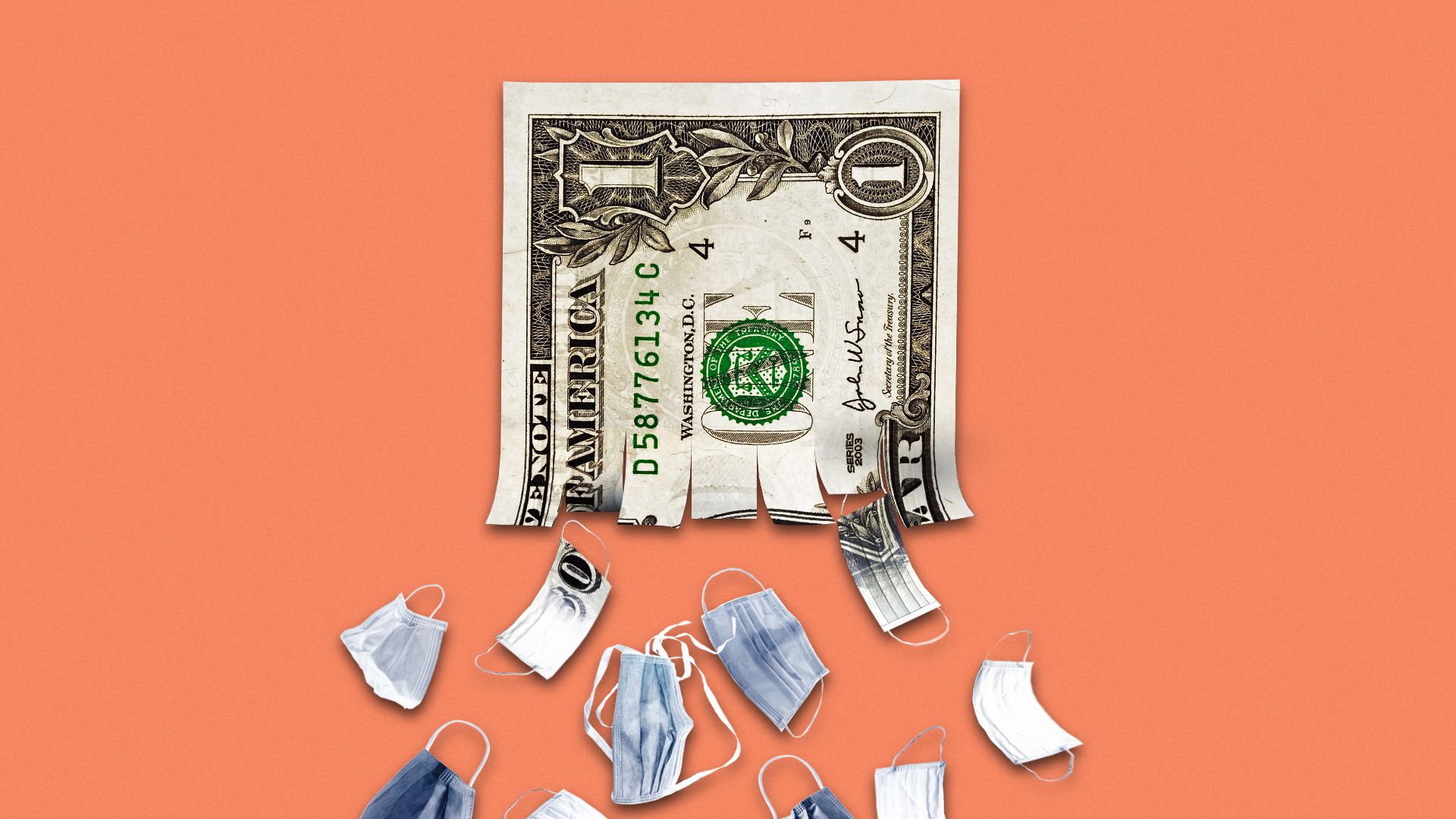 Expenses are piling up for cash-strapped small businesses as they invest in what it takes to lure customers and workers back into shops: fancy air filters, plexiglass shields, and stockpiles of PPE.

Why it matters: Some small business owners are spending the equivalent of a month’s worth of profit on precautionary equipment — even as they question whether it’s worth it as the threat of more lockdowns loom.

What’s going on: Nationally, many businesses are taking steps forward — doling out cash to retrofit restaurants, retail stores, grocery stores and other establishments. But they’re simultaneously preparing to take steps back — or to close for good — if cases spike again.

Among those that are trying to stay the course, there’s a daunting laundry list of guidelines from the CDC: spaced-out tables, limited numbers of customers, thermometers for temperature checks and industrial-strength cleaning supplies.

By the numbers: While necessary, the additional expenses put pressure on small businesses that already skated by on slim profit margins. Many business owners wonder if their investments in COVID-19 protocols will be money down the drain.

One story from the trenches: Candace Combs owns In-Symmetry Spa in San Francisco, whichwas in the early stages of reopening before the mayor paused its plans.

Bruce Lewis, who runs T-Elegance Hair and Nail in West Palm Beach, Fla.,with his wife, paid nearly $1,000 for commercial-grade sanitizing by a cleaning company, and $600 for hand-sanitizer dispensers. That’s just where the outlaysstarted.

Other small businesses that have reopened are seeing a myriad of other expenses. For restaurants, there’sthe cost of pivoting to delivery and extra signage. Boutiques are spending to deck out window displays with more mannequins,to attract customers leery of the fitting room.

Between the lines: Small businesses that got PPP loans may need more money as those funds dry up. Some industries are pushing for more federal aid, which lobbyists are hoping Congress will take up before its August recess.