Prepare For Change
Home ARCONTES Benjamin Fulford Report 7/27/20: The U.S. is now a failed state and... 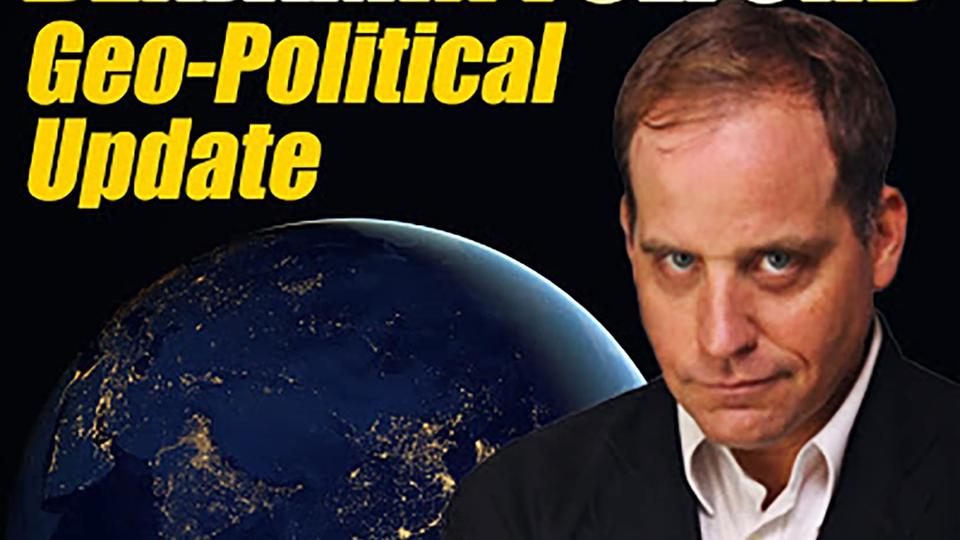 Note to readers, this is the last of the pre-written summer reports.  Regular reporting will resume with the August 3rd edition.

The undeclared bankruptcy of the United States of America Corporation on February 16th and the subsequent chaos is a sign to the world that the U.S. under its current management is a failed state.  This week we will look at how this came about and what to do about the situation.

First of all, according to various estimates, including the Atlanta Federal Reserve Board, U.S. GDP has fallen by 50% this year.  The U.S. also, (again according to places like the FRB) has unfunded liabilities of over 200 trillion dollars.  This includes external debt, government debt, unfunded pension liabilities, etc.  If GDP has really fallen by half to about $10 trillion it means the debt is over 20 times U.S. annual income.  It means if all Americans spent half their money paying off the debt, it would take 400 years to do this.

There are other signs of deep dysfunction as well.  Americans spend 17.7% of GDP on medical expenses; more than double the percentage in other countries.  Despite this each year American lifespan decreases.  They have a criminalized medical establishment that is poisoning people with carcinogens and tainted vaccines in order to increase the number of sick people they can suck money out of.

The gap between the rich and the poor in the U.S. is by far the biggest in the developed world.  Real living standards for 90% of Americans have been dropping since the early1970’s.

Yet another problem is a corporate media that is now spewing almost nothing but propaganda and lies.  This is in tandem with a political system that is paralyzed by infighting and corruption.  Democracy in the U.S. has been dead ever since George Bush Jr. stole the year 2000 election

Anyway, you get the picture.  As an MI6 source put it “America is finished.”

The obvious answer is for the current Washington DC regime to publicly declare bankruptcy.  This would wipe out the debt overnight.  The administration of U.S. President Donald Trump is trying to “make America great again.”  Trump has in fact already repudiated domestic debt by nationalizing the FRB and handing money directly to corporations and individuals.

This works domestically but since the U.S. owes money to the rest of the world, the American people need to renegotiate their debt with the rest of the world.  Remember ships have been arriving in the U.S. full of stuff and leaving empty for over 40 years.  It was all paid for with the U.S. credit card but now other countries are asking for cash.  That is why stores are running out of so many goods.  The U.S. does not have the cash to maintain the living standards that were being paid for with debt.

The rest of the world, especially the main creditors Japan and China, are willing to write off the debt but they want a change in management first.  In other words, they want the Americans to free themselves from the Babylonian debt slavery of the Khazarian mafia.

That process has started with arrests and extra-judicial killings of top Khazarian, Satan-worshipping elites.  The Bush family is gone, the Rockefellers lost the presidency when Hillary Rockefeller was defeated, and many politicians and so-called celebrities have vanished.

However, the situation is still like a lizard shaking off its tail in order to escape.  The real control of the United States is still in the hands of…

Remember when Donald Trump was a businessman, each time he went bankrupt he was bailed out by the Rothschilds.  This is a matter of public record.  Kushner bought the infamous property 666 5th avenue where they developed microchips for implanting into humans.

The corporate media is still allowed to spew lies and fear-mongering day after day.

Also, Americans are being attacked with bioweapons and 5g electromagnetic radiation in order to force them to take vaccines.  These vaccines, according to the NSA, contain behavior-modifying microchips that work in tandem with 5g signals.  Americans are now obsessed with their “credit scores,” a sign of complete debt slavery.

The other thing to note is there has been no release of the hidden technology and no public acknowledgment of the secret space program by Trump or his regime.  Instead, they have created a space force that, so far, seems to be stuck firmly on the surface of this planet.

In other words, despite the real advances made by Trump and his people, their efforts fall far short of the second American Revolution that is so badly needed.

There is a group proposing a solution that involves a merger between the United States and Canada to create a United States of North America (USNA).  Such an entity would be able to reboot the continent with a real fresh start.

The proposal calls for a jubilee, or a complete write off of all debts, public and private.  It also calls for a one-off asset redistribution so that each North American household would own its own home and have the equivalent of $400,000 in assets.  There would also be a one-off amnesty of non-violent criminals.  This would include the 47% of Federal prisoners in jail on drug charges.

The other proposals include a break-up of the Khazarian dominated media cartels.  This would include not just the corporate media but also the tech giants, the textbook companies, etc.  The current regime of lies and propaganda would be replaced with truth and facts.

Another idea is to move the capital of the USNA out of Washington.  The State of North Dakota has been proposed because it is the geographical center of North America.  However, any such decision would be made democratically, according to the will of the people.

The U.S. military-industrial complex would also undergo a complete swords to plowshares transformation.  In order to get the support of this powerful lobby, the transformation would be started off with an across the board 20% pay rise.  High tech military companies would be retooled for space exploration and to provide futuristic transportation devices.  U.S. troops would be redeployed to protect nature preserves and the world’s weak and the poor.

The healthcare system would also be completely overhauled.  The details would be worked out by experts according to the world’s best practices.  However, one essential principle would be enshrined.  Under the new regime, insurance policies would be retooled so that the healthier people got, the more money the medical industry earned.  Right now it is the opposite, the sicker people get, the more money the medical and pharmaceutical industries earn.  This is what created the incentive for the deliberate spreading of bio-weapons, carcinogens and other toxins.

The other change with the USNA would be that the people as a whole would be involved in planning the future.  People would be asked exactly what sort of future they wanted and then experts would figure out how to make it happen.

The USNA would also be run by a combination of restored and rejuvenated democracy, combined with meritocracy.  The pentagon is an example of a meritocracy.  Well run corporations are another.  Anybody can climb up the ranks if they have what it takes.  A new meritocracy would be put in charge of future planning.  The actual work though would be carried out by the private sector.  Democracy would ensure the meritocracies would not become self-serving elite establishments by putting them firmly under the control of the people.

The Golden Dragon Family has offered to grant, free of charge, countless trillions of dollars to help make sure the USNA would be well funded so that it could get off to a running start.  The rest of the world also stands ready to help the American people as they shake off the long years of Babylonian debt slavery and mind control.

The resistance to this plan is coming from the people who finance Donald Trump, the Zionists, the Rothschilds and their ilk.  As long as they remain in control, the U.S. will see a continued deterioration into anarchy and poverty.

This autumn there will be a big push to turn this vision, or an improved version of this vision, into reality.  The support of the 5 eyes military and intelligence apparatus, in harmony with their European counterparts, will be essential.  Only a unified West will be able to make sure that the United States rises like a phoenix from the ashes, stronger and more beautiful than before.  The world hopes and prays the good old friendly U.S. of yore to return soon.