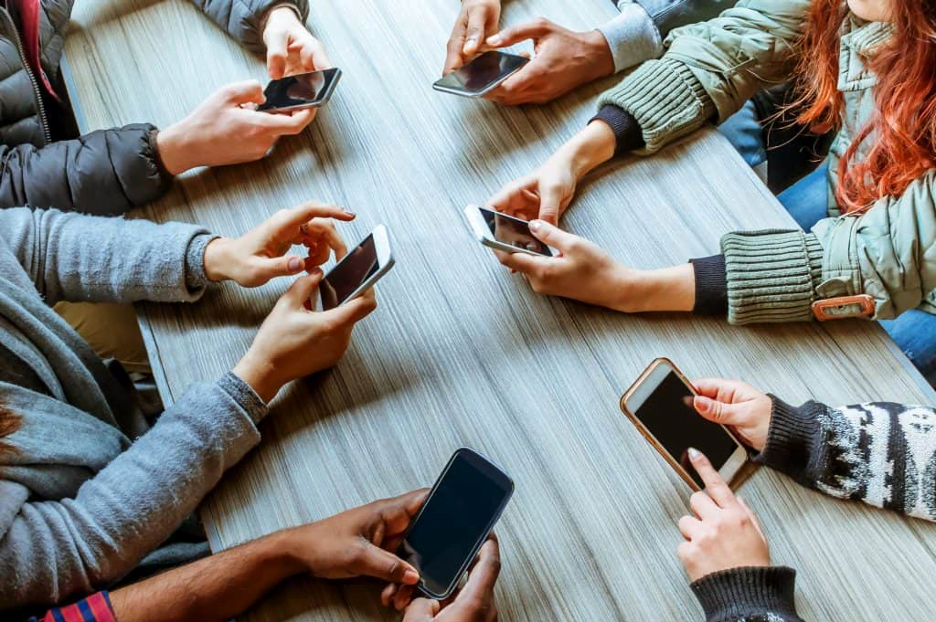 If your answer to these questions is yes, then now you are also among those people that are consumed by modern-day slavery. Technology and the Internet have bound people through an invisible chain. One that is so strong and addictive that people would risk losing a real relationship over their time spent with their smartphones. According to statistics presented on Statista, smartphone penetration in the US alone had gone up to 71.4% in 2019. It goes on to show that technology has not only paved its way in every aspect of our lives, making it easier, but it has done so at a higher cost. We have become slaves to our technology, and it is making us less happy and less connected to the real world.

Five ways we are dependent on technology in our daily lives

Tech has become a predominant part of every aspect of our lives. The past decade allowed us to search, find, and conquer what technology can do for us. With the new decade on the rise, it is easier to say that we will see immense growth and more efficiency, given the fact that technology is expanding at a rapid pace. Therefore let’s see how in the following five ways has technology made us totally dependent and addicted and a modern-day slave willfully giving into this notion.

Over the last decade, constantly checking, scrolling, and going through your current feed or timeline has increasingly become a norm. It is such a popular activity that seeing someone who doesn’t do it is taken more as a shock than somebody doing it. Even though it seems that a big number of population has become a modern-day slave to the excessive use of these social media platforms. But it is not true as only a small percentage of the people have become addicted to social media in a problematic way.

In fact, the estimated figures of an average American meeting the criteria of a social media addict only go from 5 to 10%. But even though a smaller percentage has given into the compulsive need of social media, one cannot deny that a more significant percentage is following a similar track. Due to the effect that social media has on the brain, it is both physically and psychologically addictive. With the constant need to check what’s new, the fear of missing out, increasing number of likes on Instagram and other such behavioral traits are present that may lead them all to a similar devastating fate of becoming a slave of this technological feat.

Think about it, from where do we get our one doze of entertainment nowadays.

The answer is no. Everything has been effortlessly replaced or taken over by the Internet. Your one-stop shop is now the very sleek device probably in your hands right now, which you are using to read this article. It goes on to show that every platform is now optimized to cater to your needs. From being exposed to everything in a single place, the Internet has become a necessity.

Not only can you find endless supply of readable content but audio, videos and movies too. With many businesses flourishing to cater to audiences’ needs and generating billions worth of revenue, people not only are dependent on the Internet but addicted to platforms like YouTube, Netflix, and Spotify. Such platforms have become a go-to resource not only for audiences but for artists as well. With independently paid content being published for public viewing, artists are have gained recognition and a new opportunity to stage their talent.

The Internet has been playing a vital role in education ever since it has been curated and distributed for public use. Since the early times of looking through the whole encyclopedia for a particular topic to now putting in a random word in the Google search box for Wikipedia to provide an entire historical background behind it, the world has evolved. Not only are we dependent on the Internet for our best educational interests, but formal classrooms have started to shift towards becoming smart classrooms. Where the Internet is taken advantage of conducting classes without borders, coming together as one is promoted, and there is a vast array of information shared. Many fields of education like healthcare have seen a greatly positive change thanks to technology.

Sherry Turkle is a sociologist and clinical physiologist at MIT. And he said in his interview with Crowd Writer that, “Just because we invented a powerful technology doesn’t mean we have to become its slaves.” According to him, our most humane characteristic is that we humans engage in face to face verbal communications and dialogues, unlike other living beings roaming this planet. Then what will be the consequences of living in a world where the most human thing we do becomes less and less? Even our news updates, weather checks, and current affairs come with the credibility of being available online at a reliable platform.

Many platforms have been built solely to cater to the purpose of bringing about awareness. In contrast, Facebook and Twitter alone are more than enough to provide both local and global news at every corner of the world. You just need to check whether the piece of information you just obtained s credible or not. And even for that, there are infinite options to rectify if the news is not valid. Thus, people today have increasingly started to lean on the Internet for a daily dose of news and current affairs.

Before internet businesses were progressing, but mainly it was all through the traditional marketing channels of word of mouth. Today, many factors play a huge role in making a business successful, and one of them is the Internet. It has definitely changed the game from how you develop a product to how it is manufactured and then marketed for the consumers to buy.

Technology has revolutionized how business, trade, and commerce were used to be practiced. Today, eCommerce has taken over the world by storm. Businesses are thriving online, and a virtual store is valued more than an actual one you see on the street. The plethora of information, as well as the ease of access that the Internet provides to both the consumer as well as the seller, have made both parties dependent on the vast platforms and realm of the Internet to suffice their needs.

In conclusion, technology has infiltrated every aspect of our lives. From our daily household chores to our educational needs, business, and entertainment. Everything is dependent on technology in one way or the other. Thus there is no turning back from now but rather only moving forward and seeing where these technological advancements take us. Although what we can do best is to retain our human tendencies and keep our physical abilities in check. Do not entirely give in to getting provided on the spot for things we can move about and actively promote in-person socializing.

Author Bio: Claudia Jeffrey is currently working as a Content Strategist at Assignment Assistance, best place to get cheap assignment writing service. Writing is both her passion and profession. She incorporates many modern trends among her topics of interest on her blog. Her expertise and skills have garnered her network of audience online.

1 thought on “How Humans Are Becoming Slaves to Modern Technology”