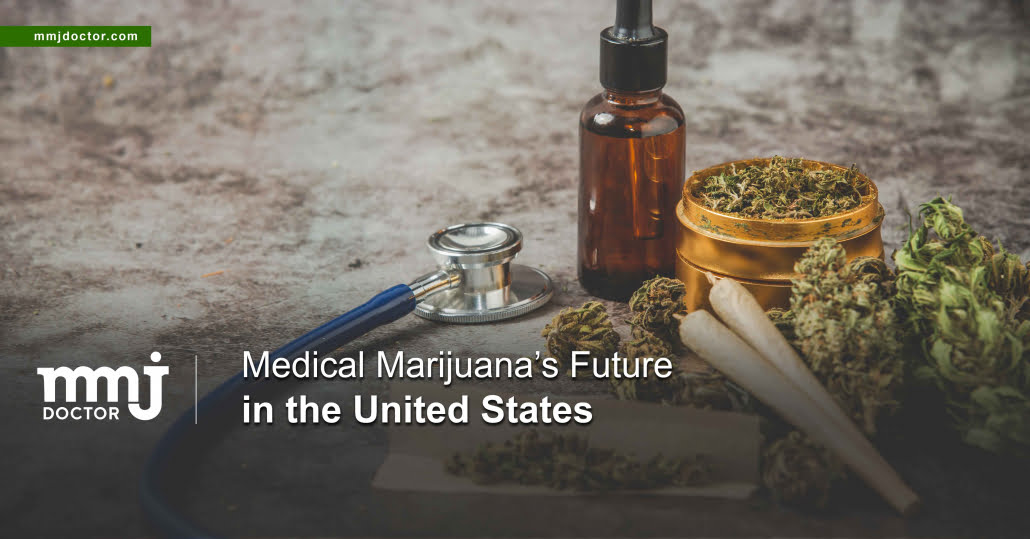 From our subscriber Azaz and mmjdoctor.com:

Did you know that Marijuana is the world’s most commonly used, trafficked, and cultivated illicit drug? Yes. And while the push for medical marijuana legalization continues to grow at home and abroad, marijuana has already gained significant attention from researchers, manufacturers, and investors.

Presently, 33 states in the US have legalized the medical use of marijuana, with 14 of those (as of March 2020) allowing the recreational use of the drug for adults. This number is set to rise as more people accept the idea of legalizing marijuana. Which makes it imperative to consider what the future holds for medical marijuana.

But to contextualize the future of CBD, it’s necessary to briefly review its history. As someone once said, “Life can only be understood backward, but it must be lived forwards.” So here goes:

A Concise Medical History of CBD

Healers have been using marijuana or cannabis for its medicinal traits for over 5 millennia. If anything, the world’s oldest existing text, the Chinese Sheng-Nung-Pentshao Ching, recommends using cannabis to address digestive disorders and to reduce rheumatism pain. Not only that.

Marijuana, the herb, had an established presence in Western medicine back in the day. In the period 1840 to 1900, over 100 articles extolling marijuana’s therapeutic virtues featured heavily in European and American medical journals. Also, in 1851, the United States Pharmacopoeia added ‘hemp extract’ in its medicinal amalgams catalog.

That same year, the Dispensatory of the United States of America recommended marijuana for the following complaints:

Even the 1864 edition of Pharmacopoeia offered precise instructions on how to prepare marijuana as medicine. Meanwhile, American physicians routinely prescribed cannabis to their patients – something they did unabated up to the late 1930s. And it wasn’t until 1970 that the law would prohibit all uses of this herb.

The United States started expanding its regulation of mind-altering drugs in the early 20th Century. In fact, the 20th Century saw different acts designed to restrict the unregulated use of specific classes of drugs enacted into law. Here’s the chronology of events leading to the legalization of medical marijuana as you know it today:

Following California’s lead, many other states including Alaska, Michigan, Montana, Nevada, Washington, New Mexico, Hawaii, etc. enacted laws permitting their residents to cultivate, use, and possess marijuana for medical purposes. Albeit with restrictions.

That’s why today, federal law still deems marijuana a controlled substance under the Control Substances Act of 1970 while many state laws have lifted these restrictions.

The Future of Medical Marijuana

People’s attitudes toward marijuana have drastically changed over the years. And this trend isn’t about to stop as researchers figure out new things about marijuana and its benefits. In fact, a Pew Research survey showed that 67% of Americans (two thirds) support marijuana legalization.

With this in mind, expect the following medical marijuana developments in the future:

With Democrats now controlling the lower house, significant CBD legislation seems likely this year. Even Politico notes that (as of 2019), 296 members of Congress (68%) come from the 33 states that have already legalized marijuana. Meaning that there are sufficient numbers to pass the long-awaited cannabis bills.

Also, a majority of the 2020 presidential candidates have already expressed their support for marijuana legalization including democratic frontrunner Joe Biden.

As the United States slowly changes its perceptions towards Cannabis, more and more people are giving medical marijuana products a try. CBD retails as an ingredient in oral sprays, oil, pills, creams, and edibles like lollipops and gummies. Talking about gummies, CBD gummies was United States’ third-most searched food-related term (on Google) in 2018.

Economic Growth of Marijuana in the USA

Under the current FDA (U.S. Food and Drug Administration) laws, all drugs with CBD require the agency’s approval. And they are currently approving all CBD drugs deemed fit for the market. For instance, the FDA approved its first marijuana-derived drug in 2018.

Even more importantly, the FDA has indicated that it’s likely to do away with the federal rule that prohibits the marketing of dietary supplements and food products that contain CBD.

As the demand for medical marijuana grows, so shall the supply. Energias Market Research predicts that the cannabis market will grow by at least 19% every year globally. So expect to see more cannabis pharmaceuticals in your area.

And now comes the best part. Unlike in other industries, it will be difficult for large corporations to dominate the market by flooding it with cheap, generic products. Why? weed comes with a variety of strains. Also, many states are enacting legislation that will ensure as many people as possible benefit from the legalization of medical marijuana.

All indications are that going forward, medical marijuana will be readily available for anyone who needs it. Better yet, people won’t be engaging in illegal conduct by purchasing, using, or advertising any cannabis-related product. But that doesn’t mean it will be easy for you to get medical marijuana products.

Which is why you need to get in touch with MmjDoctor. Our licensed and experienced CBD professionals will provide you with ample information and guide you through the process of making informed decisions about medical marijuana. What’s more, they can help you process your first medical marijuana card!