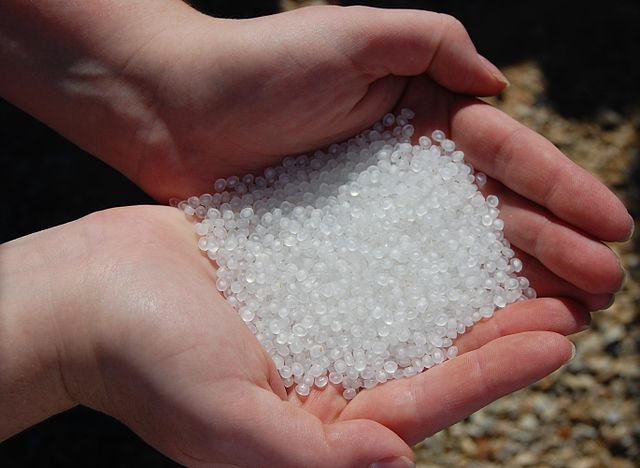 From HeavyMetals.news and Divina Ramirez:

Scientists are still unsure about the health risks that microplastic ingestion poses to human health. But that’s starting to change thanks to recent studies.

In a major breakthrough, researchers from the German Environment Agency (UBA) and the Robert Koch Institute (RKI) found that 97 percent of the blood and urine samples of some 2,500 children tested, aged three to 17, had traces of microplastics, or the small pieces of plastic that occur as a consequence of plastic pollution.

These results are troubling, suggesting that children are exposed to countless sources of microplastics inside the home. The results also indicate that more and more plastic ingredients are being found inside human bodies in recent times, said Marike Kolossa-Gehring, a toxicologist at UBA and a member of the research team.

Their findings appeared online in the German publication Der Spiegel.

The ocean is abundant in microplastics. The plastic fibers, often no bigger than a sesame seed, can be detected in different species of fish and shellfish that humans consume.

This alone could be a testament to the degree of global plastic pollution, but scientists are racing to figure out the implications of this pollution for human health.

In this most recent research, German scientists found that humans also face a heightened risk of microplastic exposure from the frequent use of plastic products, certain fabrics, food packaging and cooking utensils.

Some of the chemicals identified pose no apparent health risk, but the researchers expressed the most concern regarding disturbing amounts of perfluorooctanoic acid (PFOA) in the blood and urine samples.

This man-made chemical is used around the globe to make non-stick and stainproof coatings for pans, clothes and other products.

Numerous studies indicate that exposure to PFOA in certain amounts can result in health issues and complications, including birth defects. It has also been found to be carcinogenic in animal trials.

The researchers also speculated that children that aren’t from rich or middle class areas face the greatest risk of microplastic ingestion. The long-term damage of this exposure also cannot be ruled out.

The group said that these findings should be a clear call for more regulations against the use of PFOA and the other chemicals found in the samples. The European Union (EU) is set to ban PFOA sometime in 2020.

This isn’t the first time that researchers studied cases of microplastic ingestion in humans.

In 2018, scientists from the Medical University of Vienna and the Environment Agency Austria monitored a group of eight participants, each from a different country around the globe.

The scientists detected the presence of up to nine different kinds of microplastics in all of the stool samples.

In addition, based on the entries in the participants’ food diaries, the scientists speculated that microplastic ingestion is linked to drinking from plastic bottles or consuming foods that use plastic packaging. Six of the participants consumed sea fish.

More research is needed to understand the potential effects of microplastic exposure, but current studies are blaming microplastics for disrupting the function and production of hormones implicated in important cellular processes, such as immune response to infection and disease.

Bisphenol A (BPA) is one such hormone-disrupting chemical. It is one of the most studied toxic chemicals because of its ubiquitous presence in food packaging. But this same ubiquitous presence could also be posing a threat to both marine life and humans.

Scientists have reported that the degradation of BPA-containing hard plastics has led to BPA leaking into the ocean at concentrations ranging from .01 to 0.50 parts per million. Experts are still hard-pressed to understand the implications of this plastic pollution consequence for marine and human health.

But one disturbing scenario that scientists are considering is that BPA and degraded, minuscule pieces of plastic could bioaccumulate in the fish and shellfish that end up on our dinner tables.

Read more articles about the health risks that microplastics pose to human health at StopEatingPoison.com.