Prepare For Change
Home Education The Rockefeller Drug Empire since 1913 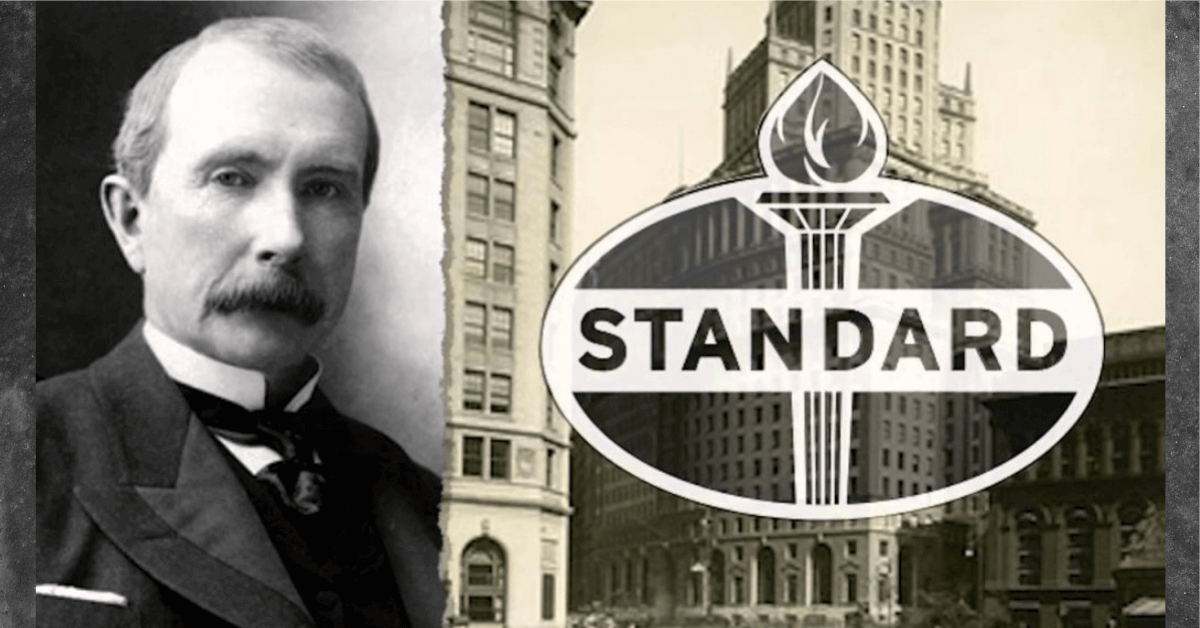 Information as provided by Tim, one of our readers:

Eustace Mullins is “THE” expert on the creation of the Federal Reserve. His book “The Secrets of the Federal Reserve” is the reference on the subject and brought to light the fact that the American central bank was a private bank controlled by the Rockefellers, Rothschilds & friends. In the 1950s, he was parliamentary assistant and worked on the commission of inquiry into the hidden activities of “philanthropic foundations” (Rockefeller / Morgan / Carnegie …)

His research led him to the discovery that men at Rockefeller sat on every board of the big pharmaceutical companies and the takeover of the American healthcare system as early as 1913.

I think you would agree if I said that our healthcare system is a gold mine for multinational pharmaceutical companies. But people tend to believe that it is the culmination of a series of random events, motivated mainly by greed.

Now … when we take a closer look, we find that a small meeting a century ago locked us in a path of concentrated profit and took away our free will on the management of our own body.

This short documentary reveals how Rockefeller is at the origin of the pharmaceutical companies and modern allopathic medicine.

At the beginning of the last century, American medicine was more homeopathic, naturopathic and organic. In 1913, Rockefeller commissioned a study on medicine. The recommendation was to create a medical system modeled on the German system which was based on allopathy, surgery, long-term hospitalization and of course, over-medication.

At the time, Rockefeller’s money controlled municipal and state governments. It was easy to impose the certification criteria for new doctors in the desired direction. And since the Rockefeller Foundation also funded professorships, heads of departments, in medical schools for “philanthropic” purposes, it was easy to influence the direction of medicine.

Result – of the 500,000 doctors at the time, 2/3 disappeared, replaced by “new modern” physicians and profitable allopathic medicine was born, with the public health consequences you can imagine. As he says, it is much more profitable to keep people in a dependent state of health, than to cure them.

Every pharmaceutical company board is crammed with Rockefeller henchmen – a pretty low-key way of control.

It is also a good example of the Rockefeller system, which, by controlling all aspects, manages to direct people in the desired direction, in order to be profitable, without them realizing it. And especially not, for the good of all.

Rockefeller is also at the origin of research on the improvement of the human species, known at the beginning of the last century under the name “Eugenics”. At the time, it was more about advocating the sterilization of women with a history of hereditary deformity. At the end of the twenties, 27 American states had laws allowing the sterilization of women of deformed lines.

He partly funded research at the Kaiser Wilhelm Institute in Berlin in the 1930s. Institute, also linked to Méngélé’s experiences in concentration camps. The word “Eugenics” having had too much bad press, was renamed at the end of the 1940s. Now this research is called – “genetics”.

GMOs are also from Rockefeller laboratories and passed on to Monsanto around 1954. Also, with the ulterior motive of controlling the world food system.

see the book “Seeds of Destruction: The Hidden Agenda of Genetic Manipulation”

Not very cheerful, but these are real facts. After all, it’s funnier to know in advance how we will be taken to the cleaners.

Come on in, sit down, grab a bowl of popcorn and have a good movie (10 minutes)

Also take a look at this article to see the importance of the Eugenics movement at the beginning of the last century, especially among the Elite of the time.

The Rockefeller Institute and the 1918 Spanish Flu

The so-called “Spanish Flu” pandemic of 1918/19, responsible for the death of more than 30 million people around the world, is often cited as an argument to justify the vaccination campaign, compulsory or not, that we will experience in the coming months.

But in fact it had nothing to do with the flu, nor with Spain.

Below is a detailed study made by Kevin Barry in 2018.

The origin was traced to an American military camp in Kansas that trained young recruits before sending them to the front lines in Europe and an experimental bacterial meningitis vaccine from the Rockefeller Institute – tested only on horses before injecting it into humans.As the author points out, the pharmaceutical industry is always looking for ignorant guinea pigs and what better way to sample, than young soldiers in a closed environment. I’m sure that Bill Gates could tell you more about this topic

The day after the vaccination, 100 men a day entered the infirmary complaining of flu-like symptoms, that it was in fact bacterial pneumonia.

The crammed life in the barracks, transport by train and boat in cramped quarters, and then life in the unsanitary trenches, favored the rapid spread of the disease. Remember that many more men died of disease than from enemy bullets during this “War to end all Wars”. Several European countries had ordered this vaccine as well, but details are difficult to find in the archives.

I’ll let you savor the details.

With the end of World War I hastened by the entry of the Americans, the return of millions of possibly infected soldiers and the huge remaining stocks of these experimental vaccines, the US government launched the largest vaccination campaign in history based on fear, with the civilian population as guinea pigs this time around. 14 – 25 experimental, untested vaccines triggered all these diseases at the same time. 7 men fell dead in the doctor’s office following the vaccination.

And that’s how the “Spanish Flu” took on the global dimension we know.

1918 Spanish Flu Only The Vaccinated Died