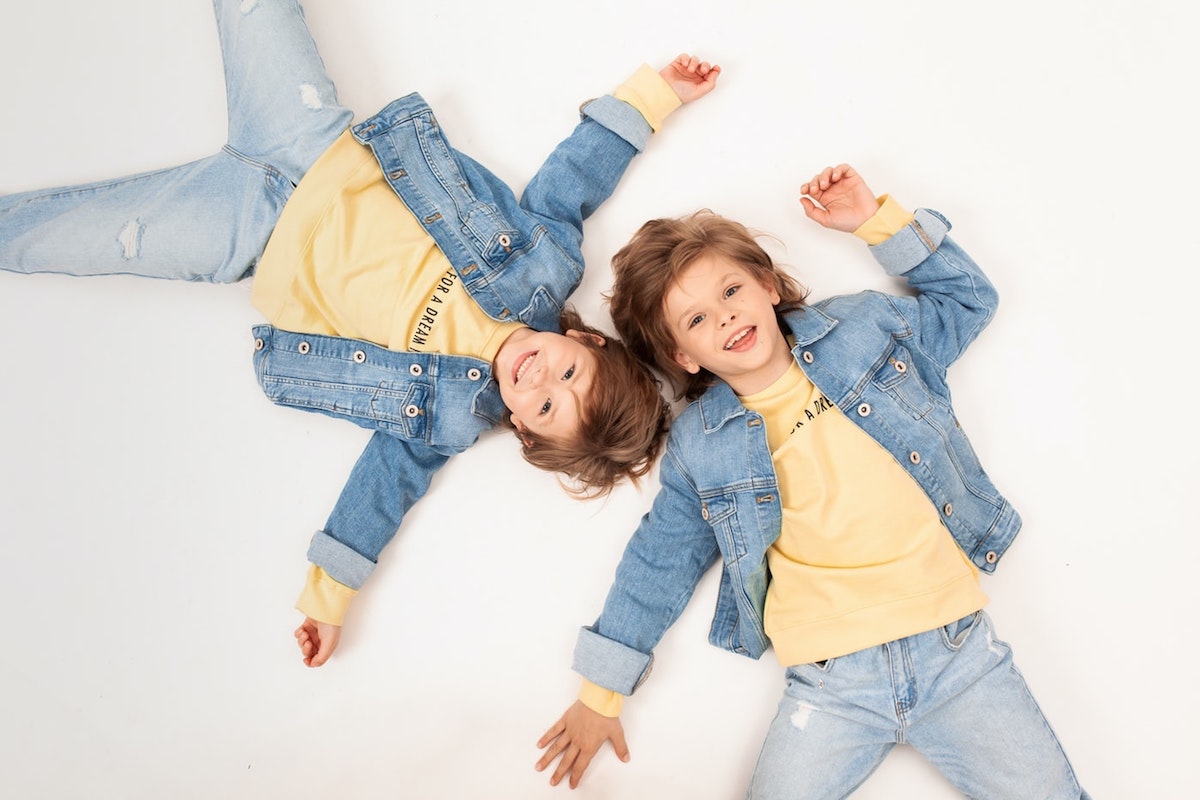 Breaking science news: Vaccinated children are sicker than their unvaccinated peers, according to a landmark new study on vaccine safety: “Relative Incidence of Office Visits and Cumulative Rates of Billed Diagnoses Along the Axis of Vaccination.”

Every parent in America, and every doctor recommending vaccines, should want to see these studies done.

After all, in order to put the vaccine debates to rest, we must demonstrate that the current CDC-recommended vaccine schedule is actually safe.

But, despite constant hand-wringing over declining public confidence in vaccines, the CDC refuses to do these studies.

Their excuse has been that “it would be unethical” to withhold vaccines in order to study their safety.

This excuse assumes that randomized controlled trials, where children are randomly separated into two groups, one which gets vaccines and one which does not, are the only way to do such a comparison.

(If you’re wondering right now why it’s “unethical” to withhold vaccines to determine their safety but not unethical to recommend them for every infant before they are determined to be safe, you’re not alone.)

But the CDC continues to turn a deaf ear to vaccine safety concerns, ignoring the fact that hundreds of thousands of parents, like this one, this one, and this one, have watched their children’s health decline after being given vaccines, Tylenol, and antibiotics. In fact, they seem to go out of their way to design health studies that do not include vaccine status as a variable.

It’s almost as if our public health authorities don’t want to know which children are healthiest.

Aware of the firestorm surrounding vaccine science, James Lyons-Weiler, Ph.D. and Paul Thomas, M.D.’s analysis is scrupulous and thorough. They analyzed the data several different ways to account for potentially confounding factors, such as an increasing tendency to avoid vaccination. They compared the new metric (RIOV) with the old measure of incidence. And they found that the new method correlates well but is more sensitive, thus more likely to reveal a true negative effect than the old one.

So what did Drs. Lyons-Weiler and Thomas find?

In even the most conservative analysis, the study finds statistically significant elevated risks of anemia and respiratory virus infection in the vaccinated children.

Dr. Paul Thomas is a pediatrician with some 15,000 children in his Portland-based practice. He has such a large cohort of patients that researchers can study the data from his practice.

Dr. Paul, as his patients call him, is a friend and colleague of mine. We co-wrote The Vaccine-Friendly Plan: Dr. Paul’s Safe and Effective Approach to Immunity and Health – from Pregnancy through Your Child’s Teen Years together.

As a Dartmouth-educated physician who grew up the son of missionaries in Africa, Dr. Paul has always had a healthy respect for vaccines. But the more he observed the children in his large, diverse practice, the less comfortable he became with the CDC schedule. He watched as parents followed his health recommendations and saw their seemingly healthy children develop neurological disorders and other severe health conditions. Most often the health problems came after a round of vaccines. And Dr. Paul also noticed that families who were spacing out vaccines, or not vaccinating at all, seem to have healthier kids.

Dr. Paul wanted to know how vaccinating was affecting his patient population. So he hired an independent statistician to collect billing and medical records. He then teamed up with James Lyons-Weiler, PhD, an expert in study design, to analyze the data.

In Dr. Paul’s practice parents choose which vaccines their children receive in consultation with their doctors. Very few follow the CDC-recommended schedule. Instead, Dr. Paul helps families make personalized decisions, one vaccine at a time.

In addition to taking medical history into account (especially a family history of autoimmunity), the doctors at Integrative Pediatrics deliberately keep exposure to aluminum-containing vaccines to a minimum.

This way no child receives high doses of aluminum in a single day, and overall accumulation of aluminum is low.

Avoiding an overload of injected aluminum reduces adverse effects of vaccination, especially neurological disorders like ADHD and autism. These disorders have recently been strongly linked with high aluminum adjuvant exposure. Thus, the incidence of autism in Dr. Paul’s study population is only about half the national average. And there are no cases of ADHD in the unvaccinated children.

How sick are they?

It seems clear that vaccinated children are sicker than their unvaccinated peers. But just how sick?

Because most of his families do not follow the CDC to the letter, even the study’s most vaccinated group cannot be considered “fully vaccinated” according to the CDC. Even this study, then, may be missing the true dangers of following CDC recommendations.

James Lyons-Weiler, Ph.D., is an outstanding scientist who has published over fifty-five peer-reviewed scientific papers. He developed a new metric for this study: relative incidence of office visits (RIOV). Often in studies of this type, relative incidence of a particular condition, say asthma or eczema, is used to search for evidence of harm. This approach counts every child with at least one office visit for a particular condition. But medicine is not an exact science. Putting a child solidly in one group or another based on just a single office visit can muddy the true picture.

By counting office visits (plural) related to the condition, we can get a much clearer picture of the healthcare burden of that condition. We can see not only which children are sick, but also how sick they are. RIOV is a more sensitive and more powerful measure because it counts the entire health burden. And the results are eye-opening.

The concern in an epidemiological study is that healthy children are going to be vaccinated more often than unhealthy children. This is especially true in flu vaccine studies because people will only get the flu vaccine if they are healthy to begin with. This healthy user bias—the tendency for healthy people to accept risks of preventative vaccination more frequently than unhealthy people—would usually mean that if there were a negative effect of vaccination it would be masked. So we should expect to see fewer illnesses in the vaccinated group. Not only because vaccines prevent illness but also because the children being vaccinated presumably started out healthier. However, despite concerns about healthy user bias, the unvaccinated children were much healthier than the vaccinated children.

Critics might suggest that the number of office visits is lower in unvaccinated children not because they’re sick less often but because those families don’t trust doctors. Or perhaps because the parents are negligent and less likely to bring their kids in for standard medical care. However, in the study accounts for that possibility by comparing well child visits, which were almost identical in the vaccinated and unvaccinated groups. At the same time, office visits for fever, a known side effect of vaccination, were higher in the vaccinated group.

Of course, if vaccines are at all effective, this would be expected. Surprisingly, perhaps, this increased risk still resulted in a low rate of illness in the unvaccinated group. This suggests that incidence of vaccine-preventable illnesses would not skyrocket if vaccination rates declined.

Findings dovetail with other research showing vaccinated children are sicker

Studies on the effect of DPT vaccines introduced in the African country of Guinea-Bissau reported increased risk of death in children who received the vaccine.

If comparing health outcomes in vaccinated versus unvaccinated children led to reassuring conclusions about vaccine safety, the CDC would be doing these studies with alacrity.

In fact, such comparisons yield worrisome results. Studies that include completely unvaccinated children continue to show they are healthier and that completely vaccinated children are sicker. This suggests that our determination to prevent disease may not be working. It is becoming increasingly clear that over-vaccination is making our children sick—very sick.

Read the study for yourself. Print out a copy and share it with your child’s pediatrician. We need more of this kind of science. The CDC must start funding well designed studies with statistically significant numbers of children. Until they do, it’s the independent researchers willing to stick their necks out to tell the truth who will help us find the best way forward.

Curious to learn more about raising healthy children? This interview I did with Carmen Pritson, an Estonian television journalist, is full of helpful information:

Researchers at IPAK (The Institute for Pure and Applied Knowledge) tell me they are currently working on Phase 2 of the study. Phase 2 will specifically focus on whether there are different risks associated with aluminum-containing versus aluminum-free vaccines, differences in health outcomes in children receiving live virus inactivated vaccines, and whether specific vaccines are associated with specific poor health outcomes.

You can read the study in full by clicking here.