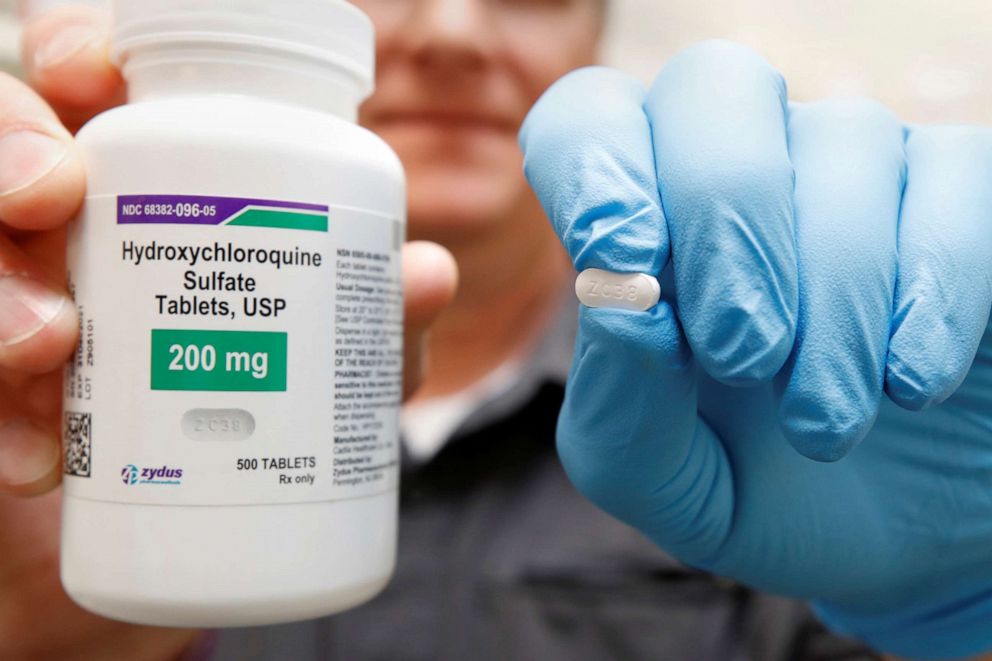 We warned this would happen and now it has. All year the liberal media has attacked Trump’s handling of the coronavirus, especially his endorsement of hydroxycloroquine as an effective treatment.

Now that Democrats believe the election is all over, their disgusting hypocrisy is reaching new heights!

The American Medical Association has amended their recommendations regarding Hydroxychloroquine, reversing their previous warning that a drug in common use for seven decades was somehow now dangerous. This comes after the 2020 election, of course. If they admitted the truth about HCQ before the election, it would have benefitted President Trump who has been recommending it for months.

The AMA is an organization of political hacks. Those in charge of the recommendation made a decision to disregard clear science showing the efficacy of HCQ as a treatment, prompting most news organizations and Big Tech companies to suppress calls for its widespread use. Real doctors had their opinions quashed. Those who discussed how HCQ could benefit us were often suspended or banned from their platforms. And worst of all, people likely died because the AMA wanted to help get their guy into the White House. According to Len Bilén:

The American Medical Association (AMA), in a surprising move, has officially rescinded a previous statement against the use of Hydroxychloroquine (HCQ) in the treatment of COVID-19 patients, giving physicians the okay to return to utilizing the medication at their discretion.

Previously, the AMA had issued a statement in March that was highly critical of HCQ in regards to its use as a proposed treatment by some physicians in the early stages of COVID-19. In addition to discouraging doctors from ordering the medication in bulk for “off-label” use – HCQ is typically used to treat diseases such as malaria – they also claimed that there was no proof that it was effective in treating COVID, and that its use could be harmful in some instances.

However, on page 18 of a recent AMA memo, issued on October 30, (resolution 509, page 3) the organization officially reversed its stance on HCQ, stating that its potential for good currently may supersede the threat of any potentially harmful side effects.

So, there we have it. HCQ could not be approved before the election, because President Trump had recommended it. Meanwhile, with an 8o +% reduced risk of having to be admitted to the hospital if administered with Azithromycine and Zinc as soon as testing positive or symptoms occurred, many (70000+) lives could have been saved.

Many in conservative media have been touting HCQ based on the word of actual doctors and scientists who attest to its usefulness as both a treatment and even as a preventative measure. President Trump took the drug as part for prevention and was reported on by many in the media as causing harm. Fox News host Neil Cavuto went so far as to say based on the President’s recommendations, “people will literally die.”

At NOQ Report, we’ve had our stories about COVID-19 and HCQ censored by Big Tech on multiple occasions. We’ve had articles and videos removed from Facebook and YouTube. And we’re not alone. According to The Gateway Pundit:

For months The Gateway Pundit has been reporting factually on the evidence and studies that proved Hydroxychloroquine was effecting in the treatment of COVID-19. Of course, we were hounded by the left and attacked by fake “fact-checkers” labeling our reports as disputed.

Despite its effectiveness the American Medical Association (AMA) back in March, at the height of the pandemic in the US criticized hydroxychloroquine and its use. Dr. Fauci led the jihad against this effective drug.

Mainstream media and Big Tech warned for months that listening to President Trump and taking HCQ would harm this nation. As it turns out, they were the ones causing harm, and many Americans likely died as a result.