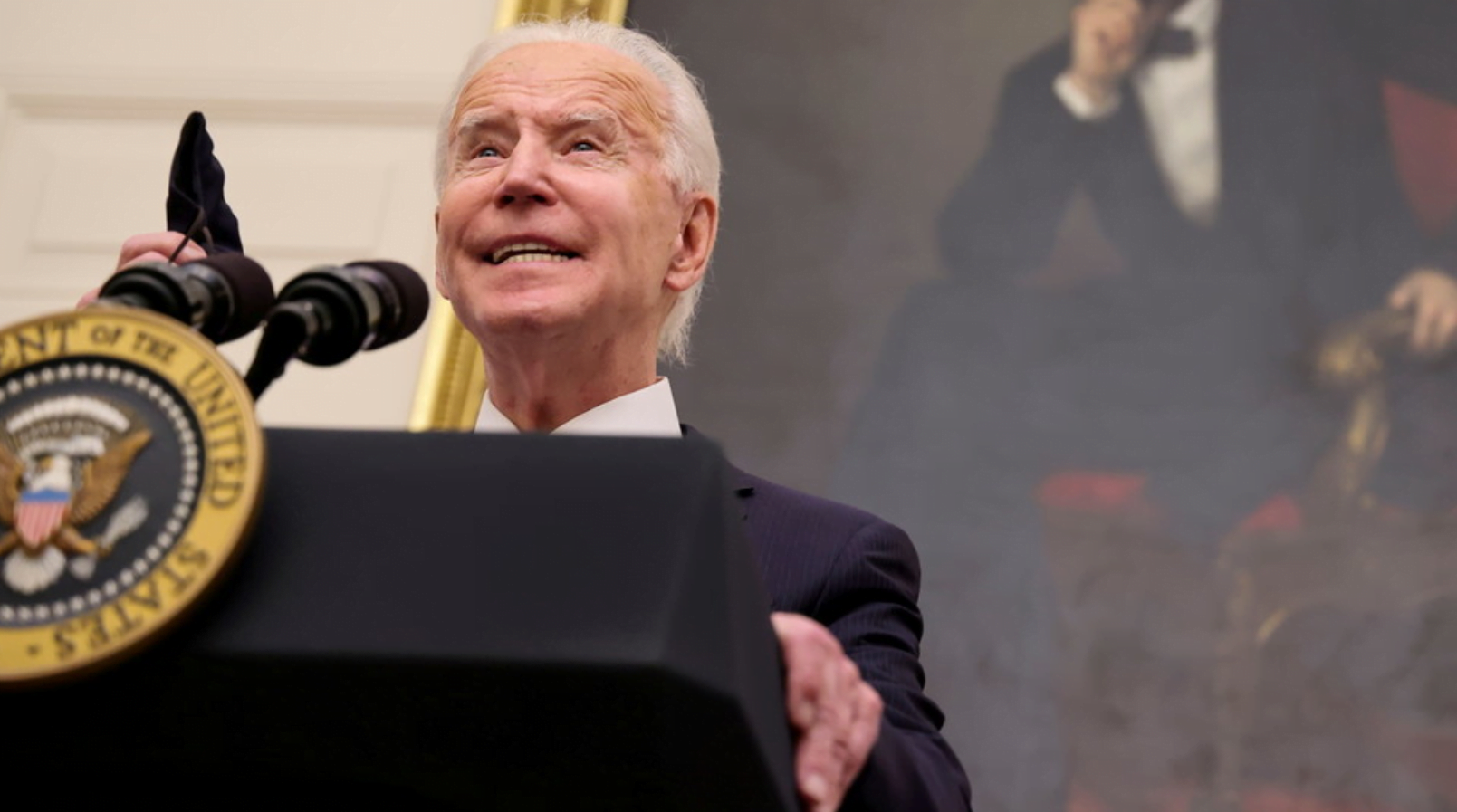 US President Joe Biden was pilloried online after saying he is powerless to change the “trajectory” of the coronavirus pandemic in the coming months, directly at odds with repeat campaign vows to “shut down the virus.”

The president voiced pessimism about the ongoing outbreak on Friday as he prepared to sign a pair of executive orders aiming at pandemic-related relief, saying the death toll could soon top 600,000 – adding 100,000 fatalities to a projection he gave just one day prior.

“A lot of America is hurting. The virus is surging,” Biden said, while predicting an imminent “wave of evictions and foreclosures” as many American workers teeter on the brink of financial ruin thanks to the virus and government shutdown policies intended to stop it.

There’s nothing we can do to change the trajectory of the pandemic in the next several months. 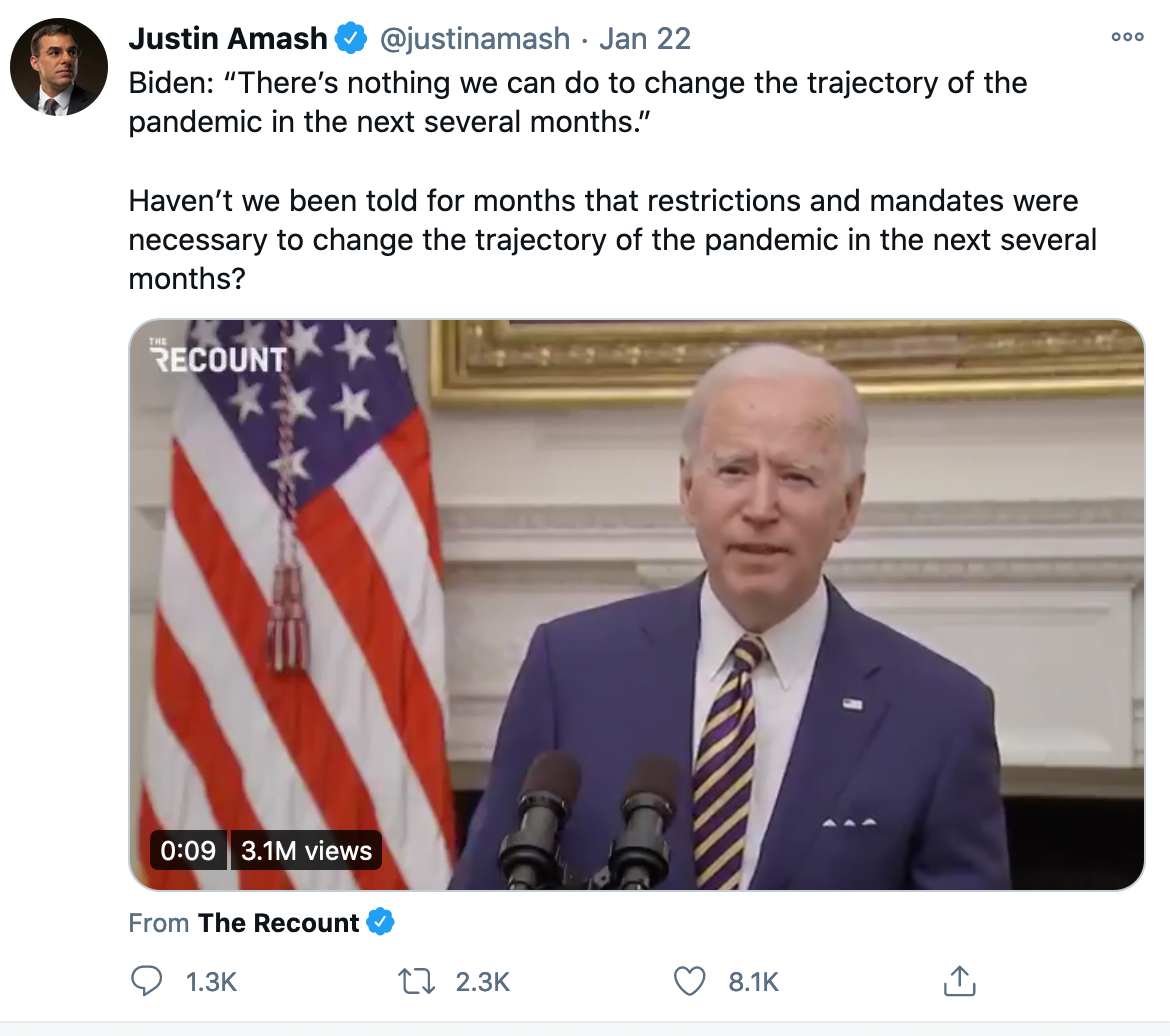 While Biden has previously warned the country would face a “dark winter” amid the ongoing health crisis, suggesting the situation would worsen before it improves, many took Friday’s comments to contradict numerous promises made on the campaign trail to “shut down” the virus starting on “day one” of his presidency.

“Day two and Biden is already going against what he preached for 6 months from his basement,”wrote one Twitter user, referring to Biden’s in-home studio from which he did much of his campaigning.

Biden: “There’s nothing we can do to change the trajectory of the pandemic in the next several months.”I thought the last administration botched the COVID response through inaction. Now we’re saying there’s nothing to be done?

Don’t tell me that this week’s executive order for mask requirements counts as meaningful action. Everyone is already required to mask up for commercial travel.100 Million vaccines is also a weak promise. We’re already on track to hit 1 million vaccines per day.

Within a day of being sworn in, the new president did institute a limited mask mandate on federal property and some forms of interstate transit, also signing other executive orders looking to jumpstart his pandemic strategy. However, on his first full day in office, Biden appeared to temper public expectations, saying “we’re going to face setbacks,” while dismissing an Associated Press reporter who asked whether his vaccine drive should aim higher than 100 million doses in his first 100 days.

“We didn’t get into this mess overnight, and it will take months to turn this around,” Biden told reporters at the White House on Thursday, addressing the AP’s Zeke Miller directly:

When I announced [the vaccine plan], you all said it’s not possible. Come on, gimme a break, man. 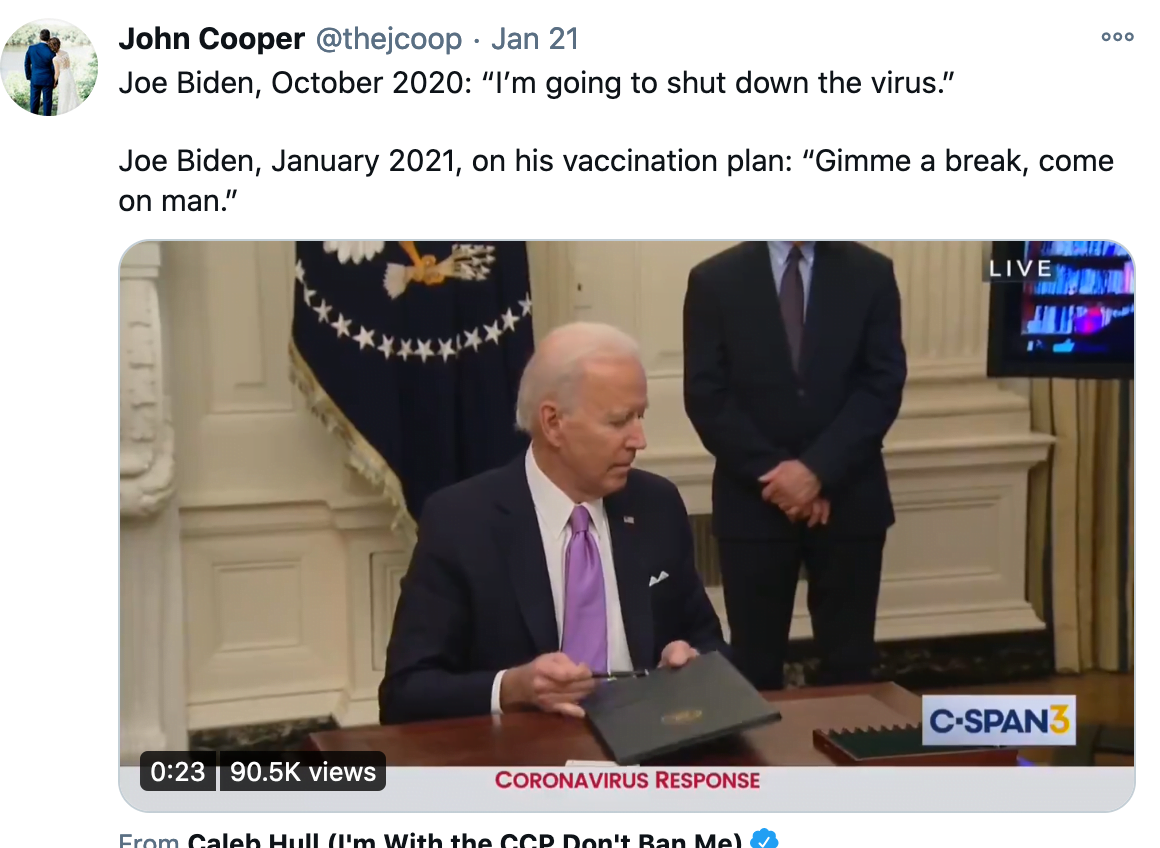 Biden also came under fire earlier this week after he was seen roaming the Lincoln Memorial mask-free, though his press secretary Jen Psaki explained that the president had “bigger issues to worry about” than following his own federal mandate, despite previously insisting mask-wearing is a “patriotic duty” for all Americans.