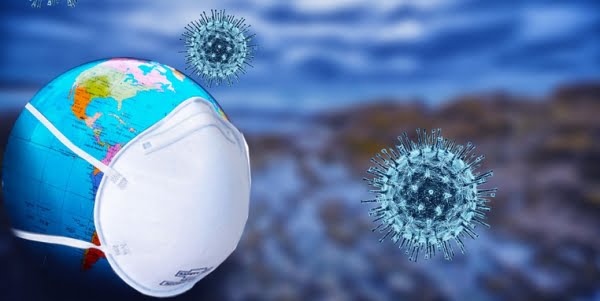 A U.S. doctor who is part of the World Health Organization team investigating the origins of the COVID-19 pandemic discussed his work manipulating bat-based coronaviruses in labs just weeks before the COVID-19 outbreak in Wuhan.

Dr. Peter Daszak, a close associate with China’s premier bat-based coronavirus researcher and a key figure in directing taxpayer funds to the Wuhan Institute of Virology, explained how easy it was to alter coronaviruses during a podcast interview filmed Dec. 9, 2019.

“You can manipulate them in the lab pretty easily,” Daszak said. “Spike protein drives a lot of what happens with the coronavirus. Zoonotic risk. So you can get the sequence, you can build the protein — and we work with Ralph Baric at UNC to do this — and insert the backbone of another virus and do some work in the lab.”

It’s unclear where the coronavirus manipulation Daszak described in the podcast, also known as gain of function research, was conducted. Daszak did not return multiple requests for comment.

Daszak said that manipulating coronaviruses in labs is a useful tool in developing treatments and vaccines for potential future outbreaks, but some virologists say such research is playing with fire.

“The only impact of this work is the creation, in a lab, of a new, non-natural risk,” Rutgers University molecular biologist Richard Ebright told New York magazine.

There’s no evidence suggesting that Baric’s lab at the University of North Carolina had anything to do with COVID-19. However, the high-containment lab was the site of a “near-miss” incident in 2016 after a researcher was bitten by a mouse infected by a lab-created variant of the SARS coronavirus, according to ProPublica.

And Baric told New York magazine that he can’t rule out the possibility that COVID-19 unintentionally leaked from the Wuhan Institute of Virology.

“Can you rule out a laboratory escape? The answer in this case is probably not,” Baric said.

Daszak also said in the podcast that he and his team had discovered “over 100 new SARS-related coronaviruses” after seven years of surveilling bats across southern China.

“We’ve even found people with antibodies in Yunnan to SARS-related coronaviruses, so there’s human exposure,” Daszak said. “We’re just beginning another five years’ work to look at cohorts in southern China to see how frequent does spillover happen.”

Chinese researcher Shi Zhengli, known by her colleagues as the “bat lady,” reported in early 2017 that she and her colleagues at the Wuhan Institute of Virology had discovered 11 new strains of SARS-related viruses from horseshoe bats in the Yunnan Province, situated over 1,000 miles away from Wuhan.

Shi told the Scientific American in March that she lost sleep worrying that COVID-19 could have leaked from her lab in Wuhan after first learning of the outbreak in December 2019.

“I had never expected this kind of thing to happen in Wuhan, in central China,” Shi said.

Daszak routed funds from former President Barack Obama’s Predict program and the National Institute of Health to Shi’s bat-surveillance team through his nonprofit, EcoHealth Alliance, according to New York magazine.

Shi contributed to a study published in February 2020 reporting that COVID-19 is 96.2% identical to a viral strain that was detected from one of the Yunnan horseshoe bats.

Former President Donald Trump’s State Department announced on Friday that it had obtained evidence showing that researchers at the Wuhan Institute of Virology became sick with flu-like symptoms in Fall 2019 prior to the first known cases of COVID-19, a sign that experts have previously stated would be evidence pointing to the theory that the virus unintentionally leaked from the Wuhan lab.

Daszak was a key figure in leading the charge at the onset of the pandemic against the theory that COVID-19 unintentionally leaked from the Wuhan Institute of Virology.

Daszak orchestrated a statement published in The Lancet medical journal in February, prior to any serious research on the origins of COVID-19, condemning “conspiracy theories” that suggest the virus doesn’t have a natural origin.

A spokesman for Daszak told The Wall Street Journal on Friday that his statement, which was cited by numerous news outlets — and by fact check organizations to censor unwelcome inquiries — during the onset of the pandemic, was meant to protect Chinese scientists.

“The Lancet letter was written during a time in which Chinese scientists were receiving death threats and the letter was intended as a showing of support for them as they were caught between important work trying to stop an outbreak and the crush of online harassment,” Daszak’s spokesman told The Journal.

Daszak is a part of the WHO’s 10-person panel that began investigating the origins of COVID-19 on the ground in China on Thursday.

Daszak obtained a position on the investigative panel despite his previous objection to the NIH to cease funding the Wuhan Institute of Virology until he arranged an outside inspection of the lab.

“I am not trained as a private detective,” Daszak said, according to New York magazine.