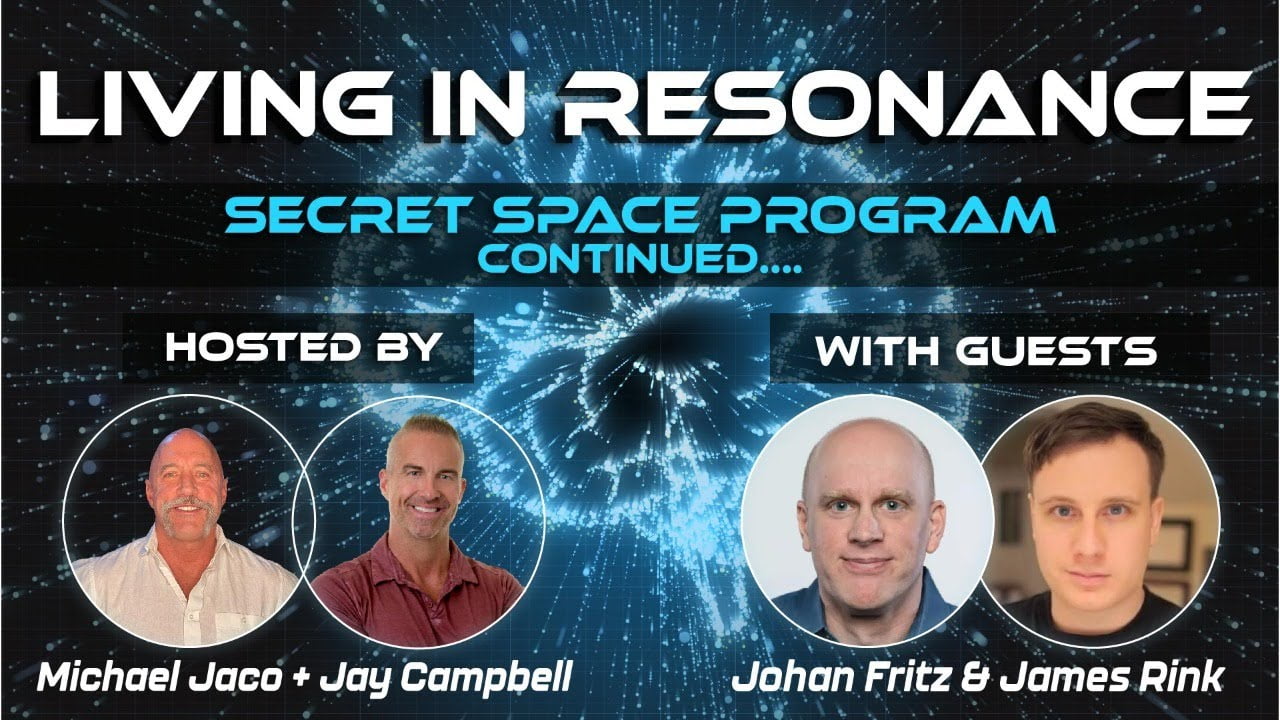 Join Michael Jaco & Jay Campbell for Living in Resonance as we interview James Rink and Johan Fritz who were members of the Secret Space Program.

These gentleman were so amazing on Monday Night in our Private Optimized Tribe Group, we invited them back for Sunday Night on our public YouTube Channels.

Their intel is totally mind blowing as they rip the lid off the greatest coverup in Human History.