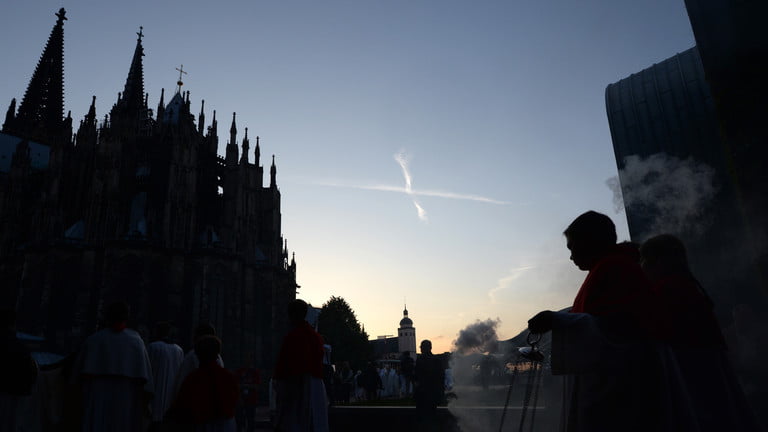 A report being withheld from the public documents horrific acts of rape and sexual abuse against young boys that were facilitated by nuns belonging to the Catholic Archdiocese of Cologne in Germany, according to the Daily Beast.

The investigation’s findings, which concluded last month and stemmed from a lawsuit brought against the archdiocese by victims, have not been publicly released, but the contents of the report are said to have been leaked to several media outlets.

Sections of the 560-page report purportedly seen by the Daily Beast detail how nuns who ran a convent in Speyer, Germany between the 1960s and 1970s “rented” orphaned boys to businessmen and clergy, who abused the children, sometimes for weeks at a time, before ‘returning’ them.

According to the outlet, some of the orphans were forced to participate in “gang bangs and origies” before being returned to the convent where the nuns would discipline them for having “wrinkl[ed] their clothes or being covered in semen.”

The report concluded that 175 children, most of them boys between the ages of 8 and 14, were abused over two decades. Some of the children were intentionally barred from being adopted or taken into a foster home so the nuns could continue to hire them out, the probe allegedly found.

However, the investigation declined to directly blame the nuns involved in the sick scheme, arguing instead that the abuse was the result of “systematic” management errors and the “leniency” accorded to those accused of taking part in the abominable crimes, the Beast reported.

The details were leaked to the press after the archdiocese refused to make the report public, demanding that journalists who viewed the documents sign a confidentiality agreement. All those who attended a press conference announcing the conclusion of the investigation reportedly walked out, refusing to abide by the Church’s terms.

The Archdiocese of Cologne said it had withheld the report because it had failed to fully explain its methodology. However, Bishop Karl-Heinz Wiesmann, who leads the archdiocese, told the media the abuse report was “so gory,” it was not suitable for public viewing. The bishop claims he was so disturbed by the report, he had to take a month away from his duties after reading it.

The shocking revelations come less than a year after a separate investigation found Berlin’s educational authorities and senate had supported and defended placing foster children into the care of known pedophiles. The 30-year policy, which ended in 2003, led to a number of serious cases of abuse, the investigation discovered.