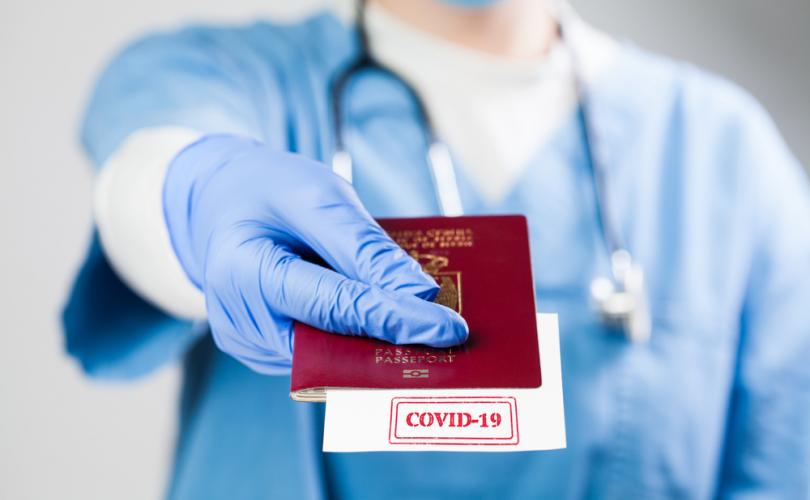 LONDON, U.K., February 16, 2021 (LifeSiteNews) — In yet another sign of future governmental control on daily life, U.K. Foreign Secretary Dominic Raab has hinted that vaccine passports will be required for access to supermarkets and pubs.

Speaking to LBC News over the weekend, Raab commented on the domestic use of vaccine passports to enter pubs and supermarkets, saying it was “something that hasn’t been ruled out. It is under consideration. But of course you’ve got to make it workable.”

Raab mentioned his personal concerns regarding the use of vaccine passports, not referring to a human rights issue, but instead saying how such documentation should be free from attempts at forgery or error: “You’ve got to know that the document that is being presented is something that you can rely on.”

The foreign secretary was then — to some extent — supported by Prime Minister Boris Johnson at the regular COVID press conference February 15, suggesting that negative test results for COVID-19, rather than passports, could be a pre-requisite for entering a theater or a nightclub.

Cinemas are already making their own plans for the imposition of passports, with a trial being set up to make entry into a cinema dependent upon proof of vaccination. Under the proposed scheme, which is concerned only with technical feasibility rather than legal issues, the cinema ticket would be “combined with the digital vaccine passport.”

Speaking to the BBC on February 16, Vaccine Minister Nadhim Zahawi suggested that the government would effectively give businesses the freedom to impose vaccine passports if they wished. “It’s up to businesses what they do, but we don’t yet have the evidence of the effect of vaccines on transmission,” Zahawi stated.

Health Secretary Matt Hancock weighed in on the issue also. He pointed to vaccine passports being used for international travel, justifying the move by referring to countries requiring vaccination proof, and stated that he wanted “Brits to be able to travel to those countries and therefore enable Brits to be able to demonstrate their vaccine status.”

“In that case, it will be important for people from the UK to be able to show whether or not they have been vaccinated in order to travel, so we are working with countries around the world on the basis for this and how that vaccine certification can happen in a way that can be assured.”

At the same time, Hancock seemed to disagree with Raab on whether the government intended to enforce vaccine passports for entrance to domestic businesses: “We do not have plans to do that,” he claimed.

The ever more honest admissions about the U.K. government’s use of vaccine passports comes after many weeks of mixed messages, and contradictions. In December, Zahawi said twice that “we have no plans to introduce so-called vaccine passporting,” adding that he urged businesses “not to even think about that.”

However, in January the government finally admitted that it was funding a trial of COVID vaccination passports. Documents from InnovateUK revealed that government funding amounting to over £450,000 has been awarded to eight companies to help develop their projects. The various schemes funded are focused on creating apps, or accreditation platforms, which provide digital proof of immunity or vaccination for COVID-19.

Speaking on BBC Radio 4 this morning, Zahawi avoided questions about the legality of such vaccine passports as a condition for continued employment, only saying, “At the moment, the vaccination programme is non-mandatory.”

Former left-wing prime minister Tony Blair, a vocal advocate for digital ID’s, renewed his call for vaccine passports this weekend in time to coincide with the renewed push for the idea from the sitting government. Writing in the Daily Mail, Blair argued that “there is no prospect of a return to anything like normal without enabling people to show their Covid status, whether that means they have been vaccinated or recently tested.”

“This is not about discrimination, or hostility towards those not vaccinated or tested. It is a completely understandable desire to know whether those we mix with might be carrying the disease,” Blair continuedign this Petition

However, in a column published in The Telegraph, former Supreme Court Justice Lord Sumption warned that “liberal democracy will be the biggest casualty of this pandemic.”

“A society in which oppressive control of every detail of our lives is unthinkable except when it is thought to be a good idea, is not free,” wrote Sumption. “It is not free while the controls are in place. And it is not free after they are lifted, because the new attitude will allow the same thing to happen again whenever there is enough public support.”

Sumption previously described the U.K. government’s plan to serve 10 year jail terms on travelers who lied about their country of origin as akin to tyranny: “[I]t believes, like every tyrant that ever lived, that the end justifies the means.”

Commenting on the recent news, political cartoonist and lockdown sceptic Bob Moran wrote: “This has happened a lot throughout all this. Government becomes aware that people are outraged by the idea of something: e. g. Vax passports. So it deploys some vacuous oaf like Raab to float an even more extreme version of the idea. Then it clarifies he was wrong and they aren’t even considering the extreme version of the idea. Everyone acts relieved and forgets what they were originally opposed to. A month or so later, the extreme version happens anyway.”

He was supported by Simon Dolan, who took the U.K. government to court over the illegality of the national lockdowns. Dolan compared the use of vaccine passports to the Nazis imposing a star on Jews to identify them in public: “It’s just a yellow star …”

Despite the U.K.’s continued promotion of vaccine passports, the Council of Europe (of which the U.K. is a part) recently ruled that such measures, as well as any discrimination against those who do not have the vaccine, would be a breach of human rights.

A petition has been formed which will be sent directly to the U.K. government, asking that vaccine passports are not brought in for use. At time of writing, the petition has over 140,000 signatures, meaning that Parliament must consider the petition for a debate.