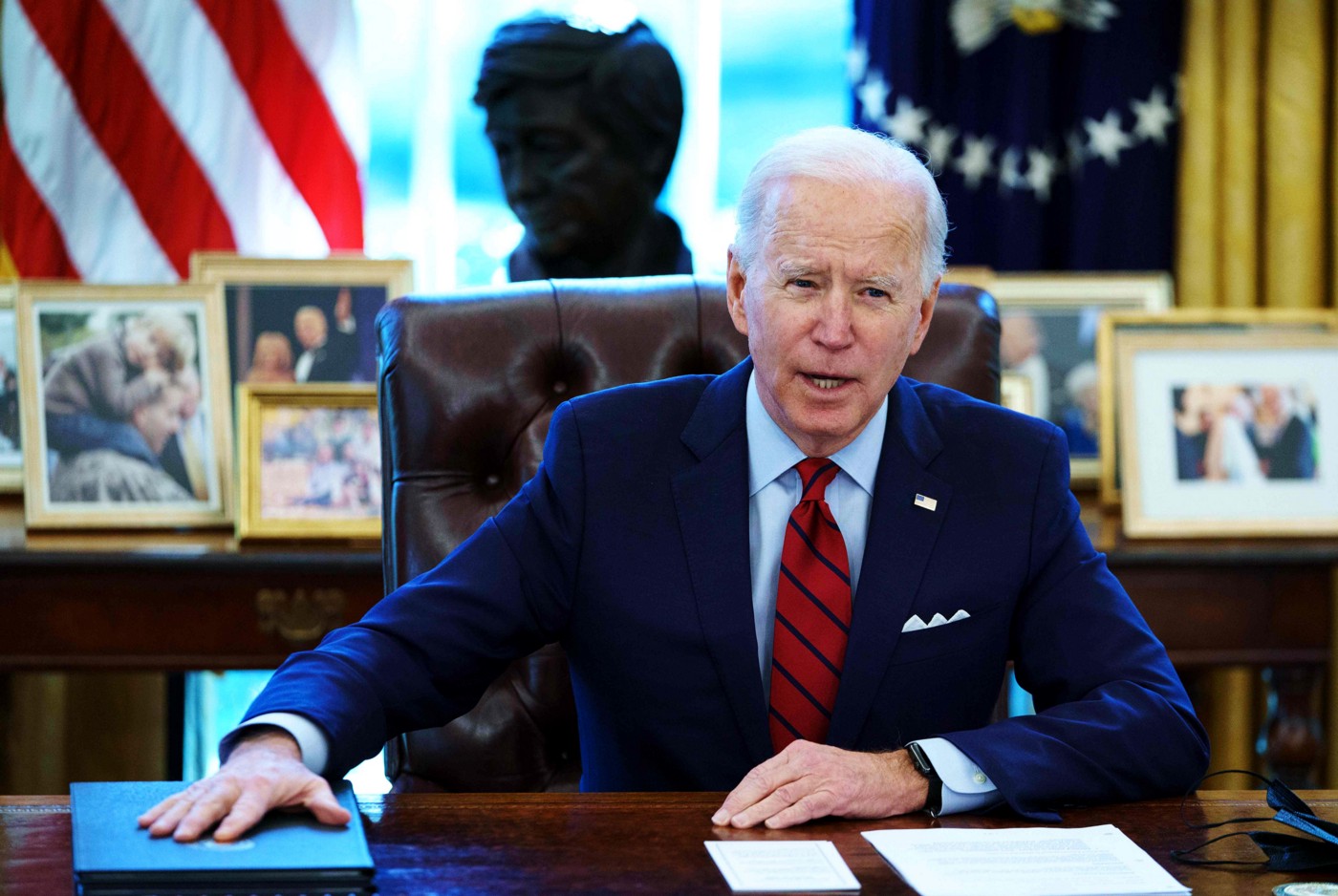 On orders of President Biden, the United States has launched an airstrike on a facility in Syria. As of this writing the exact number of killed and injured is unknown, with early reports claiming “a handful” of people were killed.

Rather than doing anything remotely resembling journalism, the western mass media have opted instead to uncritically repeat what they’ve been told about the airstrike by US officials, which is the same as just publishing Pentagon press releases.

The Biden administration conducted an airstrike against alleged Iranian-linked fighters in Syria on Thursday, signaling its intent to push back against violence believed to be sponsored by Tehran.

Pentagon spokesman John Kirby said the attack, the first action ordered by the Biden administration to push back against alleged Iranian-linked violence in Iraq and Syria, on a border control point in eastern Syria was “authorized in response to recent attacks against American and coalition personnel in Iraq, and to ongoing threats.”

He said the facilities were used by Iranian-linked militias including Kaitib Hezbollah and Kaitib Sayyid al-Shuhada.

The operation follows the latest serious attack on U.S. locations in Iraq that American officials have attributed to Iranian-linked groups operating in Iraq and Syria. Earlier this month, a rocket attack in northern Iraq killed a contractor working with the U.S. military and injured a U.S. service member there.

So we are being told that the United States launched an airstrike on Syria, a nation it invaded and is illegally occupying, because of attacks on “US locations” in Iraq, another nation the US invaded and is illegally occupying. This attack is justified on the basis that the Iraqi fighters were “Iranian-linked”, a claim that is both entirely without evidence and irrelevant to the justification of deadly military force. And this is somehow being framed in mainstream news publications as a defensive operation.

This is Defense Department stenography. The US military is an invading force in both Syria and Iraq; it is impossible for its actions in either of those countries to be defensive. It is always necessarily the aggressor. It’s the people trying to eject them who are acting defensively. The deaths of US troops and contractors in those countries can only be blamed on the powerful people who sent them there.

The US is just taking it as a given that it has de facto jurisdiction over the nations of Syria, Iraq, and Iran, and that any attempt to interfere in its authority in the region is an unprovoked attack which must be defended against. This is completely backwards and illegitimate. Only through the most perversely warped American supremacist reality tunnels can it look valid to dictate the affairs of sovereign nations on the other side of the planet and respond with violence if anyone in those nations tries to eject them.

Even the official narrative reveals itself as illegitimate from within its own worldview. CNN reports that the site of the airstrike “was not specifically tied to the rocket attacks” in Iraq, and a Reuters/AP report says “Biden administration officials condemned the February 15 rocket attack near the city of Irbil in Iraq’s semi-autonomous Kurdish-run region, but as recently as this week officials indicated they had not determined for certain who carried it out.”

This is all so very typical of the American supremacist worldview that is being aggressively shoved down our throats by all western mainstream news media. The US can bomb who it likes, whenever it likes, and when it does it is only ever doing so in self defense, because the entire planet is the property of Washington, DC. It can seize control of entire clusters of nations, and if any of those nations resist in any way they are invading America’s sovereignty.

It’s like if you broke into your neighbor’s house to rob him, killed him when he tried to stop you, and then claimed self defense because you consider his home your property. Only in the American exceptionalist alternate universe is this considered normal and acceptable.

This sort of nonsense is why it’s so important to prioritize opposition to western imperialism. World warmongering and domination is the front upon which all the most egregious evils inflicted by the powerful take place, and it plays such a crucial role in upholding the power structures we are up against. Without endless war, the oligarchic empire which is the cause of so much of our suffering cannot function, and must give way to something else. If you’re looking to throw sand in the gears of the machine, anti-imperialism is your most efficacious path toward that end, and should therefore be your priority.

In America especially it is important to oppose war and imperialism, because an entire empire depends on keeping the locals too poor and propagandized to force their nation’s resources to go to their own wellbeing. As long as the United States functions as the hub of a globe-spanning power structure, all the progressive agendas that are being sought by what passes for the US left these days will be denied them. Opposing warmongering must come first.

Standing against imperialism and American supremacism cuts directly to the heart of our difficulties in this world, which is why so much energy goes into keeping us focused on identity politics and vapid energy sucks which inconvenience the powerful in no way whatsoever. If you want to out-wrestle a crocodile, you must bind shut its mouth. If you want to take down a globe-spanning empire, you must take out its weapons. Opposing warmongering and killing public trust in the propaganda used to justify it is the best way to do this.