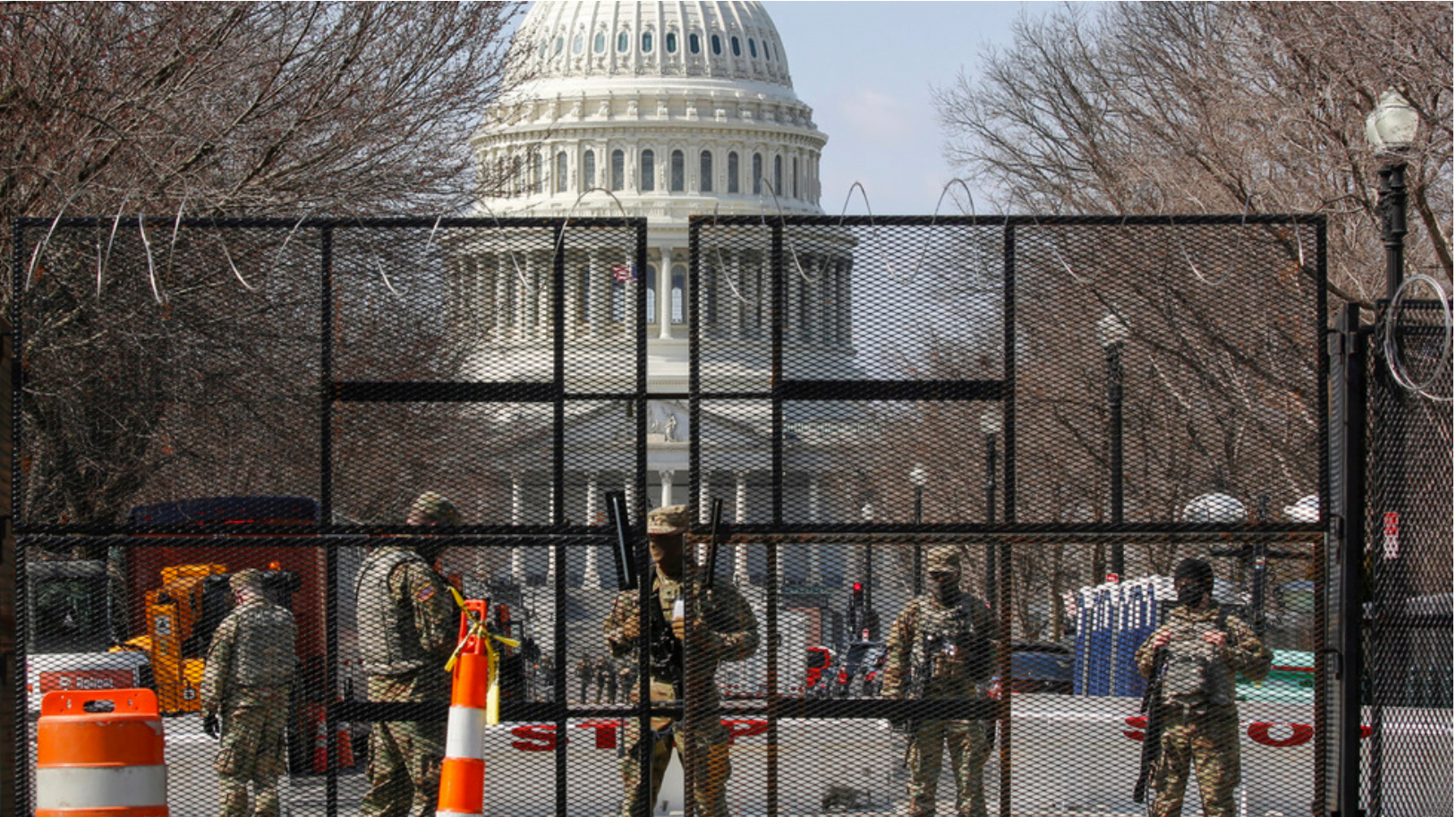 “This enduring requirement of having them around the city, I think it’s completely inappropriate at best, illegal at worst,”Maj. Gen. McGuire told the Washington Examiner on Friday.

National Guard troops were deployed to DC following the January 6 riot at the US Capitol that led to five deaths, including that of a police officer. The continued presence of the soldiers, as well as extensive security measures, have become an increasingly hot topic as critics question what exact threat it is they are protecting against.

McGuire, who took over as the head of the national group representing and advocating for hundreds of thousands of citizen soldiers in February, has refused to authorize troops from his own state to be deployed to the Capitol.

“The National Guard specifically is the last line of defense for direct policing action only in the emergent period when it is life, limb, protection of property,” he explained.

The Department of Defense agreed this week to keep thousands of National Guard troops stationed in DC until late May based on a request from US Capitol Police. If not for the agreement, the Guard’s mission was to end at the end of this week.

The Pentagon promised in a statement to work with US Capitol Police to “incrementally reduce the National Guard footprint as conditions allow.” Spokesman John Kirby has insisted the continued military presence in the nation’s capital city is to afford Capitol Police “some time and space” to be better prepared and staffed in case something like the January riot happens again.

Though he said he does not want to see the troop presence become “an enduring mission,” he neither confirmed nor denied whether an extension would be granted beyond the new May 23 deadline.In a leaked internal memo, National Guard Bureau Chief Gen. Daniel Hokanson also said he disagreed with the continued deployment of Guard troops, saying it may “impede our ability to man future missions.” He cited individual state needs that should be a priority for the Guard, including Covid-19 vaccine distribution, natural disasters, civil unrest, and national disaster emergencies.

There are currently over 2,000 Guard troops guarding the Capitol in DC.