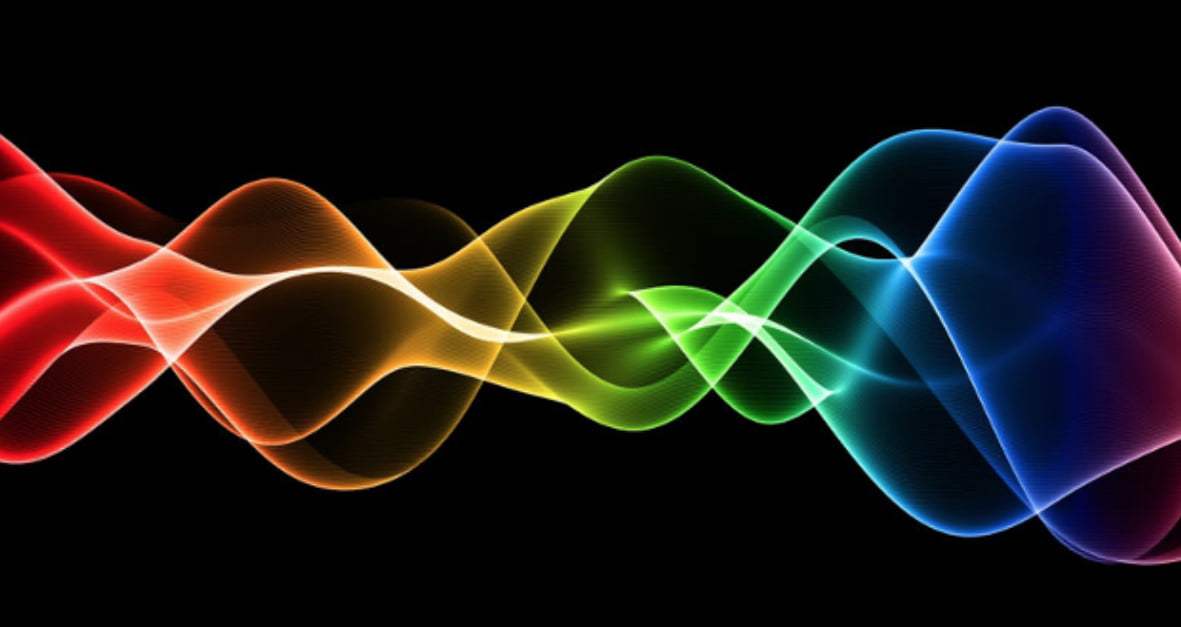 Further proof about how humanity will free itself from Artificial Intelligence (AI) technology and malevolent extraterrestrial forces continues to surface as we get closer to “The Event”. The Event has been described as many things happening at once or shortly thereafter that will change our reality. One of those things will be “waves” of energy that raise our vibration above the frequency that implants and AI technology exist in.

I have written about implants in past articles, but as a brief summary, implants can be physical or etheric. Physical implants could have been inserted through nanobots such as from chemtrails, vaccines, and food/drink. Physical implants could also be inserted via abductions. Etheric implants may have been inserted into the DNA template via past life history which follows you through reincarnation. They also have been utilized heavily in this lifetime, as it is the most important of all. Using alien technology, devices can be implanted into your etheric (fourth dimensional astral) field which would affect your physical body and can even attempt to control your consciousness, frequency, and actions.

While some people have had their implants removed by skilled “seers”, not everyone in the world would have the opportunity to pay someone to do this for them, and there are only a few people that I could even say are the “real deal”. Common sense says that there must be a better way for humanity to dissolve or render their implants neutral. I wrote an article about how to neutralize implant through raising your vibrational frequency, and you can access that article HERE.

Earth’s vibrational frequency is increasing every day, and this is compounded as we move towards the singularity. Not only do we have this tool on our hands for rendering implants inert, but we also have waves of plasma energy washing over us, cleansing those who are capable of love, compassion, and forgiveness. In other words, opening the heart can provide the resonate frequency to render most AI technology inert and the waves of high vibrational energy in combination with the heart resonance gives it a one-two punch.

I am not an expert on the AI technology known as black goo, but I have inserted some information from Lisa Renee’s website, Energetic Synthesis about how this nanontechnology is controlling humanity and creating false timelines that keep humanity trapped in the matrix:

“Nanotechnology is the manipulation of matter on an atomic, molecular, and supramolecular scale and for our purposes of discussion, on the quantum levels. Recently the massive influx of Cosmic Rays and intergalactic plasma gases into the earth core and Polar Regions, along with the alien attempt to harvest and collect this new incoming energy source, has revealed the deeper purpose of Black Goo. The massive plasma gas transmissions are shifting the dark matter template in the earth at the elemental level. This is being observed as transforming carbon allotropes that are present in fullerenes or Buckyballs. Carbon allotropes such as fullerenes are solids in normal conditions, but are changing their state of matter into liquids at subatomic scale from the massive amount of recent plasma gas exposure. A fullerene is a molecule of carbon in the form of a hollow sphere, ellipsoid, tube, and many other shapes. Spherical fullerenes are also called buckyballs. 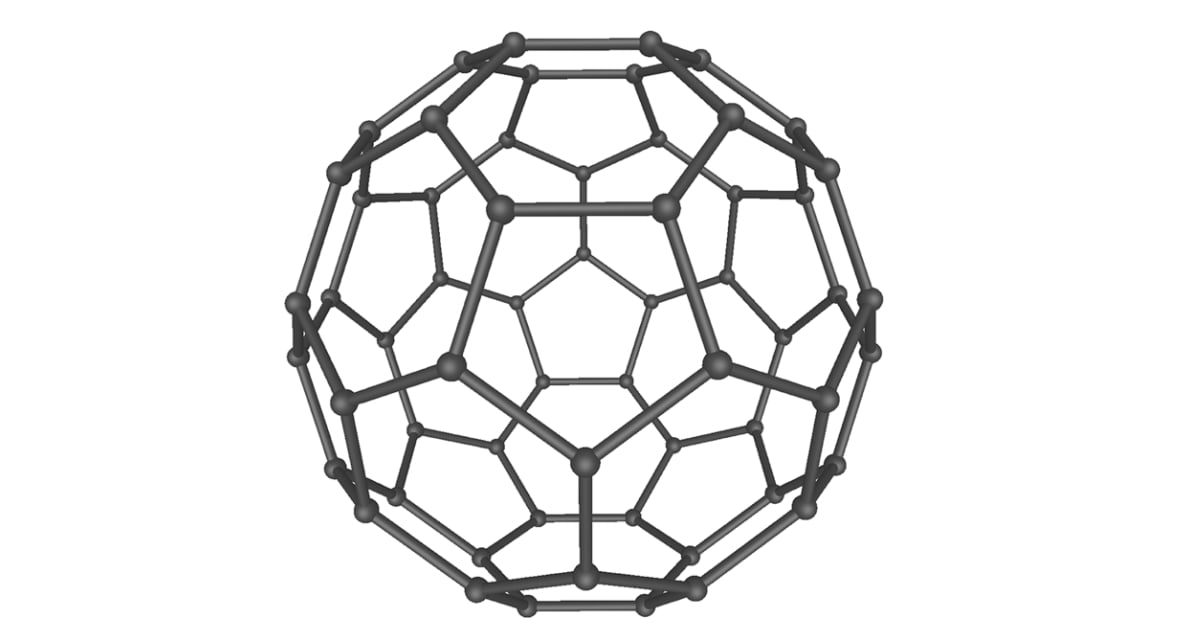 The dark matter template is the anti-matter instruction set of the planetary body, and it has been filled in certain areas with this Alien sourced Black Goo. It was programmed into the dark matter template of the Albion Body and appears to have had its point of entry into earth around the time of the Nephilim Wars. This “alien black goo”, acts as a faux synthetic artificial intelligence elemental that mimics and controls carbon allotropes and how they function in the dodecahedron structures on earth. It is clearly how the Negatives have been accessing carbon elements to control matter forms, including control over genetic expression of the human body. This programmable Alien AI has infected carbon material and is what has taken over the platonic solid dodecahedron and related pentagonal geometries that build time space constructs. These time space constructs are instruction sets in the morphogenetic field that run into the Ley Lines of the planetary body.  This is how they have built artificial realities and false timelines and projected them into false holograms. The spherical fullerene has something to do with the AI control over carbon-based matter at the molecular level that can control genetic expression.

Recent observation of the Black Goo in the lower elemental dimensions of the geologic shelf noted the buckyballs warping into strangely distorted and stretched out shapes when exposed to the recent transmissions of Auroras and liquid plasma gas. Observing these contaminated honeycombed structures and buckyballs was revolting, as this alien black goo was writhing around in death throes. The reaction it had to the Aurora plasma was similar to burning it with acid.  It has survival intelligence and was aware of its demise. This is not related to organic human consciousness, but to carbon molecules that appear to have alien artificial intelligence programmed into them.  It was made to mimic and take over carbon atoms.

This leads me to believe that this event is related to the rise of insanity in 3D people (and lower) carbon life forms, that may have partially bonded to this black goo in their DNA. Bonding DNA to the Black Goo is directly related to embodying the artificial intelligent alien machinery and being subjected to severe mind control like an automaton or robot. This is related to current purging of AI intelligence and Satanic forces that are very aggressive lately.  This is surfacing now in order for us to understand and see what it is. Starseeds, when we stay in our heart we are capable of holding anchor for the highest frequency levels of the liquid plasma of our Cosmic Christ Consciousness, and thus, destroying this alien black goo without violence. This new understanding of the function of Alien Black Goo in the dark matter template, and how it has infected the Albion body, gives us deeper revelations into the importance and purpose of the Aurora elemental re-encryption earth mission.”

The waves of energy that will render all alien technology inert have already been washing over the planet. Smaller waves have been causing people to “wake up”, or break out the extremely low frequency (ELF) spell that is transmitted through radio, wifi, television, and GWEN towers. In September of 2015, I reported on “Wave X” that was a measurable energetic wave that was the biggest wave to hit thus far.

However, there have been reports through visions, dreams, and QHHT clients that have reminded us of the plan that will end this repression against the human race. We are expecting one to three very large waves of rainbow colored frequencies that will completely change everything in preparation for the shift to the fifth dimensional reality (and higher). These waves will be coming from Source or God. I have reported about the waves on In5d’s New Earth News, and many other people have shared their visions, dreams, and prophecies as well on alternative media sites. As discussed, we have already been experiencing the beginning of these waves, and many of us have already reached a frequency that have allowed us to sit within a zero point frequency, untouched by AI technology and fourth dimensional beings. However, it is the rest of humanity that needs help in breaking free.

These waves will render all ELF frequencies, implants, mind control technology, black goo, artificial timelines, holographic inserts and shape-shifter technologies inert (think of the movie “They Live). They will also trigger more of our DNA that will bring back memories of who we are and why we are here. Even more people will continue to break free of the spell as we brace for a final leap into a whole new reality.

We are feeling the tendrils of this wave hitting us now which will continue to cause confusion and chaos in the general public as the true nature of our controlled reality is revealed to the rest of the world. It is our mission to continue to report on these topics in order to know what is happening so that we can “hold space” for those who are just now coming around. You could compare it to an anethesia nurse who is there to help a surgery patient wake up. The nurse doesn’t need to completely explain all of the details of the surgery right at that moment, but helping to reorient the patient to the here and now calms them and helps them to fully integrate back into their body.

About the author:
Michelle Walling, CHLC is a Holistic Life Coach specializing in starseed support. She is an international public speaker, writer, webmaster, and radio show host. In 2013, Michelle started writing spiritual, metaphysical, and esoteric articles for In5d.com. Michelle is the webmaster for MichelleWalling.com, cosmicstarseeds.com, thestarchildren.net, cosmicawakeningshow.com, and howtoexitthematrix.com. Michelle is the host of the Cosmic Awakening Show and hosts conferences and workshops in the U.S. and Europe. To contact Michelle or to book a session, please visit michellewalling.com.