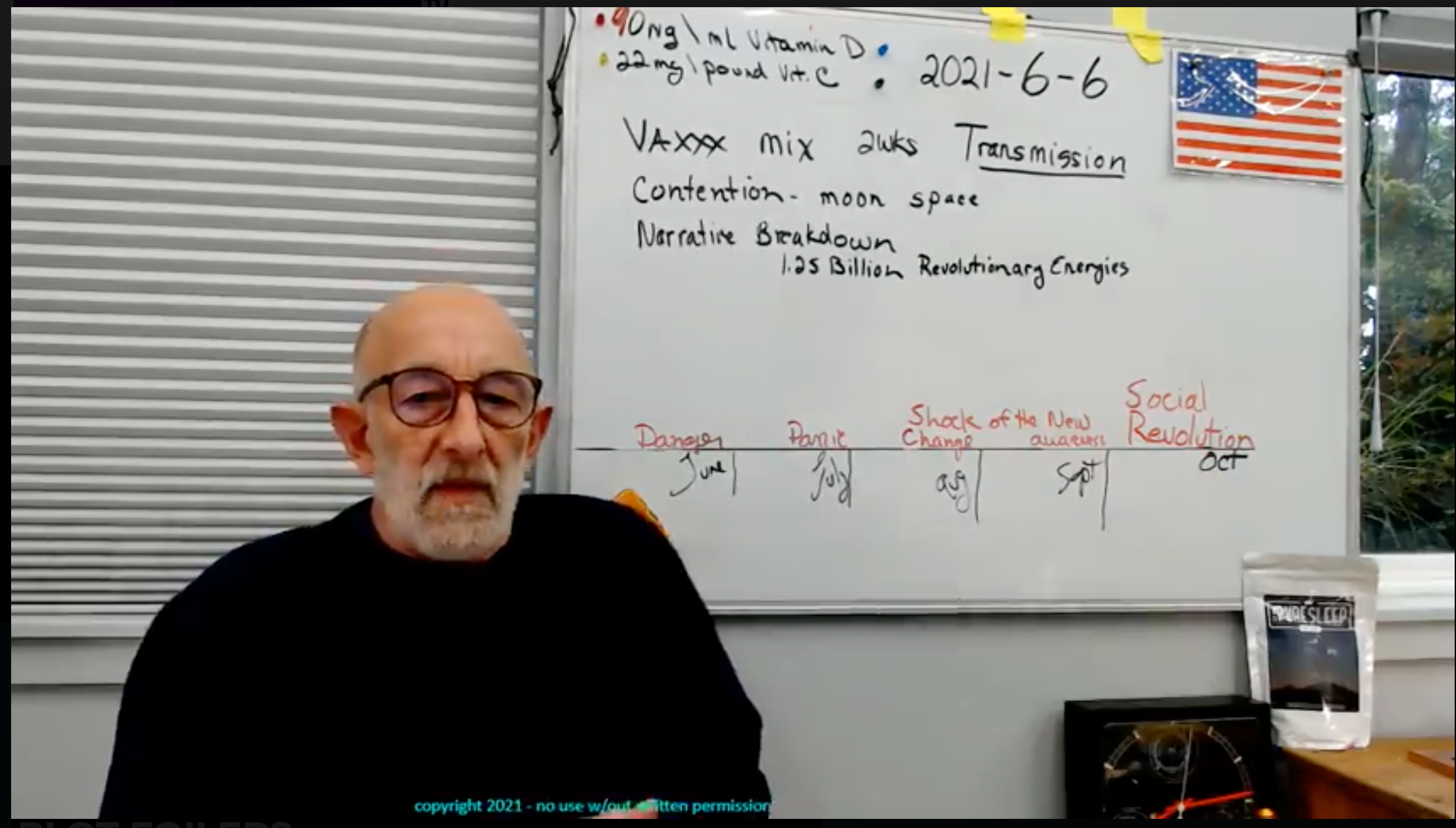 As posted by Alexandra in forbiddenknowledgetv.net:

As you know by now, I am a huge fan of Clif High’s and I just find him incredibly amusing and brilliant. His latest video is over an hour long but nine minutes in, for about 10 minutes, he gives what is, in my opinion the best explanation of what’s going on with China and their alleged role in the release of the COVID virus that I’ve heard yet and the upshot of what’s happening is potentially great news for the whole world.

As we’ve been learning in recent years, our own leaders are mind-bogglingly depraved Satanists who have done everything short of nuking us, in order to destroy the United States, Europe and all of Western Civilization. Rockefeller protégés, Henry Kissinger, Richard Nixon and George Herbert Walker Bush initiated the largest transfer of wealth and technology in known history when they “opened up” China in the early 1970s. Then, Warren Commission member and the first unelected US President, Gerald Ford appointed Bush as the the first defacto Ambassador to the People’s Republic of China.

The plan, as we know from the Georgia Guidestones and from Silent Weapons for Quiet Wars (SWQW) was to exterminate the majority of the global population, to economically collapse the West and to move the global center of power to China, from where the surviving humans would be physically and mentally controlled by swarms of nanoscale brain implants, 5G, the Internet of Things and the Human Brain/Cloud Interface.

The good news is that the CCP no longer wants to go along with this Globalist plot, not because they have any affection for the West but, as Clif explains, because they don’t want to become the Globalists’ next sacrificial victims. He says, “The CCP basically told the Globalists, ‘You’re not coming in with this bullsh*t’ – the pedophilia, the Satanism, the Luciferianism, all of that sh*t.”

I saw this a couple of weeks ago, when senior CCP member, Chen Ping proudly bragged on video that China had won the trade war, the science and technology war and especially the biological war against the US but he also rejected the Globalists and excoriated “…the liberal, America-worshiping cult within China,” and how “their worship of the US is actually unfounded,” due to “…the failure of the neo-liberalism-led globalization of the past four decades led by the US and the UK. Therefore, the development and modernization model of the US and Europe is not worthy of China’s imitation and repetition.”

Clif says here that, “When the Globalists traded North America, the EU and Australia, New Zealand to the CCP, they thought that they were getting a good deal but the CCP reneged on them. CCP are double-dealing bastards. That’s 100% true, always. Xi may be a nationalist, in supporting his version of China but he’s a double-dealing bastard and is doing genocide and is not a good guy – he’s not working with Trump.

“He’s working with Trump as a ‘Fellow Traveller’ but not anybody that’s trustworthy or anything like that. They both have their own agendas that are anti-Globalist but that’s about as far as it goes…the Globalists were in the process of shifting over – but hey! Crash!…Major laws being put in by Xi; the Globalists can’t move and so, it’s all coming apart. And so, someone there releases COVID to screw Xi.”

Clif believes COVID was deliberately released by the Globalists from China (presumably, via Obama, who re-authorized gain-of-function research in January 2017 and Fauci, who funded it at the Wuhan Institute of Virology), “Because Xi Jinping basically has cut them off at the knees; bought-out Hollywood…and has put up blocks to prevent the Globalists from eroding the Chinese social order that supports Xi and the Han Chinese.”

So, if the CCP is no longer in alliance with the Globalists, it looks like the plan to nano-chip the remaining non-genocided human population might not jump off as planned, which may be what we’re seeing, with the controlled demolition of Anthony Fauci.

This is definitely better news than if they were a unified front and their plans were 100% on-track!