Prepare For Change
Home Disclosure The Bankruptcy of The United States 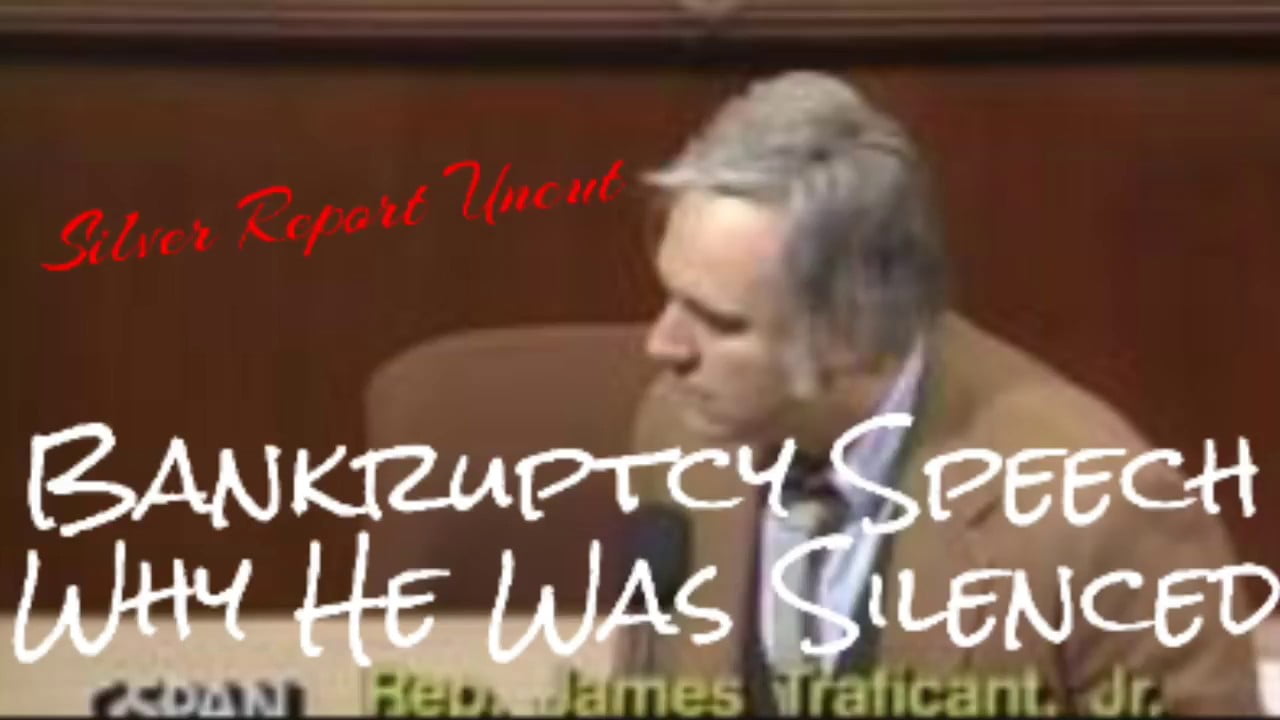 “Mr. Speaker, we are here now in chapter 11.. Members of Congress are official trustees presiding over the greatest reorganization of any Bankrupt entity in world history, the U.S. Government. We are setting forth hopefully, a blueprint for our future. There are some who say it is a coroner’s report that will lead to our demise.

The receivers of the United States Bankruptcy are the International Bankers, via the United Nations, the World Bank and the International Monetary Fund. All United States Offices, Officials, and Departments are now operating within a de facto status in name only under Emergency War Powers. With the Constitutional Republican form of Government now dissolved, the receivers of the Bankruptcy have adopted a new form of government for the United States. This new form of government is known as a Democracy, being an established Socialist/Communist order under a new governor for America. This act was instituted and established by transferring and/or placing the Office of the Secretary of Treasury to that of the Governor of the International Monetary Fund. Public Law 94-564, page 8, Section H.R. 13955 reads in part: “The U.S. Secretary of Treasury receives no compensation for representing the United States?’

Gold and silver were such a powerful money during the founding of the united states of America, that the founding fathers declared that only gold or silver coins can be “money” in America. Since gold and silver coinage were heavy and inconvenient for a lot of transactions, they were stored in banks and a claim check was issued as a money substitute. People traded their coupons as money, or “currency.” Currency is not money, but a money substitute. Redeemable currency must promise to pay a dollar equivalent in gold or silver money. Federal Reserve Notes (FRNs) make no such promises, and are not “money.” A Federal Reserve Note is a debt obligation of the federal United States government, not “money?’ The federal United States government and the U.S. Congress were not and have never been authorized by the Constitution for the united states of America to issue currency of any kind, but only lawful money, -gold and silver coin.

It is essential that we comprehend the distinction between real money and paper money substitute. One cannot get rich by accumulating money substitutes, one can only get deeper into debt. We the People no longer have any “money.” Most Americans have not been paid any “money” for a very long time, perhaps not in their entire life. Now do you comprehend why you feel broke? Now, do you understand why you are “bankrupt,” along with the rest of the country?

Federal Reserve Notes (FRNs) are unsigned checks written on a closed account. FRNs are an inflatable paper system designed to create debt through inflation (devaluation of currency). when ever there is an increase of the supply of a money substitute in the economy without a corresponding increase in the gold and silver backing, inflation occurs.

Inflation is an invisible form of taxation that irresponsible governments inflict on their citizens. The Federal Reserve Bank who controls the supply and movement of FRNs has everybody fooled. They have access to an unlimited supply of FRNs, paying only for the printing costs of what they need. FRNs are nothing more than promissory notes for U.S. Treasury securities (T-Bills) – a promise to pay the debt to the Federal Reserve Bank.

There is a fundamental difference between “paying” and “discharging” a debt. To pay a debt, you must pay with value or substance (i.e. gold, silver, barter or a commodity). With FRNs, you can only discharge a debt. You cannot pay a debt with a debt currency system. You cannot service a debt with a currency that has no backing in value or substance. No contract in Common law is valid unless it involves an exchange of “good & valuable consideration.” Unpayable debt transfers power and control to the sovereign power structure that has no interest in money, law, equity or justice because they have so much wealth already.

Their lust is for power and control. Since the inception of central banking, they have controlled the fates of nations.

The Federal Reserve System is based on the Canon law and the principles of sovereignty protected in the Constitution and the Bill of Rights. In fact, the international bankers used a “Canon Law Trust” as their model, adding stock and naming it a “Joint Stock Trust.” The U.S. Congress had passed a law making it illegal for any legal “person” to duplicate a “Joint Stock Trust” in 1873. The Federal Reserve Act was legislated post-facto (to 1870), although post-facto laws are strictly forbidden by the Constitution. [1:9:3]

The Federal Reserve System is a sovereign power structure separate and distinct from the federal United States government. The Federal Reserve is a maritime lender, and/or maritime insurance underwriter to the federal United States operating exclusively under Admiralty/Maritime law. The lender or underwriter bears the risks, and the Maritime law compelling specific performance in paying the interest, or premiums are the same.

Assets of the debtor can also be hypothecated (to pledge something as a security without taking possession of it.) as security by the lender or underwriter. The Federal Reserve Act stipulated that the interest on the debt was to be paid in gold. There was no stipulation in the Federal Reserve Act for ever paying the principle.

Prior to 1913, most Americans owned clear, allodial title to property, free and clear of any liens or mortgages until the Federal Reserve Act (1913)

“Hypothecated” all property within the federal United States to the Board of Governors of the Federal Reserve, -in which the Trustees (stockholders) held legal title. The U.S. citizen (tenant, franchisee) was registered as a “beneficiary” of the trust via his/her birth certificate. In 1933, the federal United States hypothecated all of the present and future properties, assets and labor of their “subjects,” the 14th Amendment U.S. citizen, to the Federal Reserve System.

Unwittingly, America has returned to its pre-American Revolution, feudal roots whereby all land is held by a sovereign and the common people had no rights to hold allodial title to property. Once again, We the People are the tenants and sharecroppers renting our own property from a Sovereign in the guise of the Federal Reserve Bank. We the people have exchanged one master for another.

This has been going on for over eighty years without the “informed knowledge” of the American people, without a voice protesting loud enough. Now it’s easy to grasp why America is fundamentally bankrupt.

Why don’t more people own their properties outright?

Why are 90% of Americans mortgaged to the hilt and have little or no assets after all debts and liabilities have been paid? Why does it feel like you are working harder and harder and getting less and less?

We are reaping what has been sown, and the results of our harvest is a painful bankruptcy, and a foreclosure on American property, precious liberties, and a way of life. Few of our elected representatives in Washington, D.C. have dared to tell the truth. The federal United States is bankrupt. Our children will inherit this unpayable debt, and the tyranny to enforce paying it.

America has become completely bankrupt in world leadership, financial credit and its reputation for courage, vision and human rights. This is an undeclared economic war, bankruptcy, and economic slavery of the most corrupt order!

Wake up America! Take back your Country.”