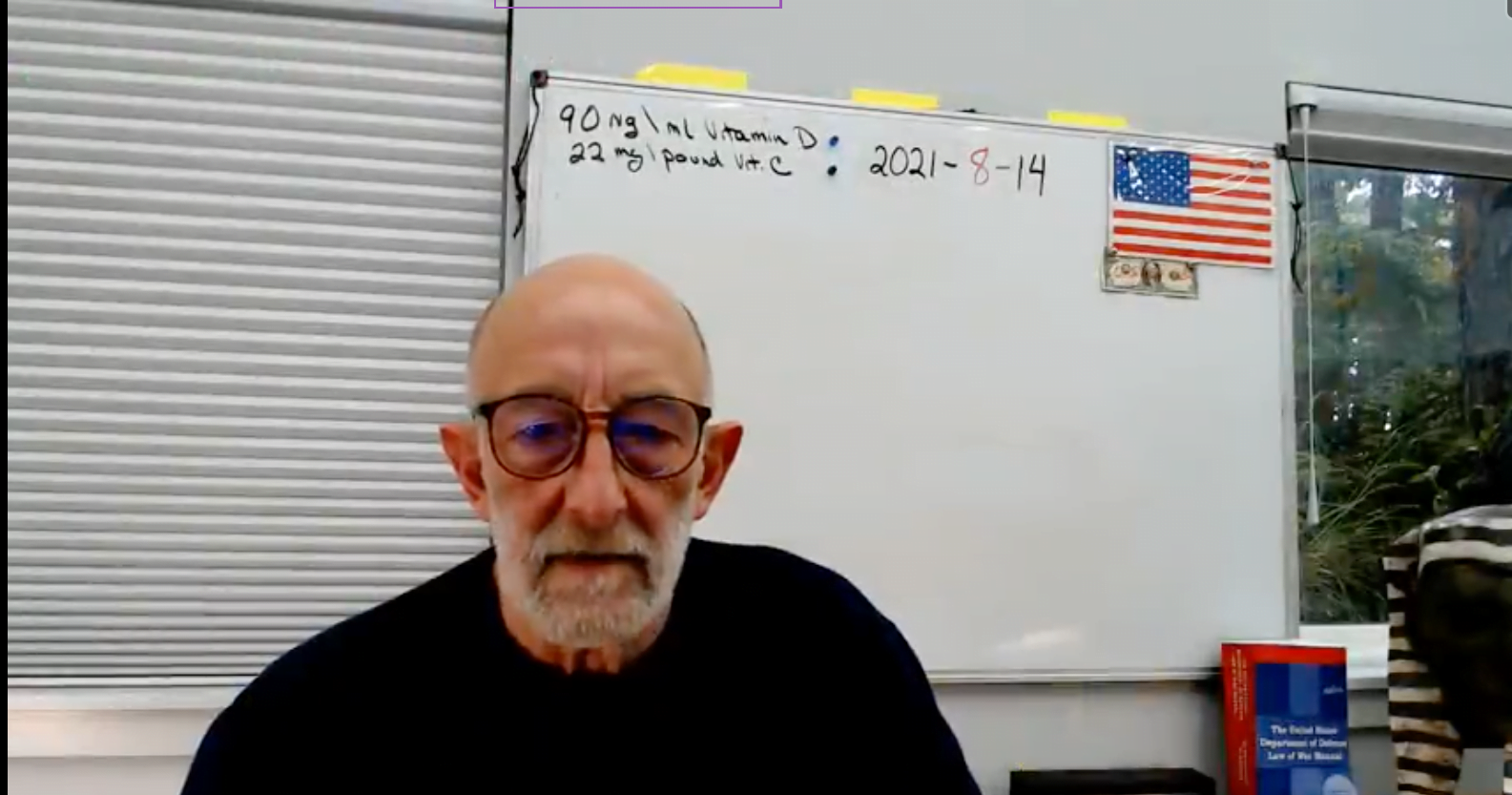 I can only find this on ForbiddenKnowledgetv, if someone else has another source, please let me know.  Love Clif High:

Clif High explains that a typical coup d’état is an overthrow of the head of state but what we are about to experience is a “woo d’état”, where the head of state will be subsumed by the woo, a tidal wave of suppressed information and the collective consciousness of millions of people who know that they’re being lied to about everything.

Clif says we’re at the beginning of a crescendo of this information that will last about 6 weeks, with the peak occurring about midway.

He’s saying that there’s a quickening of events that will culminate in the complete collapse of the Biden administration’s credibility, with the proof of the election fraud, the implosion of the COVID narrative, compounded by the fall of Afghanistan, where the Military Industrial Complex just got caught with their pants down for all the world to see.

US intelligence agencies, who just 4 days ago said that Kabul could fall in 90 days have now revised the figure to 72 hours, as of yesterday but they didn’t revise it far enough.

Just before 6AM this morning, the Disclose.tv Twitter account tweeted, “JUST IN – Kabul on the verge of fall. Taliban on their way to the presidential palace for the ‘transfer of power’ (AP). Taliban commander Mullah Abdul Ghani Baradar to become president of Afghanistan. Afghanistan’s president [Ashraf] Ghani is relinquishing power. Interim ‘government’ led by the Taliban to be formed.”

Incompetence to this degree has never been witnessed and many on the ground in Kabul and everywhere else believe this is deliberate. They can’t believe the Americans could be so incompetent.

The Taliban are now in possession of more Blackhawk helicopters than 166 other nations on the planet. The Taliban could use the US helicopters, tanks and artillery left behind by General Milley and Biden to surround and destroy the 4-battalion rescue force that’s being sent there now.

Was the materiel left behind on purpose? Are we back to the Hillary-Obama policy of arming terrorists? The AP reported in early July, “The US left Afghanistan’s Bagram Airfield after nearly 20 years by shutting off the electricity and slipping away in the night without notifying the base’s new Afghan commander, who discovered the Americans’ departure more than two hours after they left, Afghan military officials said.”

Now consider that the US still has bases in Germany, Japan and South Korea.

There are rumors the US Government offered the Taliban $500 million to not attack the US Embassy in Kabul but that the Taliban told them to shove it. They intend to execute senior Afghan officials on 09/11 in the courtyard of the Embassy before they burn it down.

As horrible as these developments may be for Afghanistan in the short term, they may be very good for the whole world in the end, as far as collapsing the credibility of officialdom, with its Big Pharma genocide and exposing the Deep State after they spent $2 trillion of US Taxpayer money – for this!

It’s a pattern-interrupt that will hopefully knock us out of our psychotronic trance.

Where’s Gen Milley? Where’s Secretary of Defense Lloyd Austin? Where’s Secretary of State Anthony Blinken? If you thought the President of the United States would address the nation regarding the jaw-dropping events in Afghanistan, you would be wrong. Joe Biden is on “vacation” for the next two weeks! He finally issued this statement after 5PM Saturday.

They’ve been so busy trying to inject their own people with a genocidal bioweapon that they forgot to do their jobs.

The collapse of the US both internally and in terms of standing abroad was planned long ago by a ruling class hellbent on running her into the ground. More people are waking up to this fact by the day.

As Clif tweeted, “We are ruled by pedophiles, sociopaths, & psychopaths. None of these personalities are strong. They are simply clever at gaming the system & using others to do their bidding through deception. The Tyranny of Deception dies through Discovery.”

The CCP is all too happy to recognize the Taliban as the legitimate rulers of Afghanistan. They hosted a delegation of the Taliban in Tianjin City last July.

The regime’s Foreign Minister Wang Yi on July 28 met with senior Taliban leader Mullah Abdul Ghani Baradar and eight other Taliban representatives, signaling Beijing’s recognition of the group as a legitimate political force in the country.

During the meeting, Wang sought assurances that the Taliban would not harbor Islamic extremists who may launch attacks in China’s far west Xinjiang region, according to a Beijing foreign ministry statement. Baradar agreed, saying that the Taliban “never allow any force to use the Afghan territory to engage in acts detrimental to China,” the statement said.

China shares a 47-mile border with Afghanistan and has long been concerned about a possible Islamic insurgency in Xinjiang, a region housing 13 million Turkic Muslims.

While Beijing has publicly pushed for the Taliban to pursue a peace agreement with the US-backed central government, experts believe the regime is bracing for a Taliban-led Afghanistan to push forward the Chinese Communist Party’s (CCP) development plans in Central Asia.

And that’s a big part of what this is all about; China’s Belt and Road Initiative, the Sinocentric international trade network being capitalized by China’s foreign exchange reserves, along with the 70-member Asian Infrastructure Investment Bank (AIIB) and the 5-member Shanghai-based New Development Bank (i.e., the BRICS bank).

Does the House always win?

Afghanistan is sitting on $3 trillion worth of mineral wealth. Who do you think is getting those contracts now?

As for the CCP’s war against the the US and the rest of the world, Clif says there’s still stuff they can do but it can’t be too long-lasting because they’re getting weaker by the day.

Clif says the only thing they have is their divide-and-conquer strategy; exploiting division, pitting different social groups against each other, pitting law enforcement and the military against the people.

He predicts that the Deep State will begin its fall in a country like France or Australia before it happens in the US but that there will be a rapid domino effect worldwide, once this process starts.

Clif recorded this early on Saturday morning and his algorithms might not have picked up the fall of Afghanistan happening with such lightening speed. Might that have been the first domino?

In the meantime, things are likely to get crazy and you would do well to stock up on food, water, fuel and cash and to be prepared to lose communications and electricity, although he doesn’t anticipate these disruptions lasting for too long.

On the other side of the Overwoo, Clif sees victory and a sound money system that will make life a lot happier for millions of people.