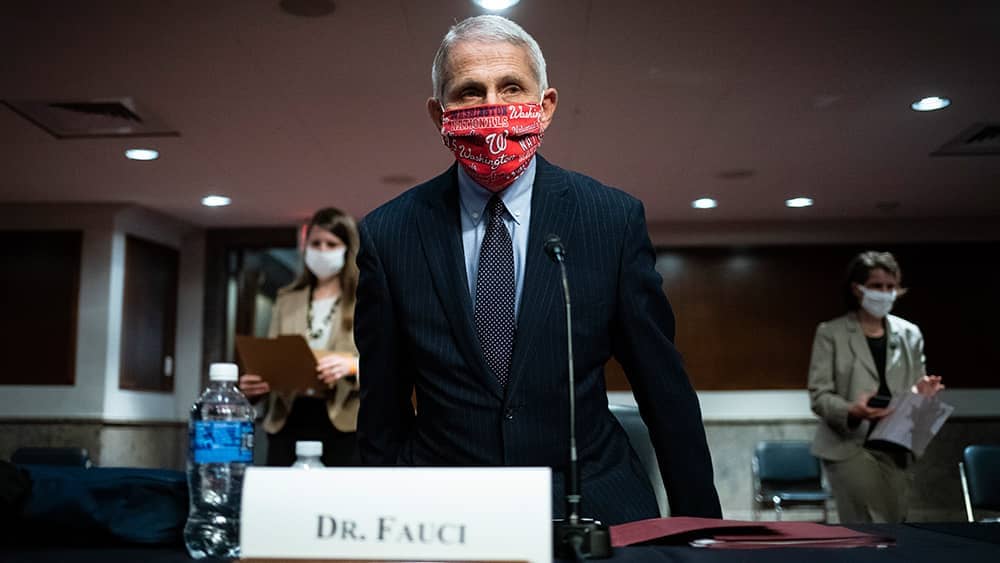 National Institute of Allergy and Infectious Diseases (NIAID) Director Anthony Fauci has tried to undermine a recent study in Israel during a CNN interview. The study found that natural immunity provides more protection against the Wuhan coronavirus (COVID-19) than a two-dose vaccine.

After people recover from infection with a virus, the immune system retains a memory of it. Immune cells and proteins that circulate in the body can recognize and kill the pathogen if it’s encountered again, protecting against disease and reducing illness severity.

In the Israel study, researchers found that the individuals who received two doses of Pfizer’s COVID-19 vaccine have 13 times increased risk for breakthrough infection with the delta variant compared to those who were previously infected. The fully vaccinated participants in the study also have a greater risk of COVID-related hospitalization.

Fauci, also the White House chief medical advisor, told CNN‘s Sanjay Gupta that the Israel study did not elaborate on the durability of natural immunity.

“The one thing the paper from Israel didn’t tell you is what’s the durability [of natural immunity] compared to the durability of a vaccine? So, it is conceivable that you got infected. You’re protected, but you may not be protected for an indefinite period of time.” Fauci said.

Apparently, Fauci was not paying attention to the studies funded by his own office.

A study funded in part by Fauci’s NIAID showed that antibodies against the spike protein of SARS-CoV-2 were found in 98 percent of participants one month after symptom onset. The number of antibodies ranged widely between individuals, but their levels remained fairly stable over time, declining only modestly at six to eight months after infection.

The study published on Jan. 6 in Science analyzed immune cells and antibodies from almost 200 people who had been exposed to SARS-CoV-2 and recovered. Time since infection ranged from six days after symptom onset to eight months later. More than 40 participants had been recovered for more than six months before the study began. About 50 people provided blood samples at more than one time after infection.

While the numbers of different immune cell types varied substantially between individuals, 95 percent of the recovered COVID-19 patients had at least three of five immune-system components that could recognize SARS-CoV-2 up to eight months after infection.

An Emory University study published in the journal Cell Reports Medicine also found that most people who have recovered from COVID-19 retain a broad and durable immunity to the disease, including some degree of protection against its variants.

Rafi Ahmed, the lead author of the paper, said that the findings disproved early reports during the pandemic that protective neutralizing antibodies did not last in COVID-19 patients.

“The study serves as a framework to define and predict long-lived immunity to SARS-CoV-2 after natural infection. We also saw indications in this phase that natural immunity could continue to persist,” Ahmed said.

The study involved 254 COVID-19 patients between 18 to 82 years old, who provided blood samples at various points for a period of over eight months beginning April last year. About 71 percent of the patients had mild disease, 24 percent experienced moderate illness, and five percent had severe disease.

Ahmed and his team found that most of the patients who recovered mounted a strong and wide-ranging immune response to the virus for at least the 250-day duration of the study.

“We saw that antibody responses, especially IgG antibodies, were not only durable in the vast majority of patients but decayed at a slower rate than previously estimated, which suggests that patients are generating longer-lived plasma cells that can neutralize the SARS-CoV-2 spike protein,” said Ahmed.

“These data are most consistent with the generation of long-lived plasma cells and refute the current notion that these antibody responses to human coronaviruses are short-lived,” the researchers said. “Moreover, the COVID-19 patients mounted increased IgG antibody responses to SARS-CoV-1, a related pathogen that none likely had experienced previous exposure to.”

COVID-19 vaccine does not provide longer protection than natural immunity

Fauci was trying to insinuate during the CNN interview that COVID-19 vaccine provides a longer protection against the disease than natural immunity. That was also false. (Related: Fauci ADMITS “antibodies” from COVID-19 vaccines actually make the virus stronger.)

The analysis, which was carried out as the delta variant became the dominant strain in the country, appeared to show a waning effectiveness of the Pfizer vaccine. It was only 16 percent effective against symptomatic infections for those who had two doses back in January. For people that had received two doses by April, the efficacy rate against symptomatic infection stood at 79 percent.

He noted that all COVID-19 vaccines “are largely ineffective at stimulating the secretion of a particular form of antibodies called Immunoglobulin A (IgA) into our noses that occurs after actual infection with a virus.” Those who have contracted and recovered from the disease have both mucosal and internal immunity.