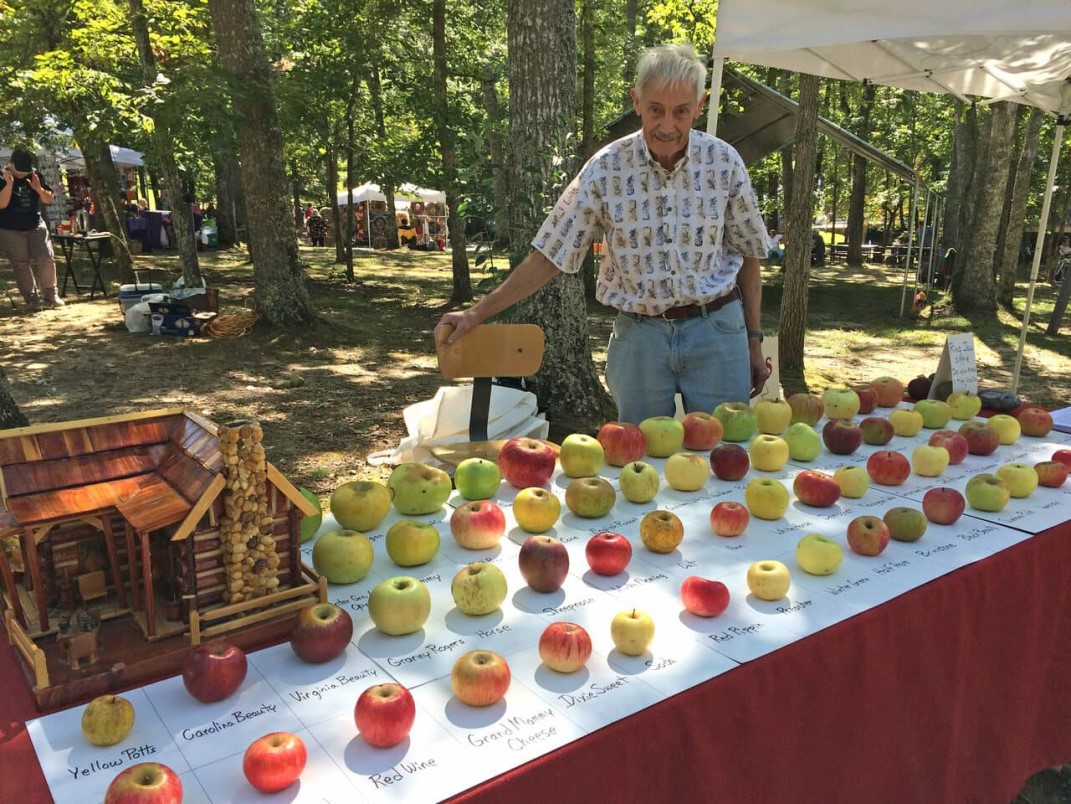 In a world where nearly everything has been genetically modified, this 80-year-old man searches high and low for nearly extinct heirloom apple trees – many the last of their kind – and reintroduces them to the world.

The number of commercially available apple varieties in the United States plummeted from 14,000 in 1905 to a measly 100 in less than a century… and only 11 of those varieties are commonly found in grocery stores.

That may seem like plenty to choose from, but when retired chemical engineer Tom Brown learned that an estimated 11,000 American varieties had gone extinct, he made it his life’s mission to save whatever was left of our country’s rich apple heritage.

Nicknamed the “Apple Hunter” by friends, he has scoured countless hilltops and valleys along the Appalachian mountain range, from Georgia to Pennsylvania, looking for “lost” heirloom varieties.

A modern “Johnny Appleseed,” he’s located and reintroduced 1200 so far, most of which haven’t been sold commercially for over a century, and many of which he cloned from the last known tree of its kind.

One of Brown’s most prized apples is the Junaluska apple.

“Legend has it the variety was standardized by Cherokee Indians in the Smoky Mountains more than two centuries ago and named after its greatest patron, an early-19th-century chief,” Atlas Obscura reports.

Once a Southern favorite, it disappeared around 1900. Detective work helped him locate the rural orchard, which closed in 1859.

Brown enlisted the help of a local hobby-orchardist and mailman, who spent days knocking door-to-door looking for clues. Finally, an elderly woman led them to a single, gnarled Junaluska tree in the ruins of a old mountain orchard since swallowed by forest.

As Brown discovered more and more lost apple varieties, he began to research where they all came from and why they had disappeared.

He learned the vast number of varieties was rooted in the early colonists’ taste for fermented beverages.

“Water wasn’t always safe to drink, and episodes of sickness from contaminated water gave that substance a questionable reputation,” explains William Kerrigan, author of Johnny Appleseed and the American Orchard.

By the mid-1700s, virtually every East Coast homestead had an apple orchard.

“A diverse orchard was fundamental to survival and good-eating alike,” says Brown.

“The goal was to be able to pick fresh apples from June to November, and have a diverse supply of fruit throughout the year.” Thick-skinned, late-ripening varieties provided wintertime treats. Others were fried, baked, dehydrated, used to make vinegar and finish livestock.

“Apples were the garden’s crown jewels,” says Appalachian Food Summit founder and chef, Travis Milton. “People took pride in having something unique to brag about to their neighbors.”

But the unique jewels were displaced by urbanization, factory farming, and corporate food systems.

“Conglomerates negotiated national contracts and switched to apples that matured fast and were suited to long-distance shipping. By 1950, most smaller orchards had been forced out of business,” Atlas Obscura reports.

“It upset me to learn about that,” Brown said. “Two-hundred-fifty years of culinary culture had been squandered. These were foods that people had once cared about deeply, that’d been central to their lives. It felt wrong to just let them die.”

Brown now drives 30,000 miles a year looking for lost apples and spends the rest of the time integrating them into his orchard, Heritage Apples.

He sells about 1000 of his saplings each year, helping pay for his apple hunting expeditions and helping spread their seeds around the country to ensure their survival.

Non-profits have helped him establish other reclaimed varieties at additional orchards, to which he donates scionwood for grafting.

Heirloom apples like Hewes Virginia Crab and Arkansas Black are to Appalachia what noble grape varieties like Merlot or Cabernet Sauvignon are to France, she says.

“Saving an apple from the brink of extinction is a miraculous feeling,” says Brown. “It’s incredibly rewarding—and incredibly addictive!”

You can buy one of Brown’s apple trees from his website.

3-ingredient elixir that you should make this winter to deal with Sore throat, cough, colds, and other throat conditions