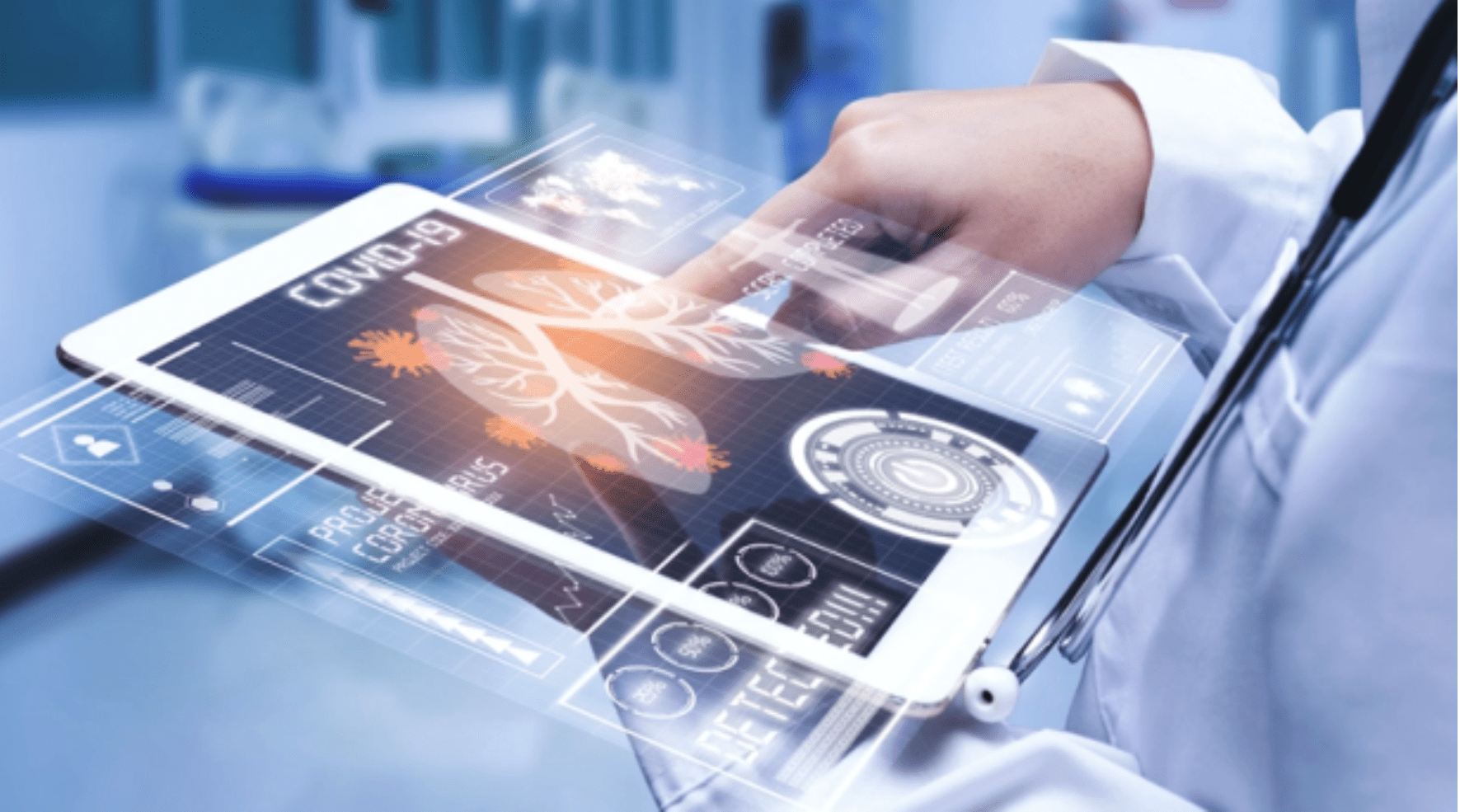 Part 2 of 3 from off-guardian.org:

11. PCR tests were not designed to diagnose illness. The Reverse-Transcriptase Polymerase Chain Reaction (RT-PCR) test is described in the media as the “gold standard” for Covid diagnosis. But the Nobel Prize-winning inventor of the process never intended it to be used as a diagnostic tool, and said so publicly:

PCR is just a process that allows you to make a whole lot of something out of something. It doesn’t tell you that you are sick, or that the thing that you ended up with was going to hurt you or anything like that.”

12. PCR Tests have a history of being inaccurate and unreliable. The “gold standard” PCR tests for Covid are known to produce a lot of false-positive results, by reacting to DNA material that is not specific to Sars-Cov-2.

A Chinese study found the same patient could get two different results from the same test on the same day. In Germany, tests are known to have reacted to common cold viruses. A 2006 study found PCR tests for one virus responded to other viruses too. In 2007, a reliance on PCR tests resulted in an “outbreak” of Whooping Cough that never actually existed. Some tests in the US even reacted to the negative control sample.

The late President of Tanzania, John Magufuli, submitted samples goat, pawpaw and motor oil for PCR testing, all came back positive for the virus.

As early as February of 2020 experts were admitting the test was unreliable. Dr Wang Cheng, president of the Chinese Academy of Medical Sciences told Chinese state television “The accuracy of the tests is only 30-50%”. The Australian government’s own website claimed “There is limited evidence available to assess the accuracy and clinical utility of available COVID-19 tests.” And a Portuguese court ruled that PCR tests were “unreliable” and should not be used for diagnosis.

You can read detailed breakdowns of the failings of PCR tests here, here and here.

13. The CT values of the PCR tests are too high. PCR tests are run in cycles, the number of cycles you use to get your result is known as your “cycle threshold” or CT value. Kary Mullis said: “If you have to go more than 40 cycles[…]there is something seriously wrong with your PCR.”

The MIQE PCR guidelines agree, stating: “[CT] values higher than 40 are suspect because of the implied low efficiency and generally should not be reported,” Dr Fauci himself even admitted anything over 35 cycles is almost never culturable.

Dr Juliet Morrison, virologist at the University of California, Riverside, told the New York Times: Any test with a cycle threshold above 35 is too sensitive…I’m shocked that people would think that 40 [cycles] could represent a positive…A more reasonable cutoff would be 30 to 35″.

In the same article Dr Michael Mina, of the Harvard School of Public Health, said the limit should be 30, and the author goes on to point out that reducing the CT from 40 to 30 would have reduced “covid cases” in some states by as much as 90%.

The CDC’s own data suggests no sample over 33 cycles could be cultured, and Germany’s Robert Koch Institute says nothing over 30 cycles is likely to be infectious.

Despite this, it is known almost all the labs in the US are running their tests at least 37 cycles and sometimes as high as 45. The NHS “standard operating procedure” for PCR tests rules set the limit at 40 cycles.

Based on what we know about the CT values, the majority of PCR test results are at best questionable.

when specimens return a high Ct value, it means that many cycles were required to detect virus. In some circumstances, the distinction between background noise and actual presence of the target virus is difficult to ascertain.

Then, in January 2021, the WHO released another memo, this time warning that “asymptomatic” positive PCR tests should be re-tested because they might be false positives:

Where test results do not correspond with the clinical presentation, a new specimen should be taken and retested using the same or different NAT technology.

15. The scientific basis for Covid tests is questionable. The genome of the Sars-Cov-2 virus was supposedly sequenced by Chinese scientists in December 2019, then published on January 10th 2020. Less than two weeks later, German virologists (Christian Drosten et al.) had allegedly used the genome to create assays for PCR tests.

They wrote a paper, Detection of 2019 novel coronavirus (2019-nCoV) by real-time RT-PCR, which was submitted for publication on January 21st 2020, and then accepted on January 22nd. Meaning the paper was allegedly “peer-reviewed” in less than 24 hours. A process that typically takes weeks.

Since then, a consortium of over forty life scientists has petitioned for the withdrawal of the paper, writing a lengthy report detailing 10 major errors in the paper’s methodology.

They have also requested the release of the journal’s peer-review report, to prove the paper really did pass through the peer-review process. The journal has yet to comply.

The Corman-Drosten assays are the root of every Covid PCR test in the world. If the paper is questionable, every PCR test is also questionable.

16. The majority of Covid infections are “asymptomatic”. From as early as March 2020, studies done in Italy were suggesting 50-75% of positive Covid tests had no symptoms. Another UK study from August 2020 found as much as 86% of “Covid patients” experienced no viral symptoms at all.

It is literally impossible to tell the difference between an “asymptomatic case” and a false-positive test result.

From the data we have, it still seems to be rare that an asymptomatic person actually transmits onward to a secondary individual,”

A meta-analysis of Covid studies, published by Journal of the American Medical Association (JAMA) in December 2020, found that asymptomatic carriers had a less than 1% chance of infecting people within their household. Another study, done on influenza in 2009, found:

…limited evidence to suggest the importance of [asymptomatic] transmission. The role of asymptomatic or presymptomatic influenza-infected individuals in disease transmission may have been overestimated…”

Given the known flaws of the PCR tests, many “asymptomatic cases” may be false positives.[fact 14]

Ventilators do not cure any disease. They can fill your lungs with air when you find yourself unable to do so yourself. They are associated with lung diseases in the public’s consciousness, but this is not in fact their most common or most appropriate application.

When we read the first studies and reports from China and Italy, we immediately asked ourselves why intubation was so common there. This contradicted our clinical experience with viral pneumonia.

Despite this, the WHO, CDC, ECDC and NHS all “recommended” Covid patients be ventilated instead of using non-invasive methods.

This was not a medical policy designed to best treat the patients, but rather to reduce the hypothetical spread of Covid by preventing patients from exhaling aerosol droplets.

19. Ventilators killed people. Putting someone on a ventilator who is suffering from influenza, pneumonia, chronic obstructive pulmonary disease, or any other condition which restricts breathing or affects the lungs, will not alleviate any of those symptoms. In fact, it will almost certainly make it worse, and will kill many of them.

Intubation tubes are a source of potential a infection known as “ventilator-associated pneumonia”, which studies show affects up to 28% of all people put on ventilators, and kills 20-55% of those infected.

Mechanical ventilation is also damaging to the physical structure of the lungs, resulting in “ventilator-induced lung injury”, which can dramatically impact quality of life, and even result in death.

Experts estimate 40-50% of ventilated patients die, regardless of their disease. Around the world, between 66 and 86% of all “Covid patients” put on ventilators died.

According to the “undercover nurse”, ventilators were being used so improperly in New York, they were destroying patients’ lungs:

You can watch here: https://youtu.be/UIDsKdeFOmQ

This policy was negligence at best, and potentially deliberate murder at worst. This misuse of ventilators could account for any increase in mortality in 2020/21 [Facts 2 & 6]

20. Masks don’t work. At least a dozen scientific studies have shown that masks do nothing to stop the spread of respiratory viruses.

One meta-analysis published by the CDC in May 2020 found “no significant reduction in influenza transmission with the use of face masks”.

While some studies have been done claiming to show mask do work for Covid, they are all seriously flawed. One relied on self-reported surveys as data. Another was so badly designed a panel of experts demand it be withdrawn. A third was withdrawn after its predictions proved entirely incorrect.

The WHO commissioned their own meta-analysis in the Lancet, but that study looked only at N95 masks and only in hospitals. [For full run down on the bad data in this study click here.]

Aside from scientific evidence, there’s plenty of real-world evidence that masks do nothing to halt the spread of disease.

For example, North Dakota and South Dakota had near-identical case figures, despite one having a mask-mandate and the other not: