Prepare For Change
Home Health Chicago Set to Lose 50% or More of Police Force at Midnight... 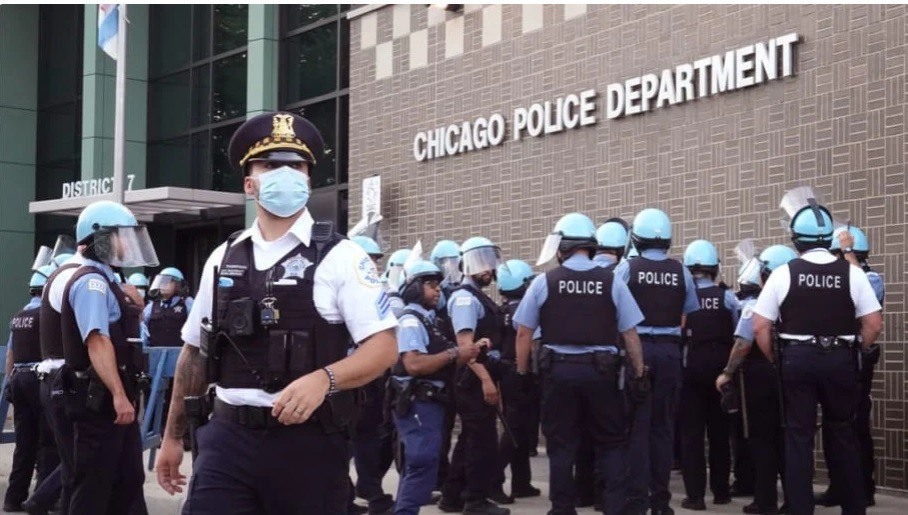 The Chicago Mayor is trying to force all of Chicago’s police officers to register at a portal supplied by the city that reveals whether or not they have proof of a COVID-19 vaccination. The officers have until midnight tonight (October 14, 2021) to register at the portal, or they will go into a “non-pay” status, which Catanzara claims is a new status that previously did not even exist.

Catanzara put out a video on Tuesday this week, directing officers to “hold the line” and NOT go to the portal and give the city their personal information. He does not believe the Mayor or the City has a lawful right to this information, which clearly violates HIPAA and other privacy laws.

Do not fill out the portal information. You are under no obligation to do that, other than the city’s demand.

Once you do that, we can never get information back.

We have no assurances from the city that that is secure. What that information is going to entail as far as going forward, who it can be shared with, etc. (nobody knows.)

The simple fact that they keep putting out public statements, emails, and having bosses call you, means one thing: our members are holding the line.

And officers from all ranks are not going into that portal. They clearly must have a very very low cooperation level, which is good.

It’s information they shouldn’t be entitled to.

Catanzara tells the officers to submit exemption forms today (Thursday) instead of going to the portal, and the union has supplied three exemption forms that are allowed by law in the State of Illinois for valid vaccine exemptions: medical, religious, and conscientious objection.

The forms are supplied on the Union’s website here.

In the video, Catanzara explains that they are prepared to file grievances with the Labor Board, and also take this to court and request a temporary restraining order (TRO).

In addressing the police officers, Catanzara makes it very clear that they are NOT calling for a strike or any other illegal action.

This is very clearly not a job action, not a call for a strike, none of that illegal stuff that I’m sure the city is going to try to make it out to be.

If the city maintains its current course, come midnight on Thursday/Friday morning, members will be forced into a non-pay status that did not complete the portal information or subject to testing thereafter.

He encourages all officers to report for duty Friday morning, and force their supervisors to send them home for not going to the portal and filling out the medical information.

If the city goes through with this, Catanzara states that 50% of the Chicago police force, or even less, will be on duty this weekend.

It seems that not only are the unvaccinated not going to the portal to surrender personal information, apparently many officers who have received a vaccine but consider the City’s demands illegal and an invasion of their privacy are also not complying.

Mayor Lori Lightfoot responded to Catanzara’s video by following the current script that the Globalists have written and that is being broadcast on their pharma-owned corporate media 24/7 now.

“If you are not vaccinated, you are playing with your life, the life of your family, the life of your colleagues, and members of the public. We don’t want to lose any more police officers for covid-19 deaths when a lifesaving vaccine is readily available.”

When questioned about the legal actions Catanzara stated the Union would take, she reportedly responded:

Watch John Catanzara’s entire message to the Chicago police, because you will not get an accurate account of what he said from the pharma-owned corporate media.

This is still on YouTube, but if it disappears, let us know as we have a copy and will get it back up right away on alternative video platforms.

Based Chicago Police Hold the Line Against Vax Mandate