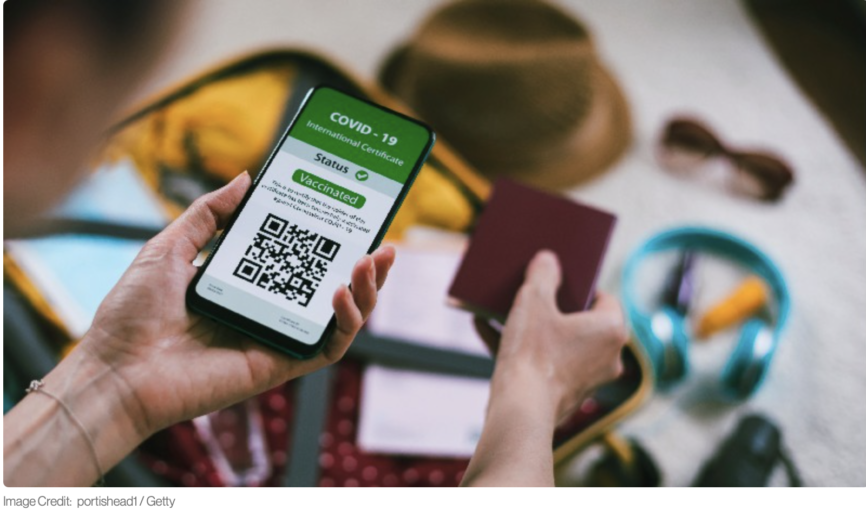 The World Economic Forum is pushing the replacement of paper passports with worldwide, digital passports.

The globalist forum has also proposed a digital “vaccine passport,” which presumably would be included in the paper passport’s replacement.

“The standard template for passports was created more than a century ago—and many argue that it’s due for a major rethink,” reads a WEF article published last month. “Economists and open-border advocates point out that tethering one’s prospects to a paper-based travel document, one originally meant to expedite queues at European train stations, has proven to be inefficient, costly, and ultimately inequitable.”

Interestingly, the article admits the eradication of paper passports works against national sovereignty because, as the above quote points out, it’s a proposal spearheaded by open-border advocates who want “seamless cross-border movement” by economic migrants who will fulfill millions of vacant jobs by 2030, presumably for lower pay.

Another article by the WEF promotes the adoption of a digital “vaccine passport” for international travel that would seemingly be a part of a general digital passport which replaces a paper one.

“The expectation is that with a vaccine, some aspects of life will return to normal – especially when it comes to travel – which has been particularly hard-hit. This is where a ‘vaccine passport’ or ‘e-vaccination certification of compliance for border crossing regulations’ might become a required travel document, to enable seamless border-crossing and the harmonization of varying national laws,” according to the WEF article, with emphases added.

It’s noteworthy that both proposals share the same agenda, emphasized above, indicating that they are meant to be adopted in tandem.

A digital passport would also be less private in comparison to a paper one given that it could tie into medical and tax records while conceivably tracking a person’s movements.

It could also conceivably be used to enforce carbon taxes on individual travelers, thereby restricting private travel by making it prohibitively expensive except for, say, economic migrants who are filling jobs for less pay to the advantage of multi-national corporations which will then be less burdened by carbon taxes.