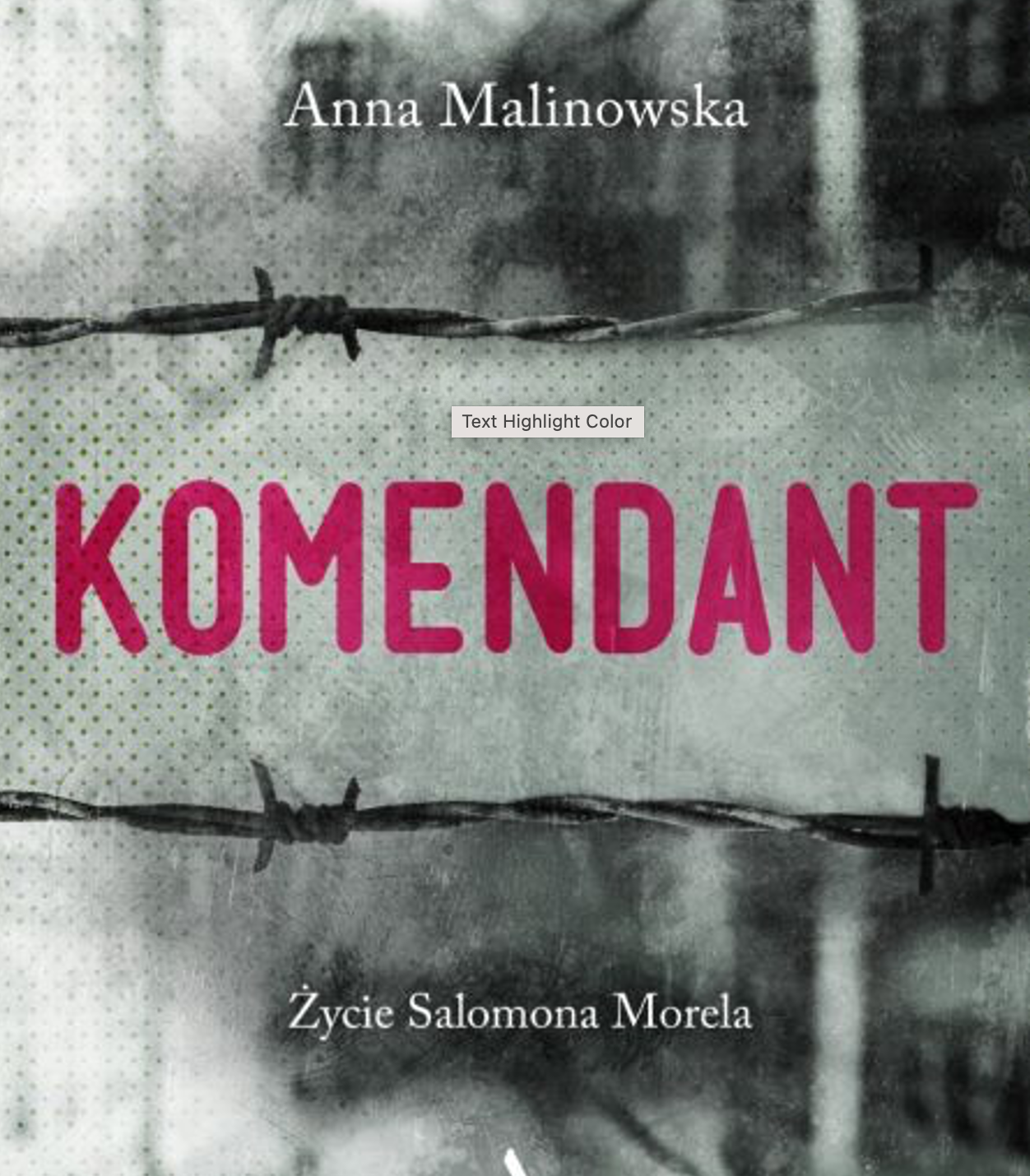 Provided by one of our members:

A Low-Keyed Approach to Communist Criminality. Polish Jew-Killing Was Justified

The author touches on Morel’s crimes in a manner devoid of moral urgency. Then again, it is not surprising, in view of the fact that Anna Malinkowska is with GAZETA WYBORCZA, a newspaper known for its Judeocentric and leftist tendencies.

Salomon Morel was part of the abundant post-1944 Zydokomuna. He was the Komandant of a number of Communist camps, and his crimes have previously been described along with the crimes of some of his ilk. See:

Israel refused Polish requests to extradite Morel, pointing to his advanced age and illness. (p. 358). Funny how these considerations never count for Nazis or accused Nazi collaborators prosecuted for killing Jews. Think of the Ukrainian-American John Demjanjuk, who was even older than Morel at the time of his repeated trials. Evidently we have another Talmudic-style dual morality in force.

Another lame excuse given by the Israelis, for sticking up for Morel and his criminality, is the fact that Poles killed nearly 1,000 Jews (as in property disputes) after the war. (p. 359). What does one have to do with the other? And if we apply this fairly, why not excuse Jew-killers because of all the wrongs Jews have done to non-Jews? We could even validate Nazi apologetics for the Holocaust by pointing to all the Germans that had ever been killed by Jewish Communists.

The State of Israel pointed out that extraditing Moral would be inconsistent with Israeli law. (p. 357). How convenient.

Morel claimed to have been at Auschwitz, but in fact never was there. (p. 82). In later life, Morel exculpated his own conduct by the fact that he lost both parents in the German-made Holocaust. (p. 365). So I guess that all the countless Poles that lost parents in the war should also be sweepingly excused of any criminality.

THE PERKS AND PRIVILEGES OF JEWISH U. B. (BEZPIEKA) LEADERS

Communism made some people more equal than others, as illustrated by the nomenklatura. Author Malinkowska cites Frank Blaichmann, whom Jewish colleagues called crazy for resigning from the Urzad Bezpieczenstwa (Bezpieka). They asked how he could give up all the privileges–the lifetime employment, a car, a driver, a motorcycle, and a house. (p. 76).

In later life, Salomon Morel got a good pension from the Polish government (p. 390), of course at the expense of the Polish taxpayer.

Salomon Morel, along with many other Jews, was bypassed by the events of March 1968. Morel exonerated his long-term colleague Mieczyslaw Moczar of antisemitism, suggesting that Moczar’s statements about Jews were based on political posturing rather than conviction. (pp. 245-246). [This is consistent with the premise that Polish Communists, who wanted all the power for themselves, used the Jewishness of Jewish Communists as an excuse for depriving them of power.]

In his JUDENJAGD (Hunt for the Jews) and NA POSTERUNKU (At the Police Station), Jan Grabowski vel Abrahamer accuses the Policja Granatowa of freely and wantonly killing fugitive Jews out of (what else?) anti-Semitism. The truth is rather different, and the experiences of Morel’s parents is instructive.

During the German-made Holocaust, Morel’s parents hid at the Gesik barn at Garbow (Lublin Viovodship), two doors from the church. Their presence was known to many villagers, to the Blue Police, and to Pastor Dominik Przyluski. The latter commanded that food be brought to the hidden Morels. For a while, all was quiet.

In time, however, the villagers began to ask difficult questions: What happens when the Germans find out about the Morels? Will we also go to Majdanek? Will they burn down the whole village?

The villagers cracked, and they went with pitchforks and clubs to do away with the Morels. A member of the Policja Granatowa shot the Morels. Father Przyluski had a heart attack. (p. 371).

For many more testimonies of Polish villagers and Policja Granatowa killing fugitive Jews out of mortal fear of the Germans, see:

HOW MANY OF POLAND’S JEWS SURVIVED THE SHOAH?

Malinowska cites Aleksander Namyslo of the IPN, who estimated that not more than 425,000 Polish Jews survived the German-made Holocaust. (p. 229). Note that this upper limit is significantly higher than that of some other estimates.