From itv.com, Be Afraid..Be Very Afraid….if you are not yet…

The new Covid variant has been renamed Omicron and has been designated a “variant of concern” by the World Health Organization (WHO).

It comes after Health Secretary Sajid Javid warned Omicron is “of huge international concern” and could pose “substantial risk to public health”.

The health secretary told the Commons that it could “be more transmissible” than the Delta variant and “current vaccines may be less effective against it”.

Mr Javid said the government’s Plan A for handling coronavirus throughout the winter through vaccines remains in place, but he would not rule out a tightening of social restrictions.

And despite emergency measures to block flights from several southern African countries coming into effect on Friday it will still reach the UK, the transport secretary has said. 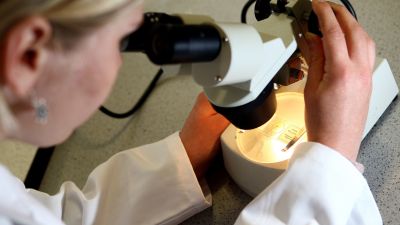 Grant Shapps told ITV News that “in the end these things spread everywhere” and his move to place six countries on the red list is only about delaying the mutant’s arrival.

Ministers acted quickly over the new Omicron variant, with border controls being enforced from midday today, after learning it could potentially evade vaccines.

The chief medical adviser at the UK Health Security Agency (UKHSA) Susan Hopkins said the B.1.1.529 variant is “worrying” and could penetrate people’s immunity from prior coronavirus infection.

Professor John Edmunds, who advises the Government as part of the Scientific Advisory Group for Emergencies (Sage), warned that Omicron’s arrival in the UK – while a Delta variant surge is ongoing – could create a “very, very, very difficult situation”.

Belgium became the first European country to announce a case of the variant on Friday afternoon.

Covid Omicron variant: These are the new rules if you’re coming to the UK

The EU is moving to impose a flight ban from southern Africa to the bloc and several of its nations have already enforced one on their own.

EU Commission President Ursula von der Leyen said flights “should be suspended until we have a clear understanding about the danger posed by this new variant, and travelers returning from this region should respect strict quarantine rules.”

She added: “We do know that mutations could lead to the emergence and spread of even more concerning variants of the virus that could spread worldwide within a few months.”

Ms Hopkins of the UKHSA warned the Omicron variant “could evade the immune response, both from a vaccine and from prior immunity”.

She told ITV’s Good Morning Britain: “It could be more transmissible. It could be more infectious. At this point, I think it’s a precautionary approach while we learn more about this virus to keep the numbers coming in from the southern African countries to a minimum, to allow us to time to get that information.”

There have been no reported cases of the variant in the UK but sequencing is being carried out around the country to determine if any cases have already been imported.

The health secretary insisted the UK remains in a “strong position” thanks to “tremendous gains” made through vaccinations, but said getting a booster jab “could not be more important”.

“This variant is a reminder for all of us that this pandemic is far from over. We must continue to act with caution and do all we can to keep this virus at bay, including once you’re eligible getting your booster shot.”

The World Health Organization (WHO) has called a special meeting to discuss how the global community should react to the new variant, Mr Javid added.

What do we know about the Omicron variant and should we be worried?

The WHO said it could take weeks to ascertain whether vaccines are effective against the new variant, as it urged countries to refrain from “knee-jerk responses”.

Dr Michael Ryan, the head of emergencies at the WHO, said: “We’ve seen in the past, the minute there’s any kind of mention of any kind of variation and everyone is closing borders and restricting travel. It’s really important that we remain open, and stay focused.”

Airline shares plummeted amid reports of the Omicron variant, with Lufthansa falling 12.4%, IAG, parent of British Airways and Iberia, down 14.4%, Air France-KLM down 8.9% and easyJet falling 10.9%.

“I think this is an evolving virus and it’s going to continue to evolve as we learn more. From our point of view the fact that this virus is reaching a very immune population is worrying.

“Clearly vaccines will help because it will boost the antibody responses and the T cell responses in our body, which will help us fight variants. So global vaccination is a key component of that.”

Covid rates are rising across Europe, with a number of countries including Austria and the Netherlands reimposing social restrictions.

Germany has drafted in help from its air force in order to transfer Covid patients from hospitals where Intensive Care Units have become overwhelmed.

Professor Adam Finn, a member of the Joint Committee on Vaccination and Immunisation (JCVI), said new restrictions could not be ruled out in light of the variant.

He told ITV’s Good Morning Britain that more needed to be learned about a new variant of the virus which causes Covid-19 to assess the threat it poses, but that a jump in cases in South Africa could be linked to the variant’s enhanced transmissibility.

Prof Finn said: “If we’re lucky, it won’t be a serious one, but it could be very serious.”

He said he could not predict if this would affect Christmas.

“On the one hand, I don’t want to induce unnecessary anxiety in people, but on the other hand, I think we all need to be ready for the possibility of a change in the restrictions,” he said.

“There are a number of things going on now to understand this, to look for it, to trace it, to hopefully stamp it out if it is already here,” he said.

Listen to the ITV News podcast – Coronavirus: What you need to know

Prof Francois Balloux, Professor of Computational Systems Biology and Director at Genetics Institute said: “B.1.1.529 could well represent another setback after the emergence and global spread of the alpha and delta variants.

“That said, B.1.1.529 is most unlikely to fully escape immunisation provided by vaccination and prior infection.  The objective now should be to further increase vaccination rates, including administration of a third dose for anyone most at risk.  With high vaccination rates and promising drugs on the horizon, a possible B.1.1.529 wave should be far less painful to weather than the alpha and delta ones.”

The UKHSA designated it a “variant under investigation” on Thursday.

The chief executive, Dr Jenny Harries, said: “This is the most significant variant we have encountered to date and urgent research is underway to learn more about its transmissibility, severity and vaccine-susceptibility.”

Flights from South Africa, Namibia, Lesotho, Botswana, Eswatini and Zimbabwe will be suspended from midday on Friday after being added to the red list.

From 4am on Sunday, anyone who arrives in the UK from South Africa, Namibia, Lesotho, Botswana, Eswatini and Zimbabwe must quarantine in a government-approved hotel for 10 days at a cost of £2,285 for one adult.