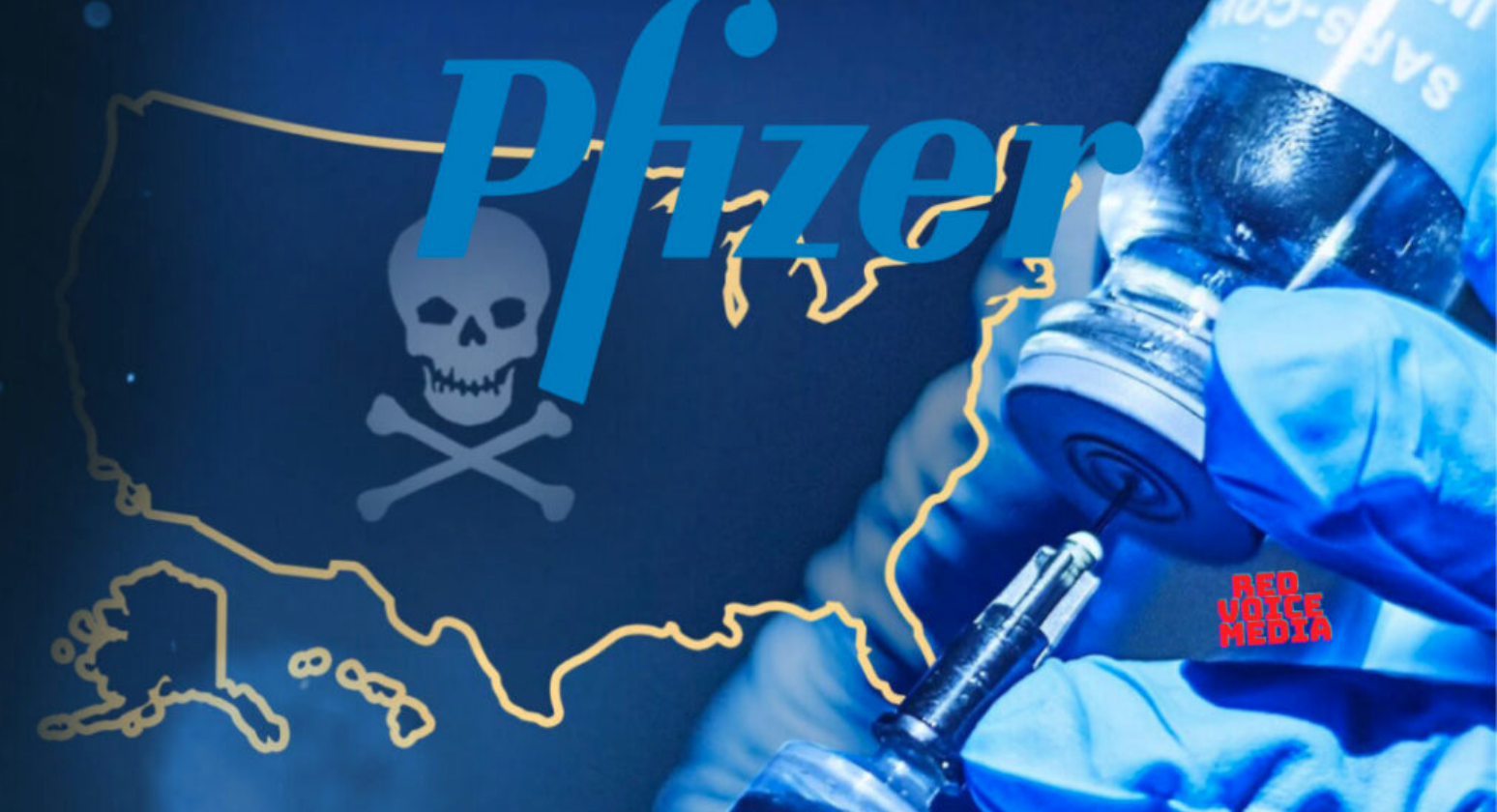 In a report that seemingly flew under the radar in early October, a former Pfizer employee who now works as a pharmaceutical marketing expert and biotech analyst presented research that reportedly found recipients of the Pfizer jab are more likely to get COVID than without having been jabbed.

Renz, who has reportedly been immersed in numerous critical lawsuits against federal agencies connected to fraud and abuses of medical freedom rights since the onset of the pandemic, introduced Kingston during the conference and showcased the documents she provided.

One such document presented was a September 17th “FDA Briefing Document” that was titled “Application for licensure of a booster dose for COMIRNATY (COVID-19 Vaccine, mRNA),” which included a report pertaining to a study conducted by Pfizer that examined the length of immunity provided by their COVID jab.

The primary research, which included over 36,000 people, found that those who had the Pfizer COVID shot schedule earlier were more likely to get infected with the virus than those who received it later, suggesting a probable “waning of immunity” for the injections.

Furthermore, since both groups were assessed during the same time period, with the latter including a long placebo interval of over five on average prior to injection, the placebo group was abnormally unaffected.

Speaking with LifeSite News, Kingston noted that this revelation is quite curious since the placebo group – in theory – should have had higher infection rates.

“There should have been more people infected in the placebo group because they were going on longer without any protection.”

This, according to Kingston, would seem to imply that individuals who are injected with the Pfizer COVID shot had an even larger likelihood of contracting COVID-19 than the 36% difference seen in this section of the research.

Furthermore, as noted in the FDA Briefing Document, it was pointed out that “An additional analysis appears to indicate that incidence of COVID-19 generally increased in each group of study participants with increasing time post-Dose 2.” Kingston says this further cements her theory on the Pfizer jab, saying “if you have two doses of Pfizer, your rate for getting infected increases over time.”

The analysis looked primarily at the placebo group, comparing their risk of infection in the first four months, when patients had no protection, to the four months after their injections with the Pfizer medicine, which Kingston termed as being “super alarming” – namely because the placebo group’s infection rate prior to the jab was 1.3% whereas, after the Pfizer schedule, it jumped up to 4.34%.

According to pertinent global statistics, studies suggest people who have had their COVID injection have a higher risk of infections, hospitalizations, and fatalities than those who have not. Take, for example, a report from July that saw 40% of COVID-19 hospitalizations in the U.K. were from those who’d been fully jabbed, as well as a September report that notes Public Health England found that 63% of Delta variant death in the U.K. had also received the jab.

Israel has also seen similar trends. Dr. Kobi Haviv, director of the Herzog Hospital in Jerusalem, showed in early August that much of the country’s population has received their COVID shots, and yet “85-90% of hospitalizations” of COVID hospitalizations were among that demographic.

During the September 25th conference, Renz began to speculate on whether the Pfizer and FDA documents suggest that Pfizer’s COVID shot may inadvertently result in a form of viral shedding that is harming those who haven’t received a COVID jab due to some spending so much time among jab recipients and likely in close proximity.

Renz showed an example from a Pfizer COVID-19 shot research paper that said that if a woman was discovered “to be pregnant while being exposed” to the study intervention, even if it was merely via “inhalation or skin contact,” she had to report it to the company’s safety department.

The Pfizer paper goes on to say that if a “male family member or healthcare provider who has been exposed to the study intervention by inhalation or skin contact” subsequently exposes “his female partner prior to or around the time of conception,” this must be reported as well.

“Why is that a reportable safety event? It doesn’t make any sense. Well, it makes total sense if [shedding] is happening.”

Dr. Peter McCullough noted in a late August article that a study “found vaccinated individuals carry 251 times the load of COVID-19 viruses in their nostrils compared to the unvaccinated.”

“While moderating the symptoms of infection, the jab allows vaccinated individuals to carry unusually high viral loads without becoming ill at first, potentially transforming them into presymptomatic superspreaders.”

Dr. McCullough implied this theory could be the reason that areas with higher rates of jabbed individuals are experiencing a “prominent outbreak” of COVID.