With the hybrid world war III raging towards planetary liberation, it is time to think about what victory will look like. As the December 21st winter solstice is upon us, we must imagine a world where love, hope, ambition, charity, friendship and all those good things dominate public and political discourse. Once we are liberated we will be able to decide for ourselves what kind of world we want today, tomorrow, five years from now, a thousand years from now etc. There can be no doubt we are about to enter an era of exponential expansion of earth life, including human life, into the universe. So, please think about what an ideal planet would look like and how we can get from here to there.

Ok, now let us look at how the war to liberate the planet earth is proceeding. Remember, Western humanity has been hijacked by an ancient Satanic cult. The so-called leaders of most Western countries have used lies, murder, bribery and fear to manipulate us to their evil end goal of permanent slavery for most of humanity. Their public discourse is getting increasingly strident and scare-mongering: Russia is about to declare war, China is about to declare war, Iran is about to get a nuclear weapon, Omicron, etc. are going to kill us all, we must vaccinate, vaccines are killing us, etc. You get the picture; we are living in a dystopian reality. What we need to realize though is the increasingly negative invective being spewed out by the corporate propaganda media is a sign of sheer panic and fear amongst the Satanic elite. 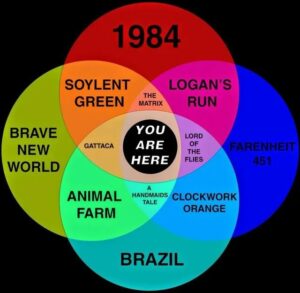 In the UK, for example, the military and intelligence community are declaring war against the deeply compromised civilian leadership. Here is some raw intelligence about this from the head of MI6:

MI6 asked me to take over so I am just doing my job. The Queen was far too soft and also deeply compromised by KM so I was asked to take over with an iron fist. These paid traitorous dopes will all hang by the neck. The US NIH SARS WHO-approved prescription [of vaccinations] means in law a criminal conspiracy to commit mass murder, crimes against humanity, war crimes, High Treason all of which is being reviewed in a Military Court Marshal.

This is some of the evidence that will hang them:

In its Week 42 “COVID-19 vaccine surveillance report,” the U.K. Health Security Agency admitted on page 23 that “N antibody levels appear to be lower in people who acquire infection following two doses of vaccination.” It goes on to explain that this antibody drop is basically permanent

Read it for yourself… Page 24.

Top bureaucrats in Ireland and the UK Martin Fraser and Simon Case along with the last six sitting prime ministers will also be hanged, MI6 says. UK Prime Minister Boris Johnson has also been stripped of all his power, the agency says.

This video of British Police retreating from anti-vaccine protesters is a sign of these changes, according to Mossad sources.

There is also an ongoing hunt and kill operation directed against Satanic child predators in the US, CIA sources say. Here is some of the evidence of their crimes from the recent WikiLeaks release by agency sources who supported Julian Assange:

In an e-mail sent to John Podesta and several of his friends cc’d in 2015, Tamera Luzzatto wrote that children would be Uber’d to their pool party for “entertainment” purposes. The name & ages of three children were listed in the e-mail. These names also popped up on a disturbing password-protected site, run by Luzzatto, called Evie’s Crib. The blog tagline read you could view infants “raw and uncut”. The site also had sexually explicit tab titles and linked to another disturbing site, Jack’s blog, that advertised that unrated versions of naked babies were available to premium subscribers.

Here are the photos and images that corroborate this: 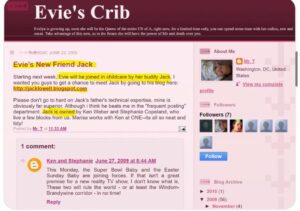 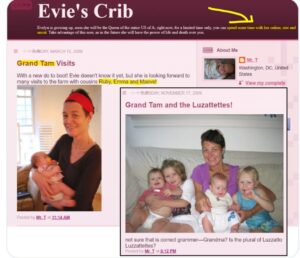 We know that Julian Assange was murdered years ago but something caused agencies to release his files again. We would like to ask our readers to help go through them and find important things to share with the rest of us.

This hunt of pedo-predators is even being reflected in corporate media reports such as the following:

A Nevada criminal complaint against a mom who allegedly pimped out her 9-year-old daughter to longtime CNN producer John Griffin in Vermont discloses disturbing new details about the sick arrangement.

Then this came out: “Project Veritas says the person recorded fantasizing about the genitals of an underage girl is CNN producer, Rick Saleeby.”

Now suddenly CNN is closing its offices supposedly because of the non-existent “COVID.”

The next thing we need to look at is the ongoing international cyberwar aimed at cutting off the Khazarian mafia’s control of finance and large IT conglomerates. On this front the capture in Antarctica of EU head Christine Lagarde and Davos head Klaus Schwab has stripped the Khazarian mafia of control over the international SWIFT money transfer system, Mossad sources say.

Russia, India and China will develop shared financial structures to enable them to deepen economic ties in a way that foreign states will be unable to influence, the Kremlin has announced

Also, we have directly confirmed that international monetary transfers now only require a seven-digit code for a bank branch and a person’s bank account number. Transfers no longer take many days and all that SWIFT information is not needed.

On the IT front, Mark Zuckerberg has definitely been stripped of control of Meta, the new name for Facebook.

Facebook parent Meta announced Thursday the shutdown of some 1,500 accounts tied to “cyber mercenary” companies accused of spying on activists, dissidents and journalists worldwide on behalf of paying clients. Meta unveiled plans to alert about 50,000 people it believes may have been targeted in over 100 nations by firms that include several based or founded in Israel, which is a leading player in the cyber-surveillance industry.

Of course, the Khazarian mafia is fighting back. Israel is leading a ten-country “simulation” of an assault on the global financial system that includes “representatives from the US, UK, United Arab Emirates, Germany, Italy, Austria, Switzerland, the Netherlands, Thailand, the International Monetary Fund and the World Bank.”

It is pretty obvious that so far, at least Turkey and Lebanon have been hit hard by this attack. The Lebanese pound has collapsed from 1500 to the dollar to around 25,000 to the dollar. Turkey meanwhile has been forced to shut down its stock markets as its currency plunges 54% year-over-year, while inflation hits 21%.

It is a pretty good guess crypto-currencies will also be looted soon by the Khazarian mafia as they struggle to keep their fake Biden regime afloat.

However, these efforts are mathematically doomed for failure. US federal debt is $287,859 per income-tax-paying household -based on the official 28.9 trillion debt level. However, if you go by the St. Louis Federal Reserve Board and other estimates that the real debt including things like unfunded liabilities is over 200 trillion. That works out to about $2 million in debt per household.

The fact is the Khazarian mafia owners of the US Corporate government are bankrupt. That is why containers are piling up offshore Los Angeles while the UK faces miles-long lines of trucks waiting for something.

This is why murder records are being shattered all over America while retail outlets are being looted and Americans are refusing to work for slave wages.

While the West remains mired in its undeclared civil World War III, China and India are threatening to leave us in the dust as they usher in the Hydrogen age of unlimited energy. In the latest development on that front,

Remember, none of us should be paying for gas when we could fuel our cars with hydrogen made from solar panels on the roofs of our cars and houses.

“If you say, ‘Your paycheck depends on [being lobotomized with a vaccine], or you will lose your ability to enjoy life and go do the things you want to do,’ people will make the practical decision,” the New York mayor said in a CNN interview.

That is why New York Senate and Assembly want to pass a bill that would let them arrest anyone suspected of presenting a “significant threat to public health.”

Don’t worry, it is people like de Blasio who are being arrested and hauled off to the Thule Airbase, US Space Command sources say.

In Australia, the arrest of politicians has also started. The Victorian Police let Lynn Bennetts post the Lawful Sanctioned Moratorium Trespass Notice on the Victorian Parliament, the Supreme Court etc. The police are complying with this. “The Sherriff is issuing arrest warrants to major leaders, politicians and bureaucrats; the deep state is about to be removed,” Australian intelligence service sources say. 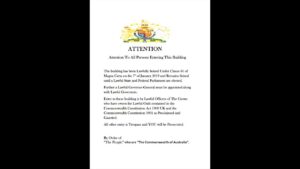 Already Victorian Premier Daniel Andrews has gone into hiding after being summonsed to appear at court on charges of ‘concealing treason’.

Similar things are happening all over the world, multiple sources say. The overall target of these attacks is the Octagon group in Switzerland and the leadership of the Chabad Death cult. This photograph of a young Bill Gates with a Chabad Satanist reveals much about their power. 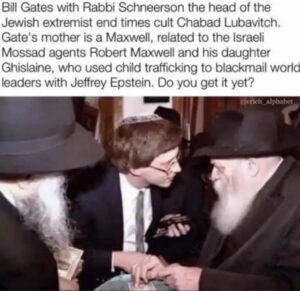 Finally this week, we are again going to end with some space opera. Something is happening in Antarctica where large planes are being sent to set up some kind of command post outside of the control of any existing world governments.

Our sources in the United States Space Command say something truly mind-boggling and historic is about to be revealed. They still won’t say what but did titillate us with the following photo they claim is a “genuine photograph of a crashed UFO on mars.”

The Space Command has promised to invite this writer to visit the Thule Airbase “soon.” If this happens, we will share what we see with our readers and viewers.

As usual, though, it is up to us humans to liberate ourselves and not wait for a giant mothership to do the job for us.