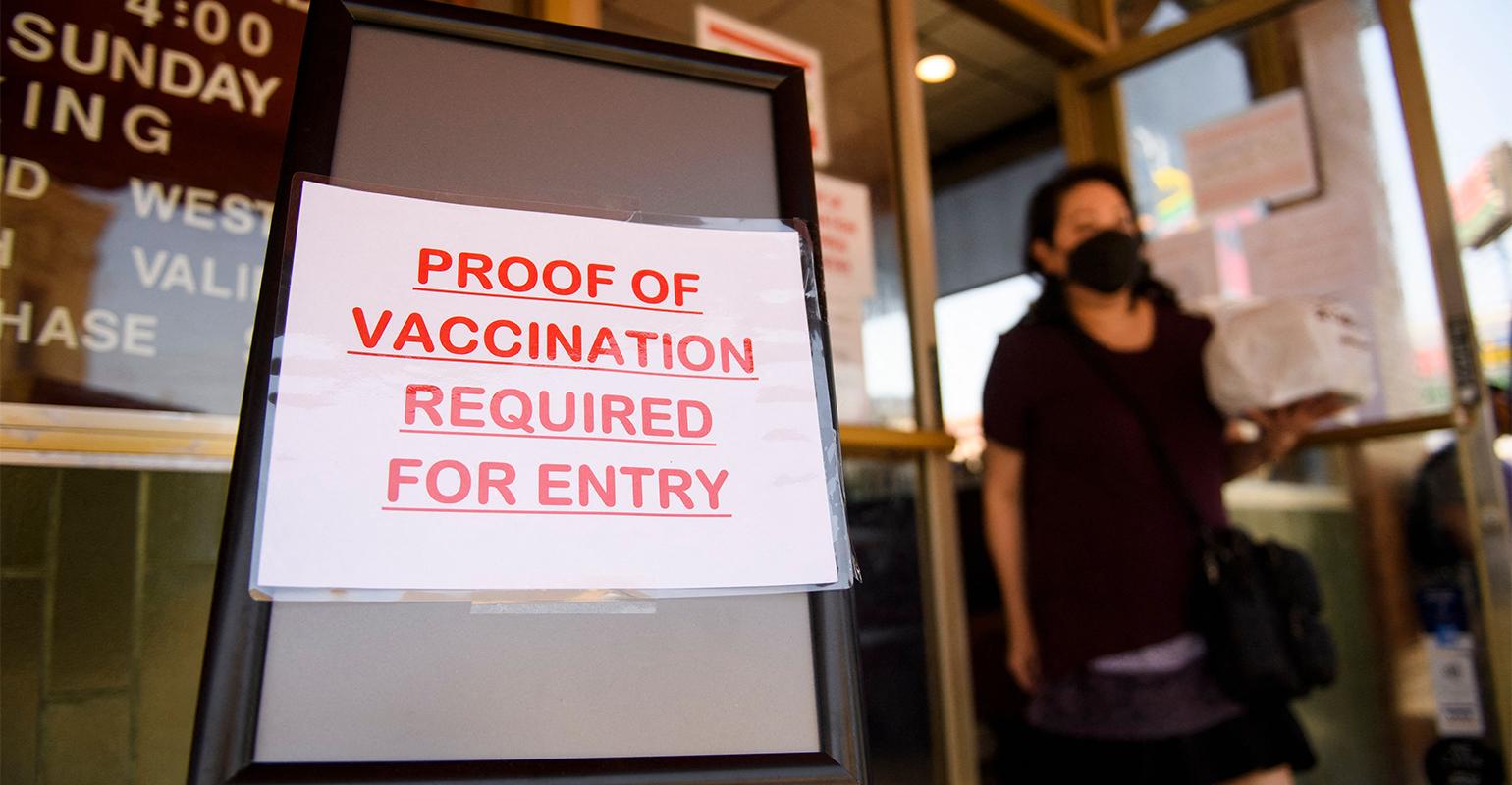 DONALD Trump’s NYC restaurant turned away a group of anti-vaxxers on Thursday for refusing to show proof of vaccination.

The diners tried entering Trump Grill, located within the former president’s Trump Tower on Fifth Avenue, according to video from the scene.

“We came to Trump Tower because we thought Donald Trump was supposed to be for America, he said he’s against vaccine mandates,” one unmasked protester said.

“It would make him look good. But instead, he’s had his people not serve us and it just exposed him as a fraud,” the anti-vaxxer said. “All talk but no action.”

In New York City, anyone who is five years or older and wants to dine indoors, see a performance, or go to the gym needs to show proof that they’ve had at least one Covid vaccine dose.

But the group outside of Trump Tower this week wasn’t having it – even as a police officer explained the rules to them.

The cop explained that Trump Grill didn’t have to prove anything to the protesters.

“You can make 10 reservations, that doesn’t guarantee [anything.] It’s not a constitutional right,” the officer said of dining at a restaurant.

Days ago, during a live interview with Bill O’Reilly, Trump revealed he had received his Covid booster shot – and was booed by the crowd.

While Trump has expressed opposition to vaccine mandates, he has long taken credit for the vaccines developed during his presidency.

The Big Apple has launched some of the most aggressive measures to combat the spread of coronavirus.

About 5.9million adults have gotten at least a first dose, out of seven million people age 18 and up – roughly 84 percent – while 5.8million New Yorkers of all ages are fully vaccinated.

COVID IN THE BIG APPLE

“We’ve been through them. They were devastating. We can’t go through it again.”

On Thursday, it was announced the city’s annual Times Square celebration would be scaled back from what would usually accommodate about 58,000 people to about 15,000.

Everyone there must show proof of vaccination and wear a mask.