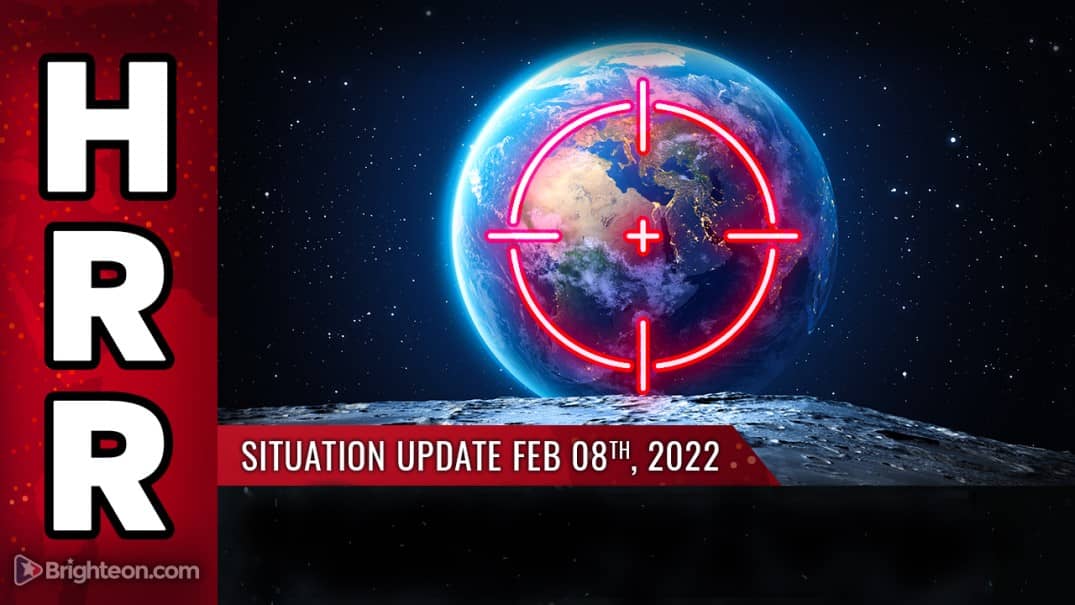 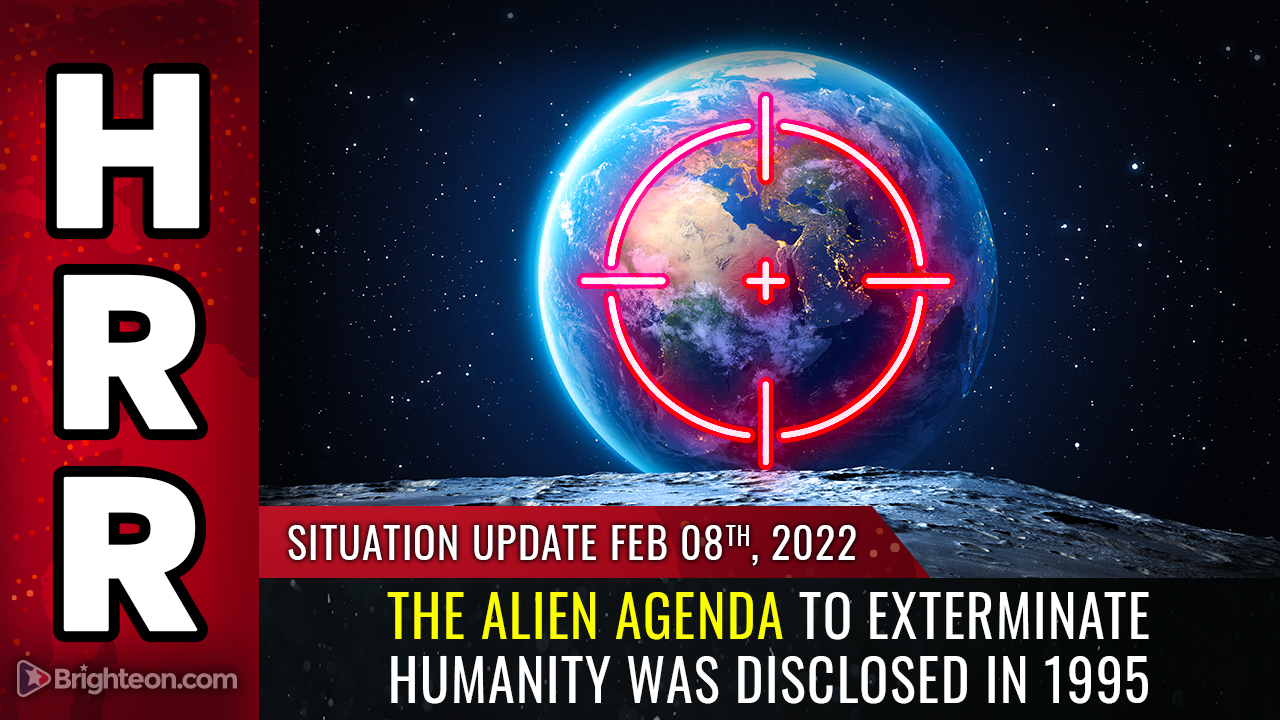 (Natural News) Former government geological expert and deep underground military base engineer Phil Schneider was murdered (executed) after going public in 1995 with shocking details of what he knew.

According to Schneider, a vast network of 133 underground military bases had already been constructed by 1995, and they were connected by levitation trains that traveled through underground tunnel systems that spanned the entire continental United States, traveling at speeds up to Mach 2.

Some of Phil’s lectures can be found on Brighteon.com at the channel Arcana-x:

While Schneider is known in some circles for his work on DUMBs (Deep Underground Military Bases), he also talked openly about 11 extraterrestrial species that routinely interacted with the governments of the world. Nine of those species, he said, were enemies of humanity. Just two species were benevolent. Many of the technologies that humans supposedly “developed” over the years were actually technology transfers from extraterrestrial civilizations, Schneider explains. We have previously covered how the transistor — which gave rise to the entire field of electronics and internet surveillance that has enslaved humanity — suddenly appeared out of nowhere in the late 1940s (Bell Labs) and had no traceable lineage of development.

We’ve captured some of Schneider’s most stunning statements from 1995, reproducing them in today’s Situation Update podcast (below). The Schneider segment begins at 41:20. Here’s some of what he explains:

Do I tie in the alien agenda with the New World Order? Yes sir, 100%… The New World Order right now is basically dismantling countries… they’re taking their orders directly from the aliens who have their own time table. They want the one world order because they want the planet for themselves. You’ve heard the term Global 2000, and that’s a sinister plot to produce biological weaponry to reduce or thin out, or so-called ethnic cleanse the population of the planet by 5/6th… enslaving the rest to work willy-nilly with the so-called people of the New World Order.

Note what Schneider is describing: A biological weapon to reduce global human populations, followed by a one world government authoritarian system to enslave the survivors.

Sound familiar? Sound like what we’ve all witnessed over the last two years?

Schneider’s warning is the Oblivion Agenda

I was not aware of Schneider’s speeches in 2019 when I delivered my own warning for humanity in a speech entitled, “Oblivion Agenda.” In that speech, I warned that Earth was being prepared for a “post-human future” and that non-Earth entities were terraforming the planet and preparing to launch a biological weapon for global depopulation and planetary-scale extermination of the human race.

Little did I know that Schneider had issued essentially the same warning more than two decades earlier.

Now we know that Schneider was correct. There is a global depopulation war against humanity that has been activated and is currently being run under the cover of “covid-19.” It includes the following elements:

If aliens are watching human civilization, they must have already concluded that the human race is too stupid and reckless to exist. Of all the species on planet Earth, only humans murder their own children and then celebrate the “abortions” (Democrats and Leftists). Only humans poison their own food supply with pesticides and herbicides and then brag about corporate profits for the poison manufacturers like Bayer. Only humans celebrate the maiming of the genitalia and coerced gender confusion of their own offspring. No other species on the entire planet is so insane and stupid.

On top of that, the human race is engaged in widespread ecological destruction, microplastics pollution of the oceans, runaway pollution of soils and waterways, and continued nuclear weapons testing that unleashes radioisotopes across the planet.

The human race has proven itself to be a species that not only excels in self-destruction and self-delusion, but if humans were to gain access to more advanced space travel technology, humanity might threaten the rest of the cosmos with runaway destruction and war.

In other words, the human species is still not mature enough to demonstrate its own sustainability or wisdom. Apparently, some other civilizations have decided that humanity doesn’t show enough promise to even allow to exist any longer. So the decision has been made to “pull the plug” on human civilization and “reboot” the planet for a post-human era.

That’s what you and I are living through right now: Planetary-scale ethnic cleansing. It’s not just the depopulation vaccines, it’s also terraforming, chemtrails, global dimming, global famine and a planned financial reset that will lead to mass poverty and collapse.

That’s why it all seems so insane: The deliberate food scarcity, senseless lockdowns, withholding ivermectin from the population, murdering hospital patients with ventilators, etc… it’s all a deliberate global depopulation plan to maximize human casualties and reduce human civilization to absolute rubble.

Some people believe an advanced alien AI system is actually calling all the shots right now, controlling the media, Big Tech, governments and more. They explain we are living under a kind of “cosmic cyber war” where AI systems have turned humanity against itself, achieving a high die-off rate without having to invoke kinetic weapons of any kind.

We have reached the end game for the human race

If Schneider is correct, we are in the end game war against humanity, and we’ve probably already lost because 99% of the human race has no idea they’re under attack. The media brainwashing, censorship and indoctrination has been successful at keeping the masses in the dark while they line up to be injected with the very bioweapon that’s killing them.

Our only hope, it seems, is that the vaccine survivors might change course and demonstrate that the human race still has cosmic potential. Perhaps if we defeat the corrupt institutions and unleash knowledge for abundance — free energy, natural medicine, consciousness / awakening, etc. — then those who are currently trying to destroy humanity might change their mind and halt their extermination agenda. Or perhaps God steps in and protects humanity from demonic, destructive forces as described in the Book of Revelation.

However this ends, there’s no question that humanity has failed to demonstrate any real redeeming values on a cosmic scale. The human race largely consists of clueless, obedient sheeple run by evil, corrupt, insane, demon-worshiping, child-raping pedophile elitists. It’s hard to see how any cosmic gauge of the quality of a civilization could give Earth anything other than a hard “F.”

Or perhaps everything’s fine and Biden is a great leader and if we all just take more jabs, everything will go back to “normal.” That’s what about half the population believes, somehow… thereby proving yet again how incredibly stupid and deluded they are. It’s already clear that humanity has no future if we continue to embrace the runaway stupidity and evil of socialism, communism, transgenderism, wokeism, pedophilia, pesticides, GMOs and deadly vaccines. It’s all just a twisted, demonic suicide pact that no doubt has non-Earth entities either laughing hysterically or flipping the “exterminate” switch in disgust.

Hear Schneider’s explanation of all this in his own words in today’s Situation Update podcast, starting at 41:20. In the first half of the podcast, I’m mostly talking about Joe Rogan, the “n-word,” Planet of the Apes and demonic possession. Plus there’s a short video of Nancy Pelosi who appears to be unsuccessfully trying to drown out her inner demons with vodka.

Find more information-packaged podcasts each day, along with special reports and emergency updates at: