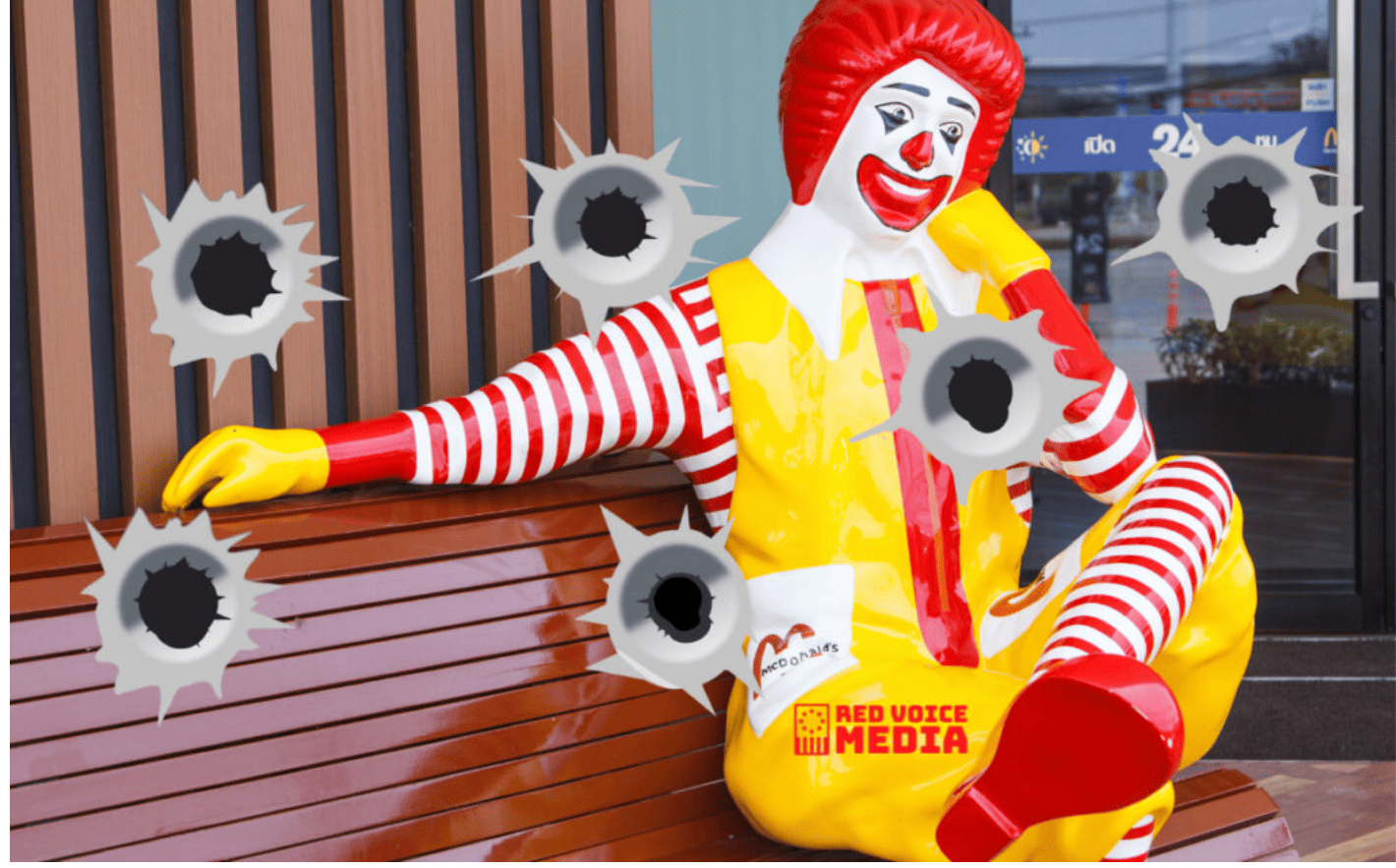 Another reason to start collecting guns?……..

SALT LAKE CITY, UT – A 27-year-old man was arrested last week, as officials say the suspect’s four-year-old son opened fire at police after allegedly being told to by his father.

According to local reports, the series of incidents leading up to cops being shot at was sparked initially over an incorrect food order at a McDonald’s drive-thru.

The incident occurred on the afternoon of February 21st at a McDonald’s located off of 425 West 7200 South. Authorities say 27-year-old Sadaat Johnson had become irate with McDonald’s employees over a incorrect order, allegedly brandishing a firearm at the drive-thru workers.

After the employees told Johnson they’d correct his order, they contacted police, who arrived on the scene shortly thereafter and were able to locate Johnson’s vehicle.

The officer who noticed the weapon was able to quickly redirect the weapon away from other officers – but he still managed to suffer a graze wound from when the gun was fired.

It was at this time that the officer was able to see the shooter, a four-year-old boy seated in the backseat of Johnson’s Honda, right next to his three-year-old sibling. Officials say the child had fired the gun after being told to by his father.

Luckily, outside of the graze wound sustained by the officer, no one was seriously injured during the incident.

Johnson was arrested under charges of felony child abuse and the threatening use of a dangerous weapon. As for the two children, state social workers reportedly took custody of them.